Well, after the issues with the switch were resolved it was time to try to start the little Benelli.

I should say that all I’ve done to the engine is change the oil and clean the points. I reckon it was dropped by an Italian teenager a very long time ago and, having broken the gear change spindle, laid up for later repair.  Although showing the inevitable signs of neglect on the cycle parts the engine was undisturbed and still had oil in it some I reasoned why meddle, at least try it. And being a four stroke no crank seals to worry about!

It is a bit awkward to kick over as it’s left sided but the first attempt got some coughs.  After changing the plug for an AC one I had in the garage and a bit more vigorous kicking it ran but closing the throttle stopped it and further kicking just provoke backfires, I think in both the carb and the silencer (it actually blew the cone off the end of the silencer!).

So success, or a two least enough success to keep me going.

My question is what is the likely cause of the backfires? I’m guessing timing but is it likely to be too advanced or retarded?  Adjusting the timing is a bit of a mission ... side cover off, rotor off, points accessed, line up the marks and get the points opening, I’ll need a rest before trying that.

Time for a ride out on the Bantam! 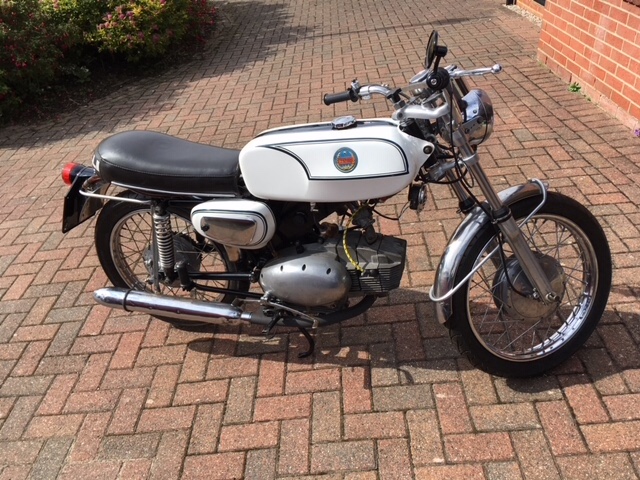 It's Italian you may need to have it blessed.The Dell Orto floods at the slightest opportunity.The Orto bit is about right ought to work....If it fired on kicking  without snapping your ankle it suggests the timing is about right,

Its looking good, if it is back firing i would think it is the timing if that is set up right then a carb problem , not helpful i know but that initial run of an engine is a great feeling.