Yes I am envious!!

It really is a lovely bike. They just look like they need to be ridden.

Thanks for posting the pic.

The Cadet has been progressing with a few jobs completed.

I wasn't happy with the side stand as it just didn't look right. I had a couple of goes at making both a centre and side stand, but they both looked a bit ordinary.Therefore I have removed it and am not going to replace it. I was then left with a dilemma of how to support the bike and had resigned myself to building a "race stand". I then spotted a stand at an online shop I get some stuff from for $38.00. That's GBP 19.00 !!!!!!!

You couldn't buy the materials for that! Anyway I had to do some mods so the little bike would fit, as the unit is designed for a larger bike. 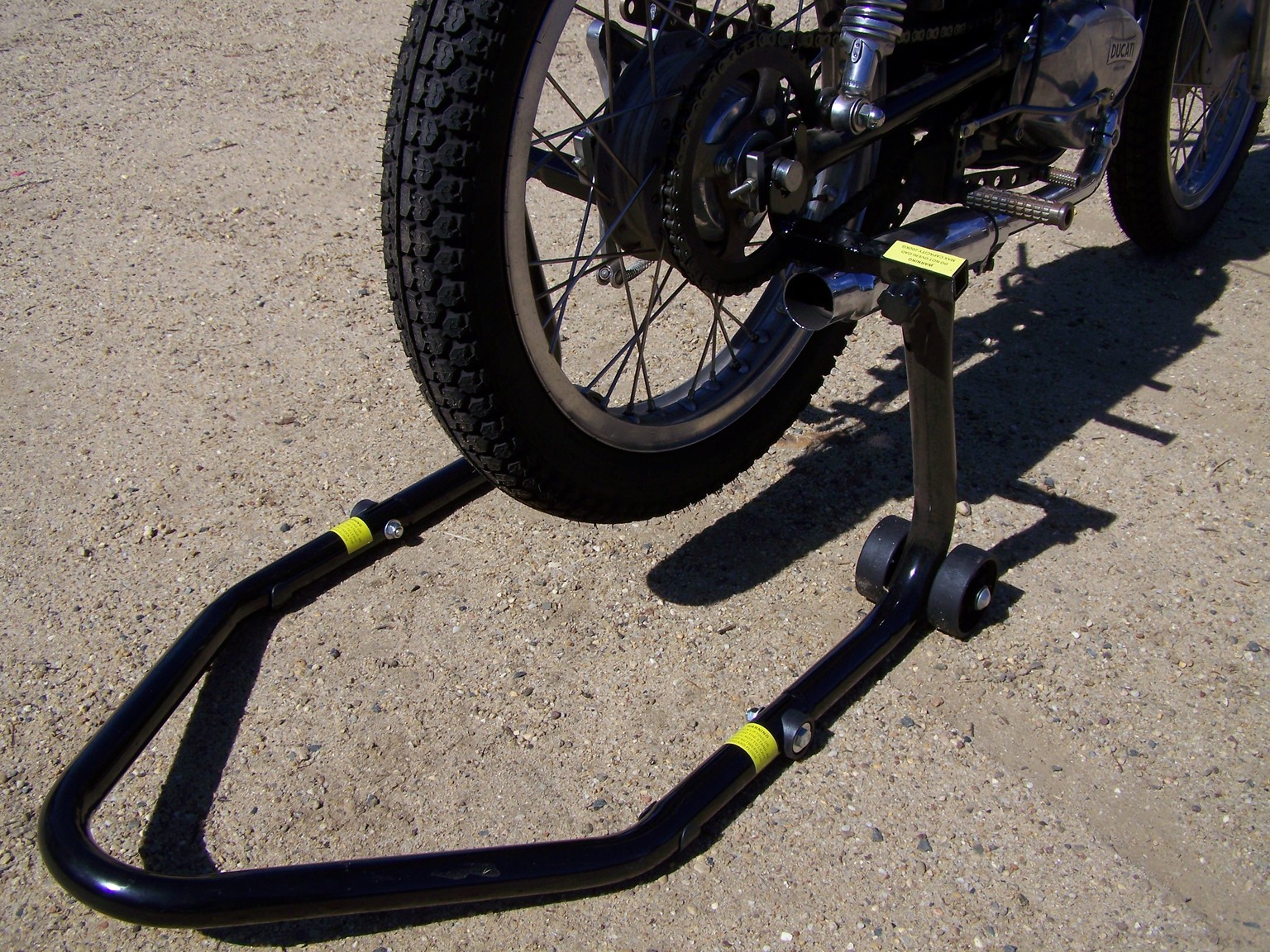 O.K. so there have been a few challenges to overcome, one of which has been the chain path. There is very little scope to change the sprocket diameter on the front so I've had to make and fit a roller to lift the chain over the rear set mount. To fit a smaller rear sprocket was also not an option, so I didn't have much choice. I've often wondered if this was a legacy of poor initial design, as these bikes predominately had 2 strokes fitted not the 4 stroke engine I have. 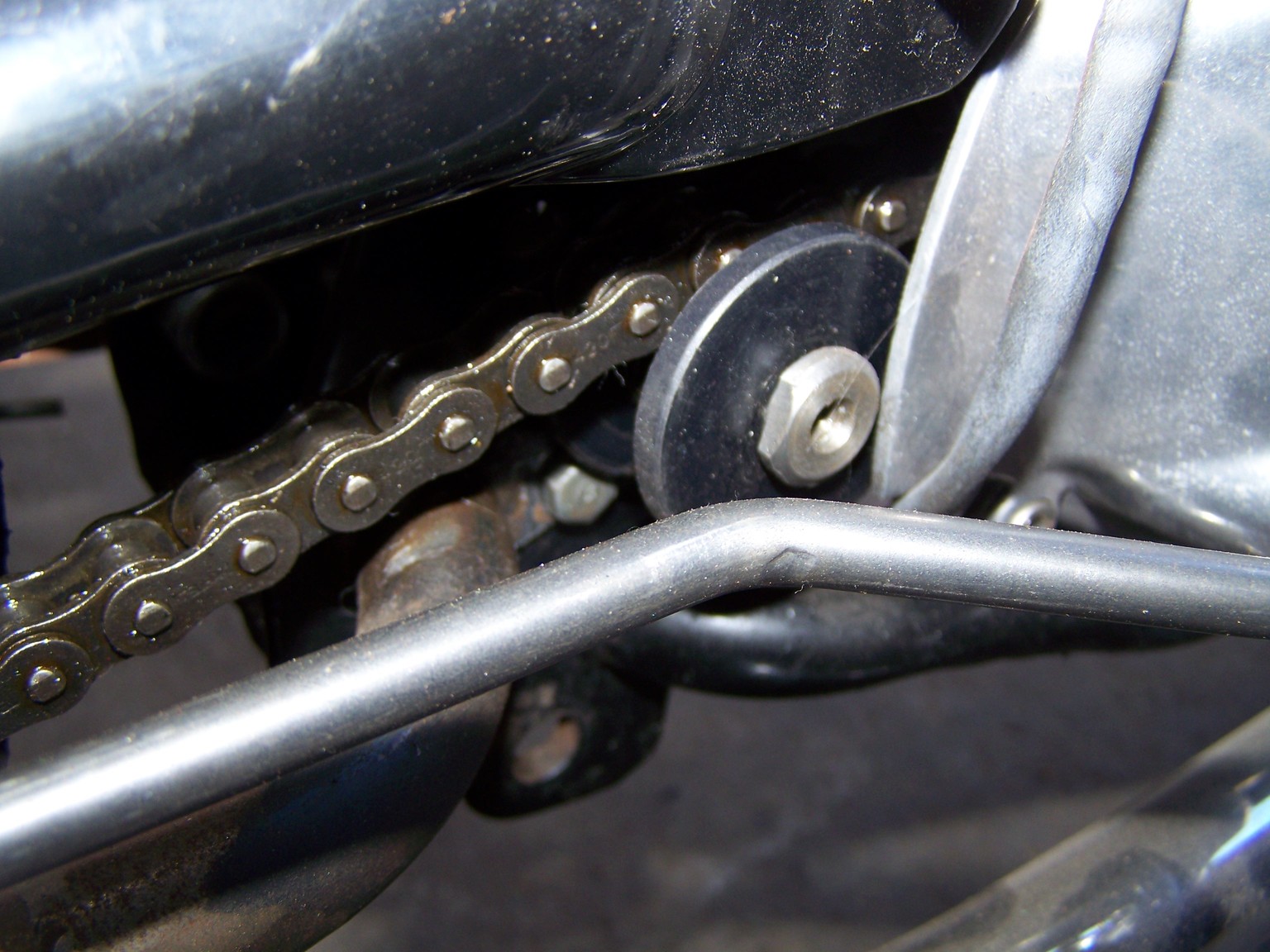 I've also had to fabricate rear change tensioners as the ones that came with the bike were clearly not suitable. These will be blasted and plated when the bike is pulled down for plating. 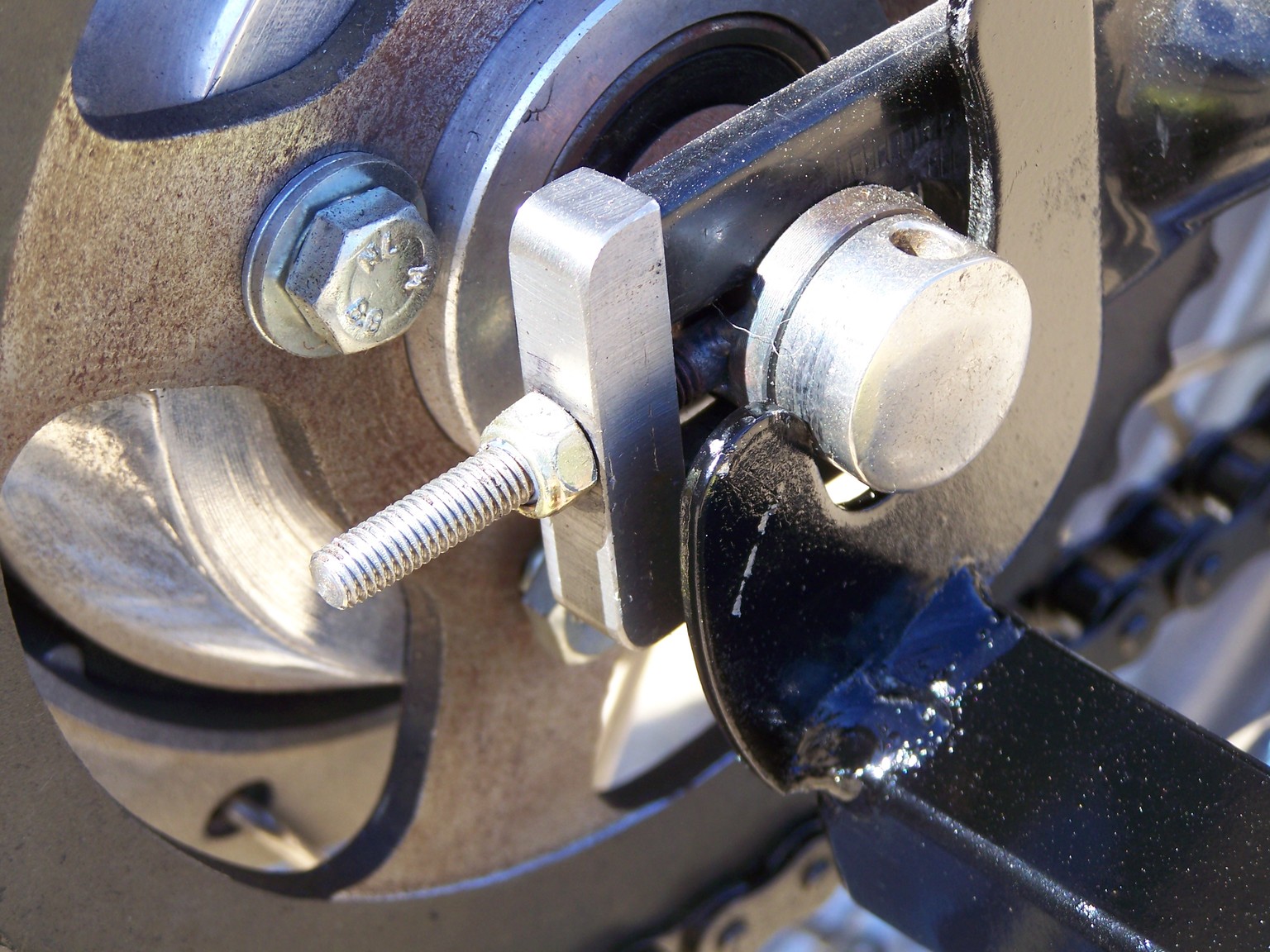 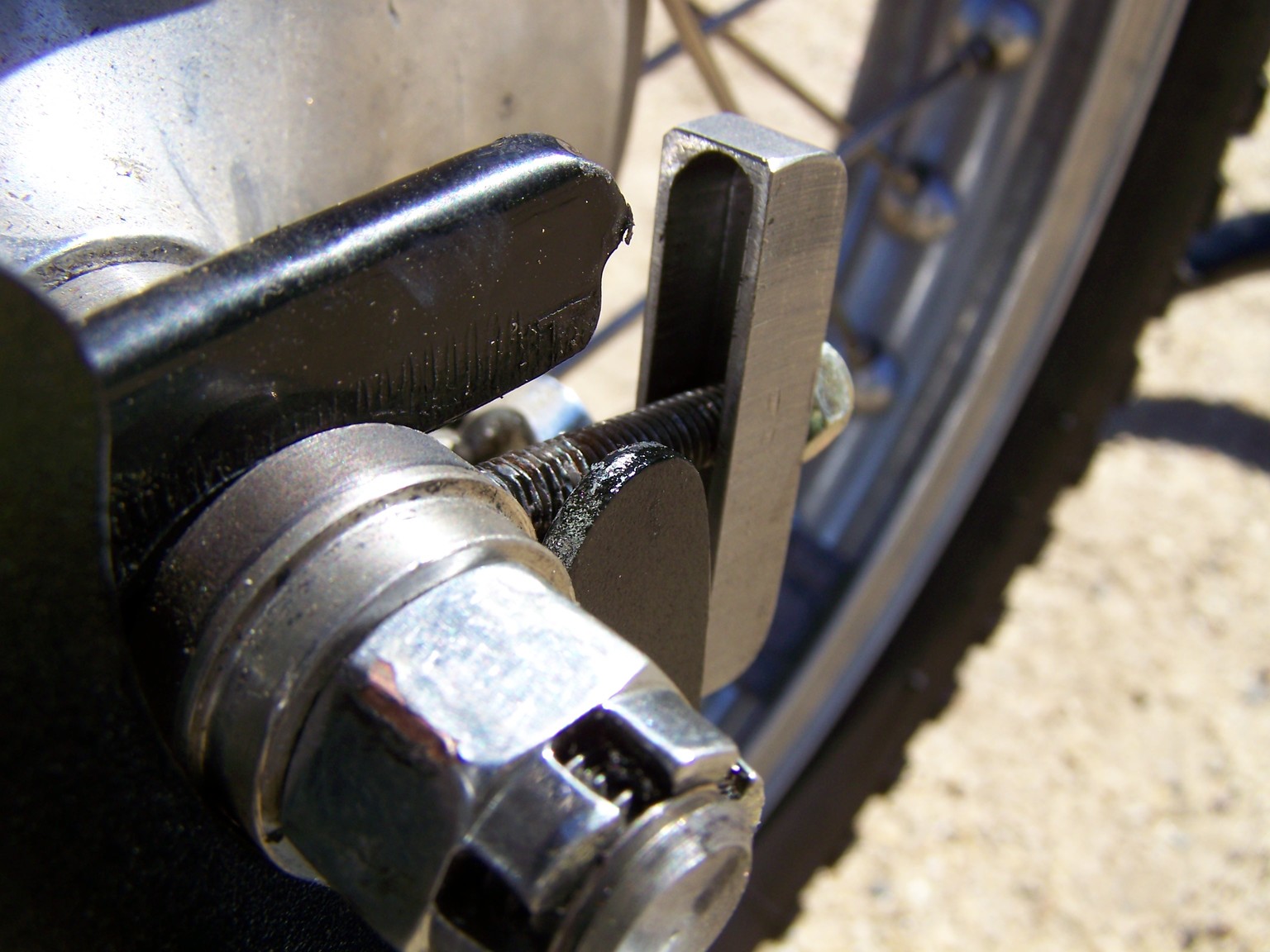 Another job completed was the manufacture of the gear change pushrod. I have utilised the original gear change lever (or what was left of it, as it had been cut) and will get it re-chromed. The rear set foot pegs have been scratch built, hopefully to go with the race look of the bike.

Another job has been machine up a nylon wear strip to go over the swing arm pivot on the frame. The chain has rubbed grooves into the frame. The sleeve will slip on over the frame after painting to provide a surface for the chain to rub on. Another legacy of poor chain position in design.

On the other side of the frame the swing arm pivot has cracked. I have my suspicions that the pivot bush was too large and driven in causing the cracks. I am a bit concerned driving the bush out as I hope it doesn't break off the cracked portion. I will wait until the bike is taken down and TIG weld it back up. It also gives me an opportunity to measure and rectify the bush if it is too large.

I also discovered a tiny crack in the paint on the fuel tank which has turned out to be a filled portion on the tank where the triple clamps had contacted the tank due to the steering stops being butchered off. The triple clamps were from an early Suzuki, and have been discarded and I have machined up new ones from billet. I also have welded the original stops to provide clearance of the triple clamps with the tank. I will "pretty" them up once the bike is pulled down for paint. The bike now has the usual appalling Ducati steering lock!

So the only jobs too go before paint is the battery mount modification, some wiring mods and I think that will be it. Am keen to progress it while the ambient temp is more conducive to painting. 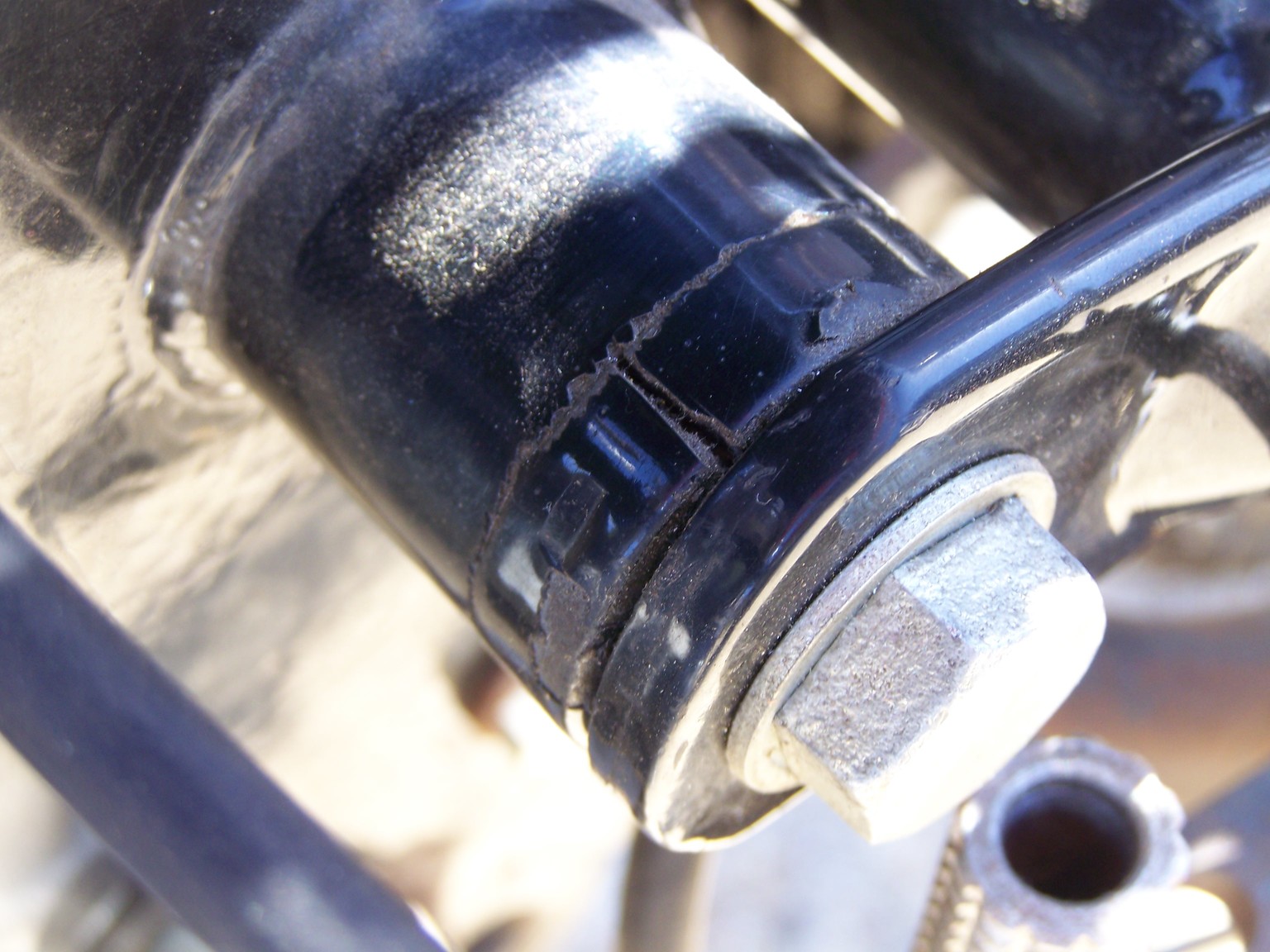 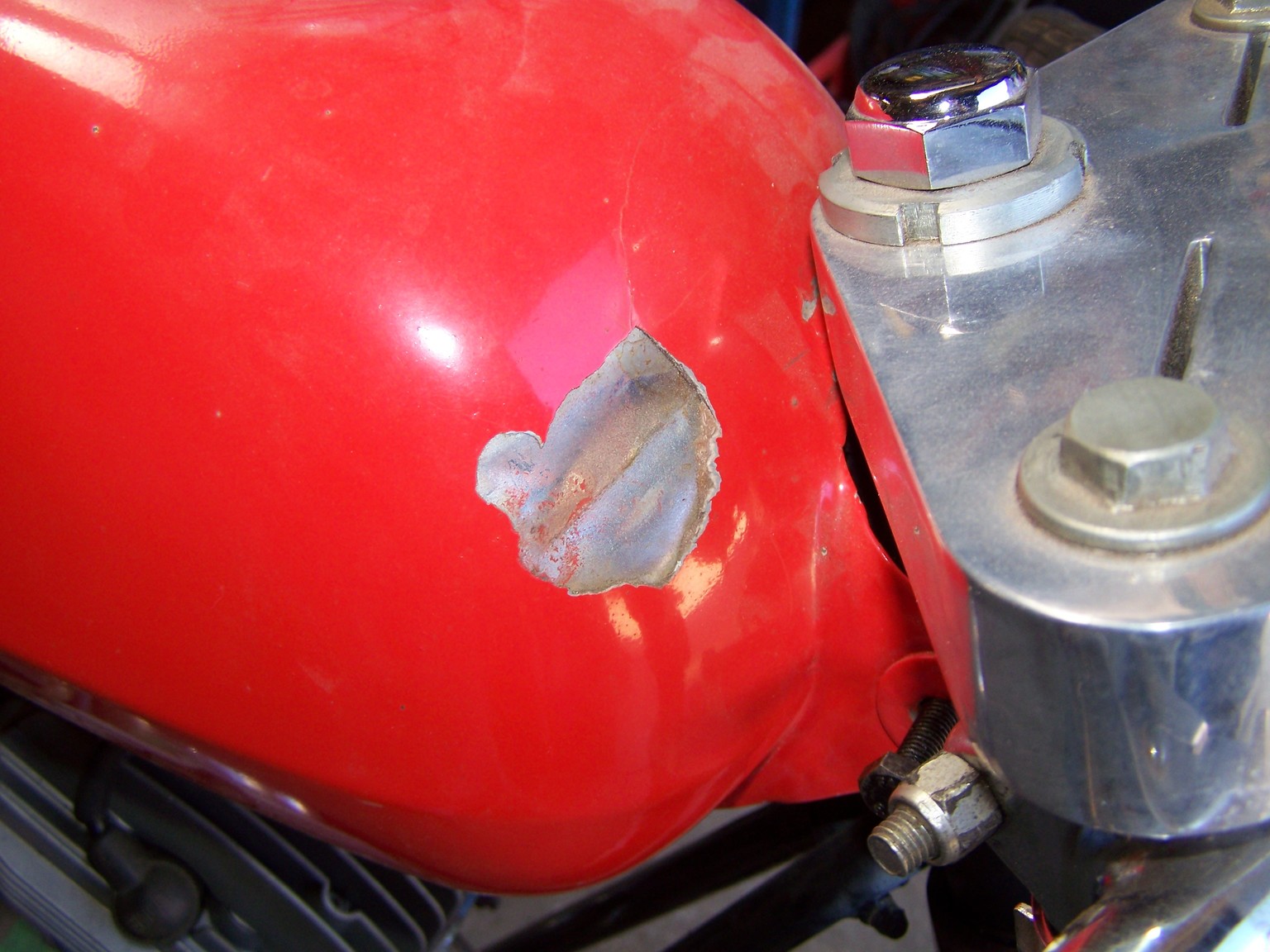 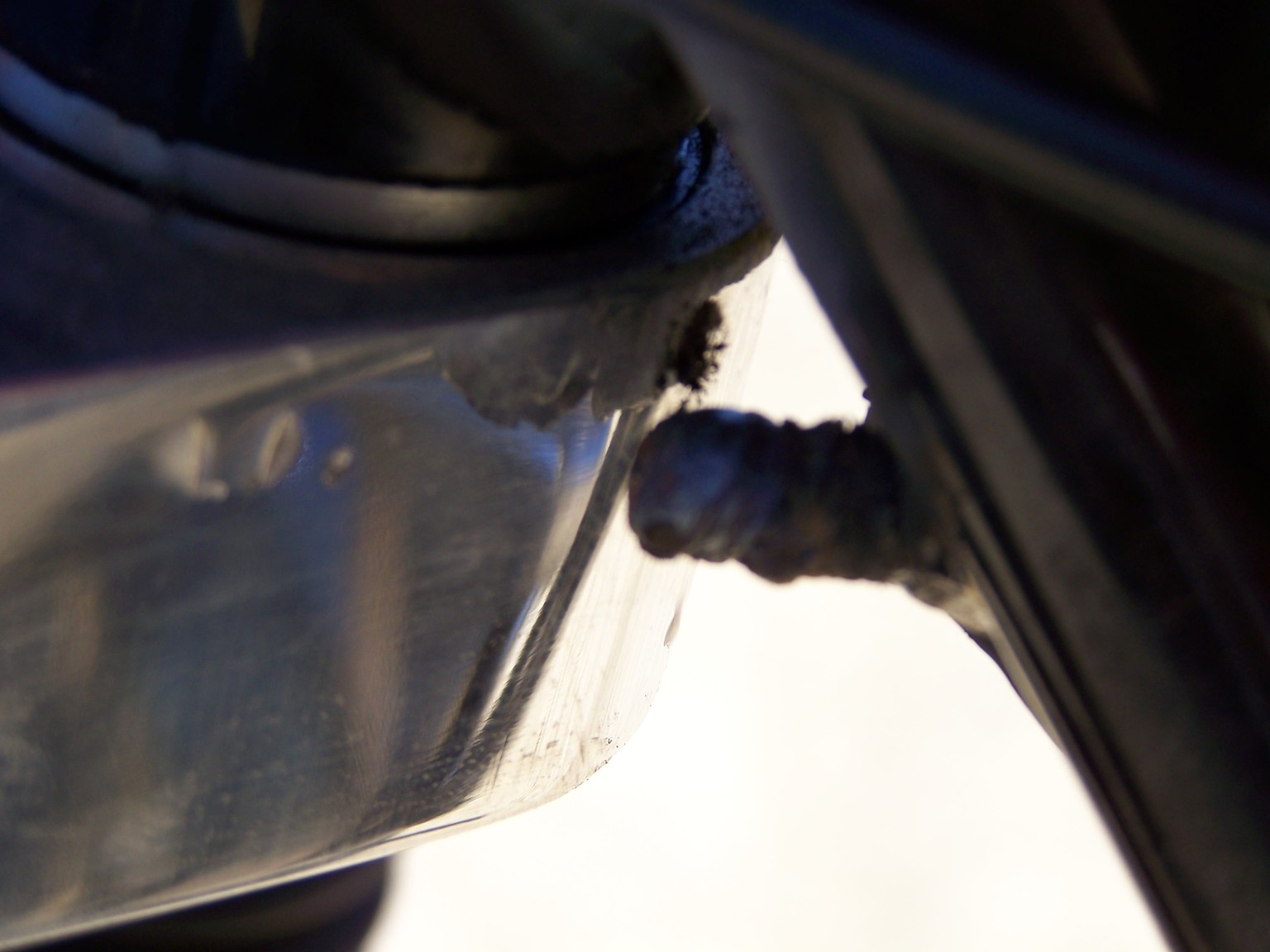 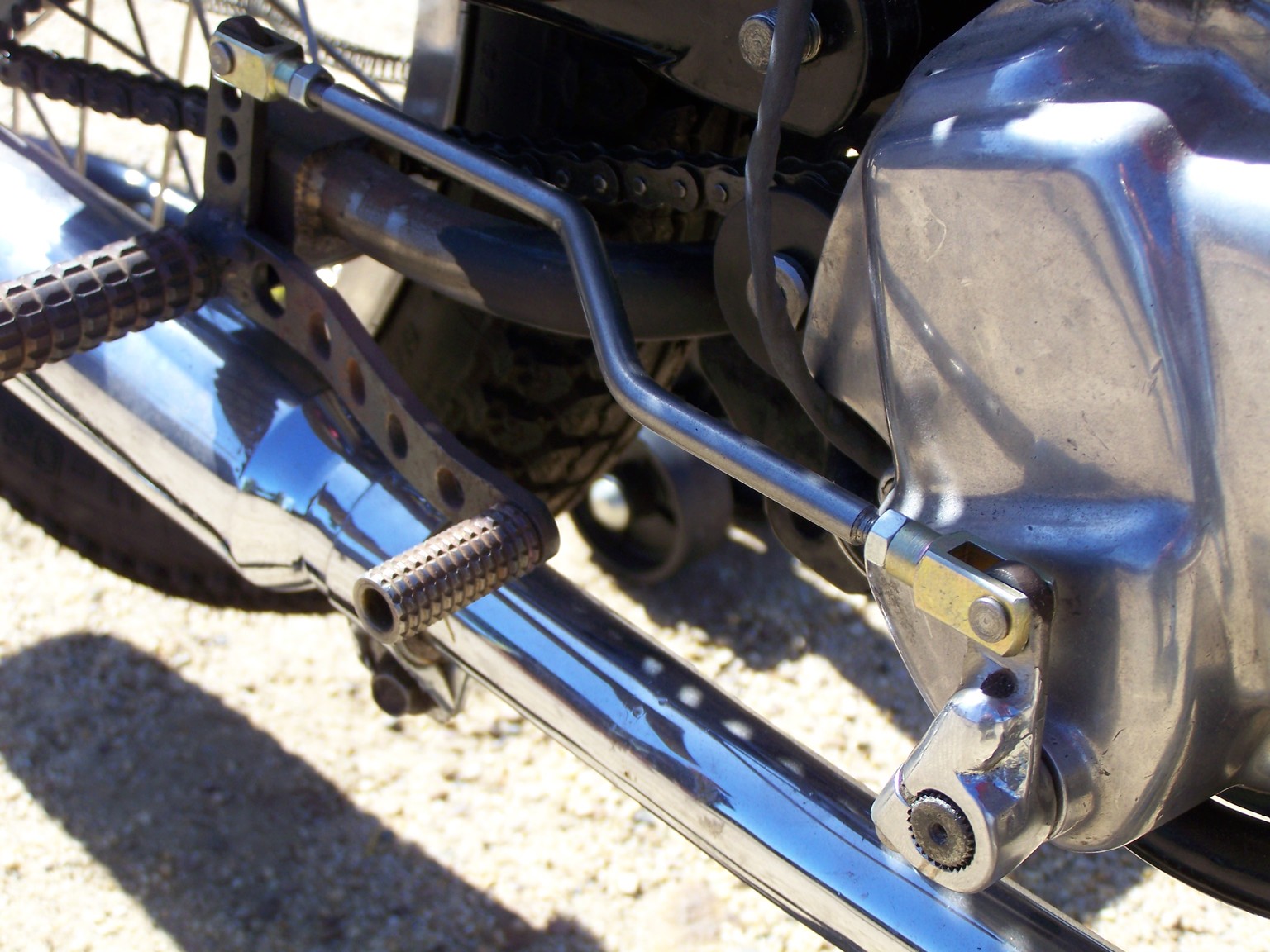 Hi all some pictures of my latest restoration.

But anyway here are some pictures of the finished item (less front brake lever and cable....but it's on now!) 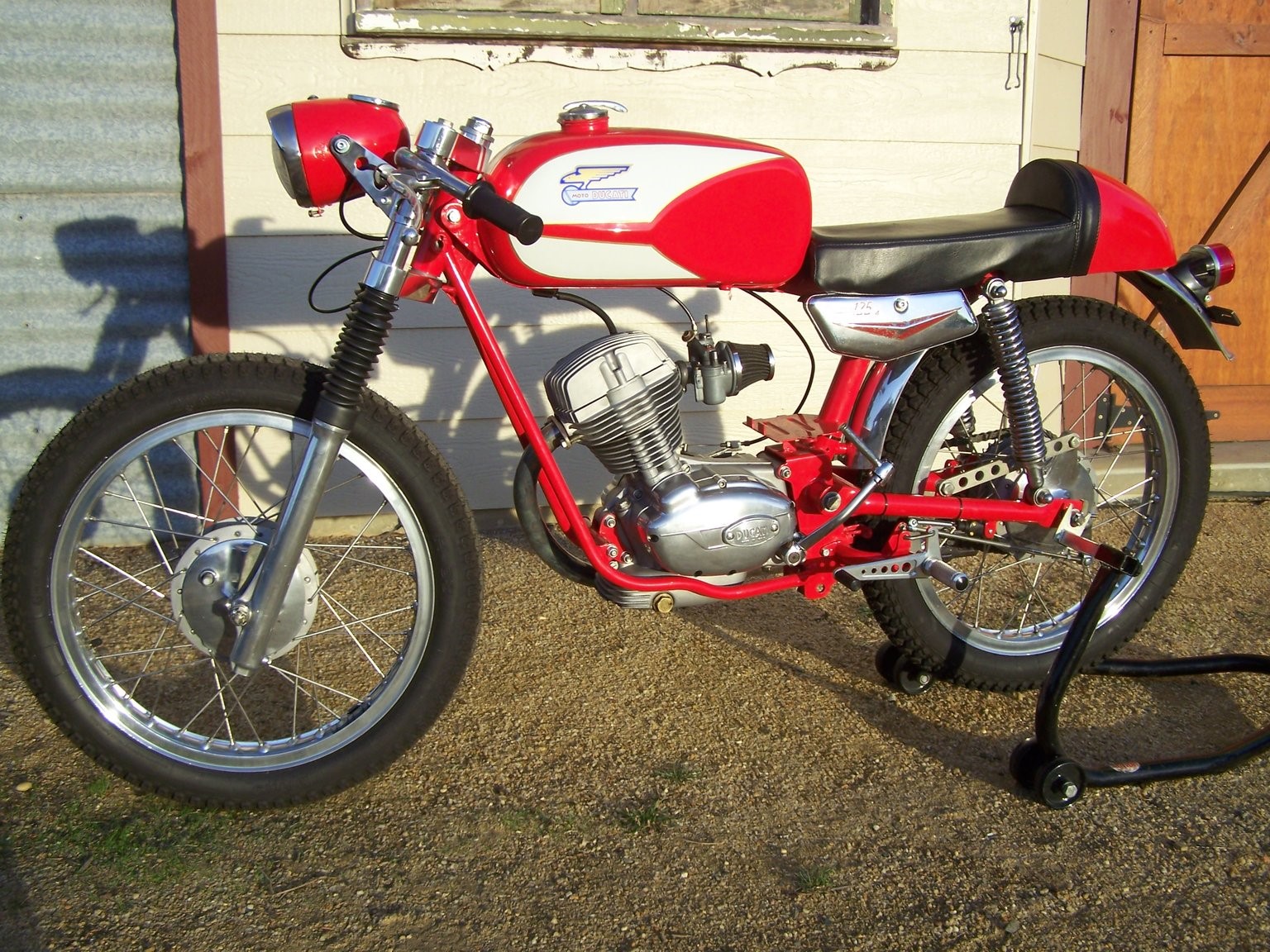 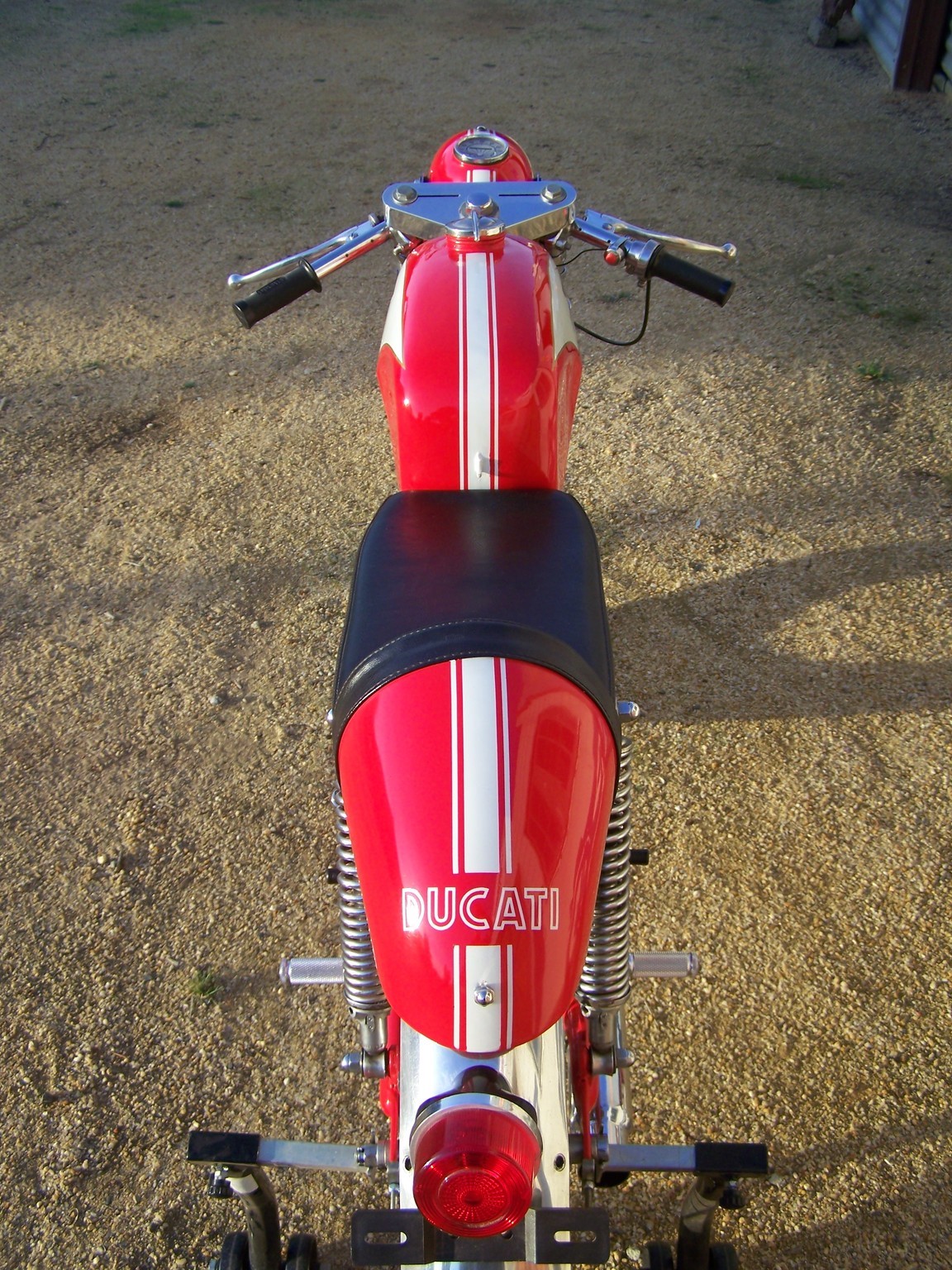 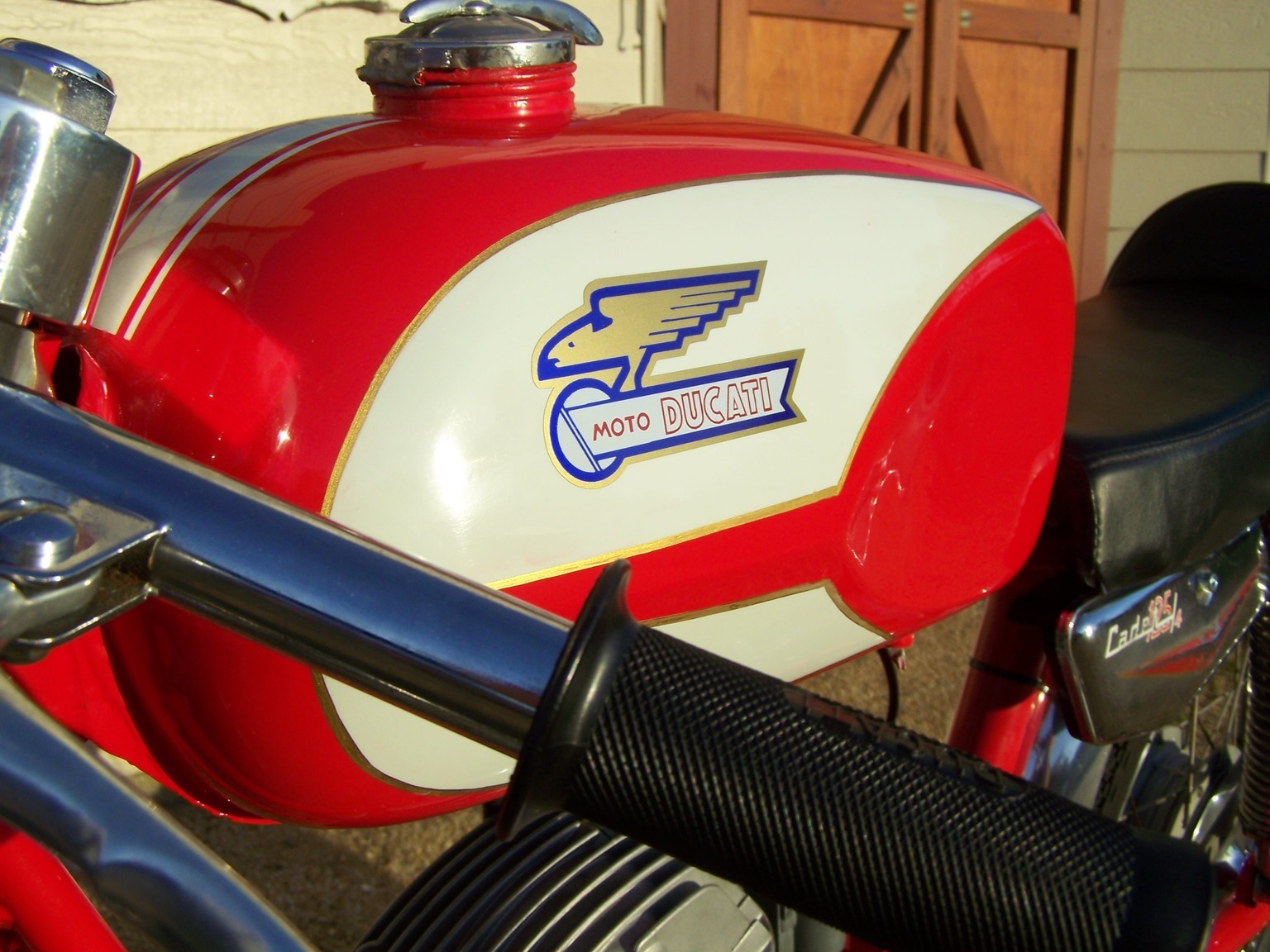 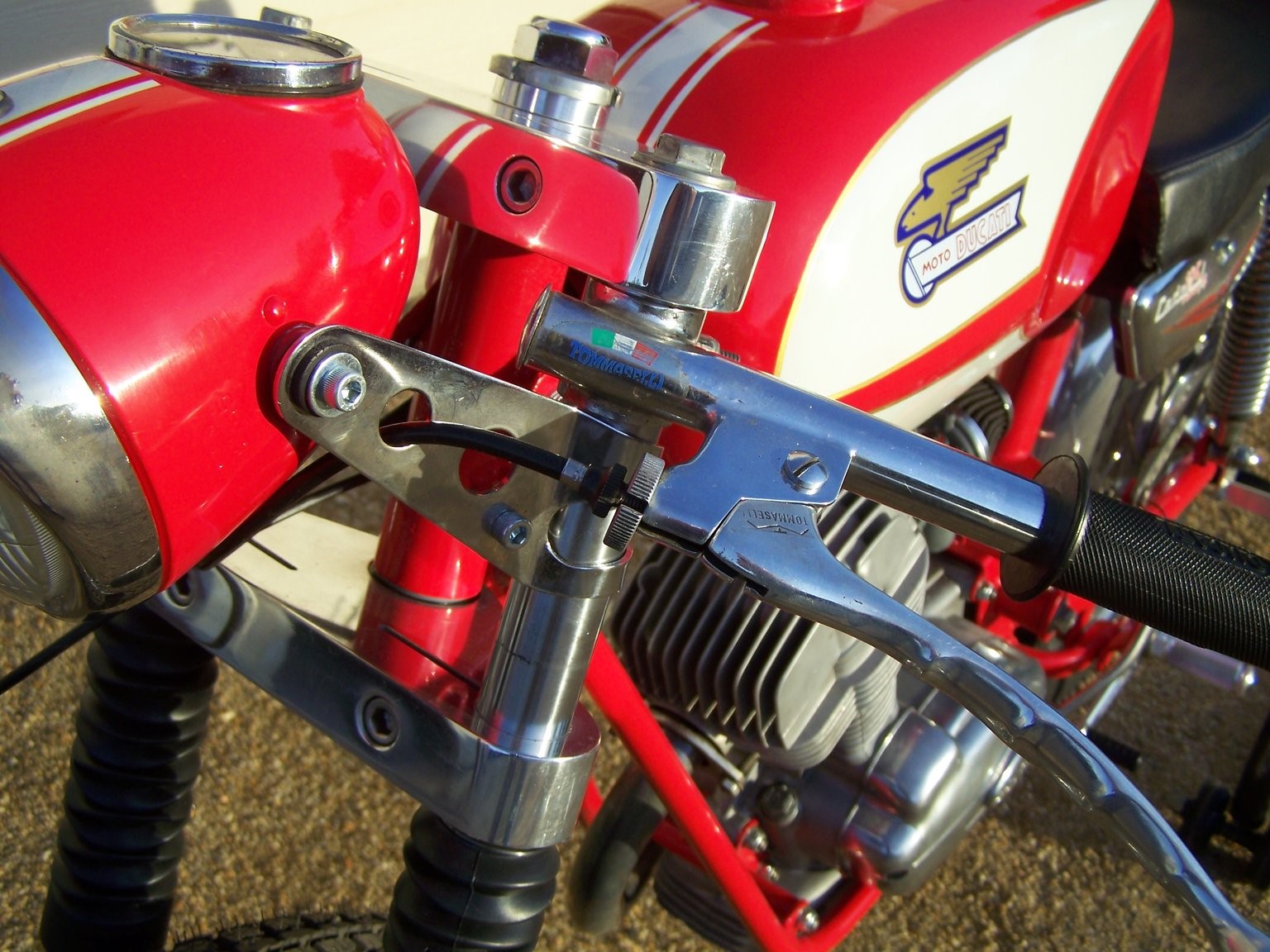 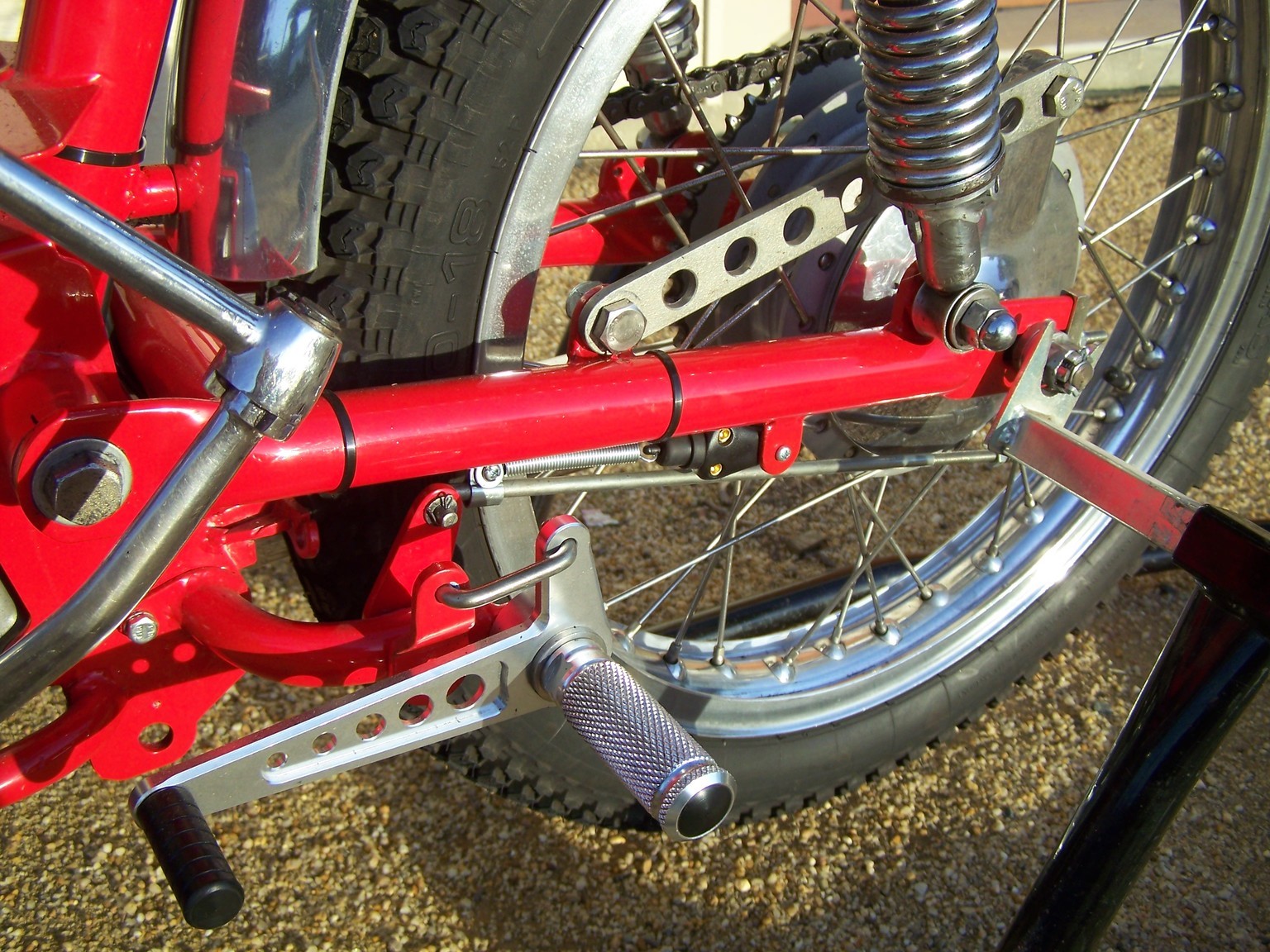 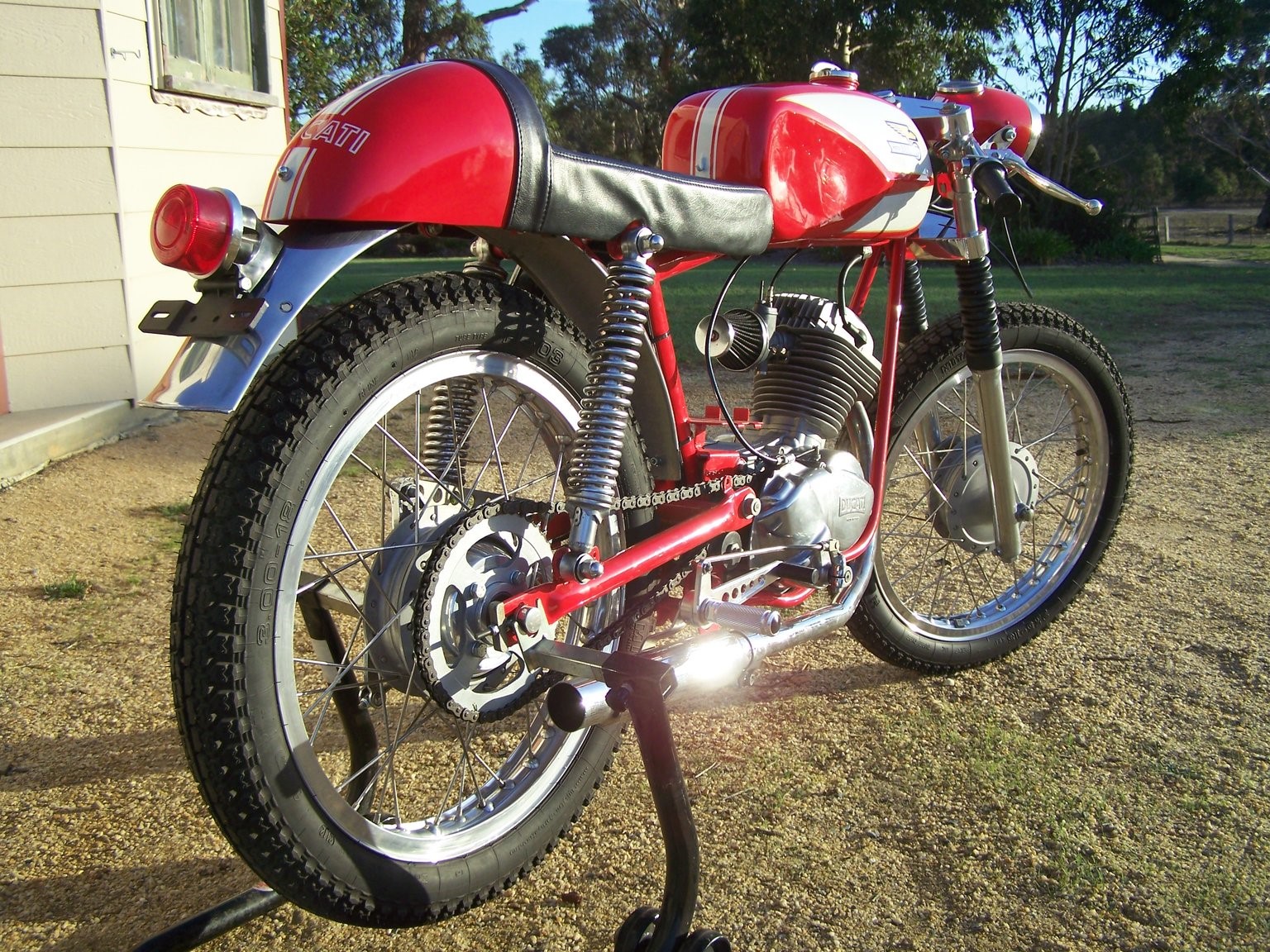 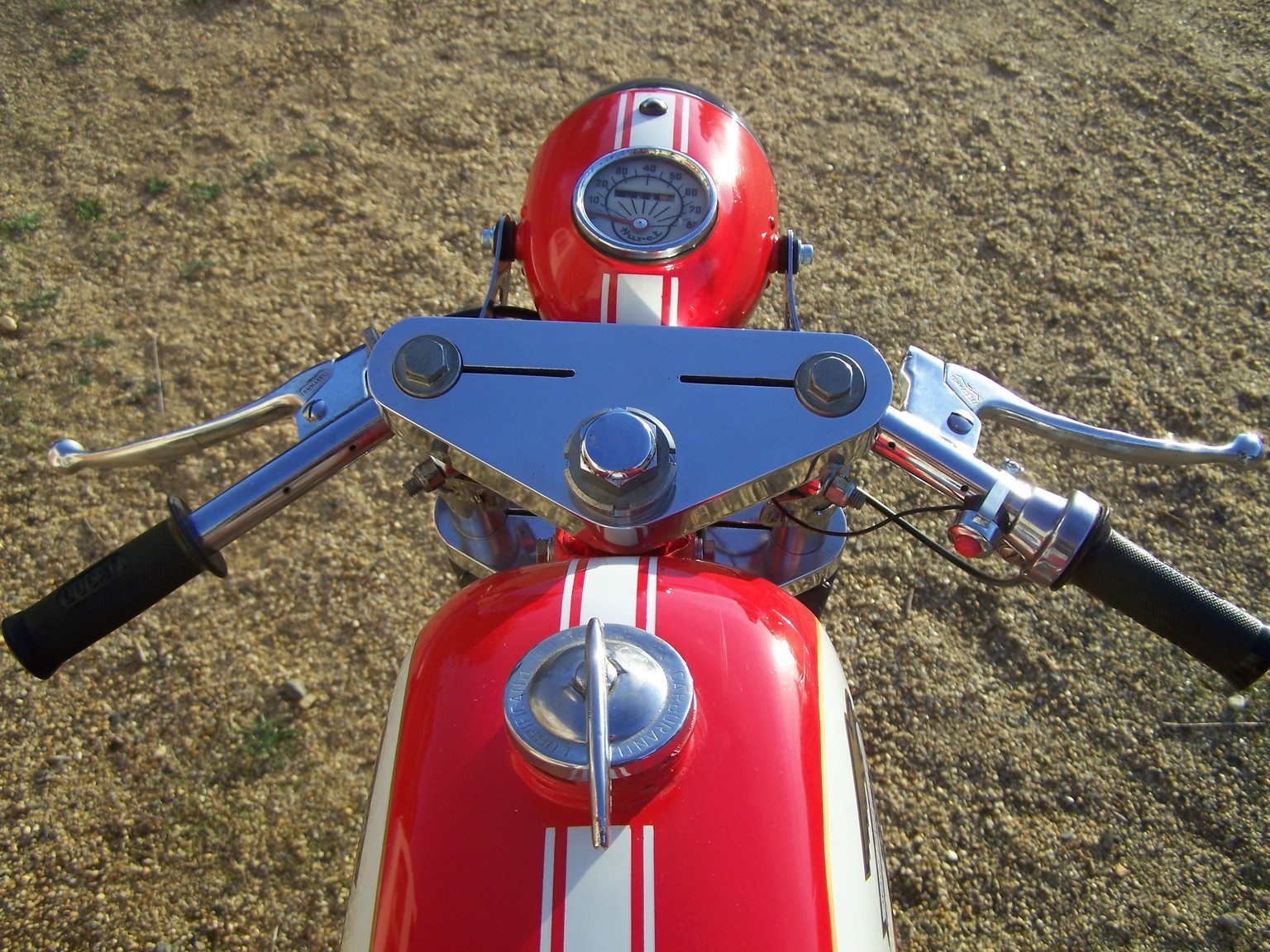 Super resto there Bones. I have almost finished my Morinis (2 down, 1 to finish), I'll post them when the weather is a bit better.

cocorico said
Super resto there Bones. I have almost finished my Morinis (2 down, 1 to finish), I'll post them when the weather is a bit better.

Whoever "threaded" the 2 posts together thanks...…….I couldn't attach pictures to the old thread for some reason.