Hi, I’m Ian and I joined the club because whenever I Googled anything about Bantams this forum always came up first in the results, which made me think I should at least contribute financially rather than just benefit from the free collective wisdom.

Originally from the Wirral, I’ve lived in South Wales for nearly a quarter of a century. I took up motorcycling quite late (in my thirties) and bought a D10 Bantam to learn on in 1988. It was a non-runner so I rebuilt it and added a T&G 125cc conversion for my test. Once I had passed, I reinstalled the original barrel, piston and little end then used the bike as daily transport for several years.

My next purchase was a BSA A10, again a non-runner. I spent quite a bit of time and money getting it working, including an SRM bottom end conversion. The Bantam was relegated to the back of the shed but eventually I decided to sell the A10. I’m sure at the time the reasons for this decision must have seemed good but from this distance I can’t imagine what I was thinking! The Bantam was brought back into service until I came to the conclusion that I needed a bigger, more reliable bike for longer distances (something like an A10 perhaps?) so in 2008 I bought a 1997 Yamaha Diversion, the 600cc version. The Diversion has proved to be a great workhorse and I can claim I’m still technically riding an old(ish) bike!

The Bantam’s last MOT certificate was in 2009 and when I started the engine a couple of years back the erratic running confirmed new seals were needed. I finally got around to fitting them last week and it fired and ran on the first kick (if you don’t count the previous fifty or so kicks, a bit of shouting, overnight head scratching, fresh fuel and a timing reset to get it somewhere near the same postcode as TDC). I had forgotten how much fun and frustration is involved in working on old British bikes and have lately spent many an hour cursing the bodgery on mine, before remembering that most of it was committed by me in the first place!

When I bought the bike it was fitted with a thin, pancake air filter which some kind soul stole while parked up. If anyone knows of where I might find a replacement I would be extremely grateful. It currently sports one of the fat generic ones that everyone seems to stock but which need dismantling to remove rather than just spin off due to lack of space.

When I've worked out how to do it, I'll upload a picture of the bike.

HiIAn and a very warm welcome to the Club and Forum - hope we don't disappoint  🙂 We'll help as much as we can. Many thanks for your intro - it makes a huge difference if users have a bit pf context to reply to problems.

Welcome to the Club and the forum.

Restoring or recommissioning these old bikes certainly keep the old grey matter working....which can't be a bad thing. I get a great sense of achievement when a problems been solved or a goal reached.

Looking forward to seeing some photos.

thanks for the intro’ looking forward to seeing some pictures, great to have had the same bike for so long.

I think I can help you out with the air filter, at least with the case, the D10 pancake was indeed thin and has a shield on the top (to stop the rain getting in?) What I haven’t got is a spare element, I think your best bet there is some cut down filter foam.  Let me know if you’re interested in the casing.

As promised, here are a couple of pictures.

Stubaker58; yes, I am interested in the filter case. 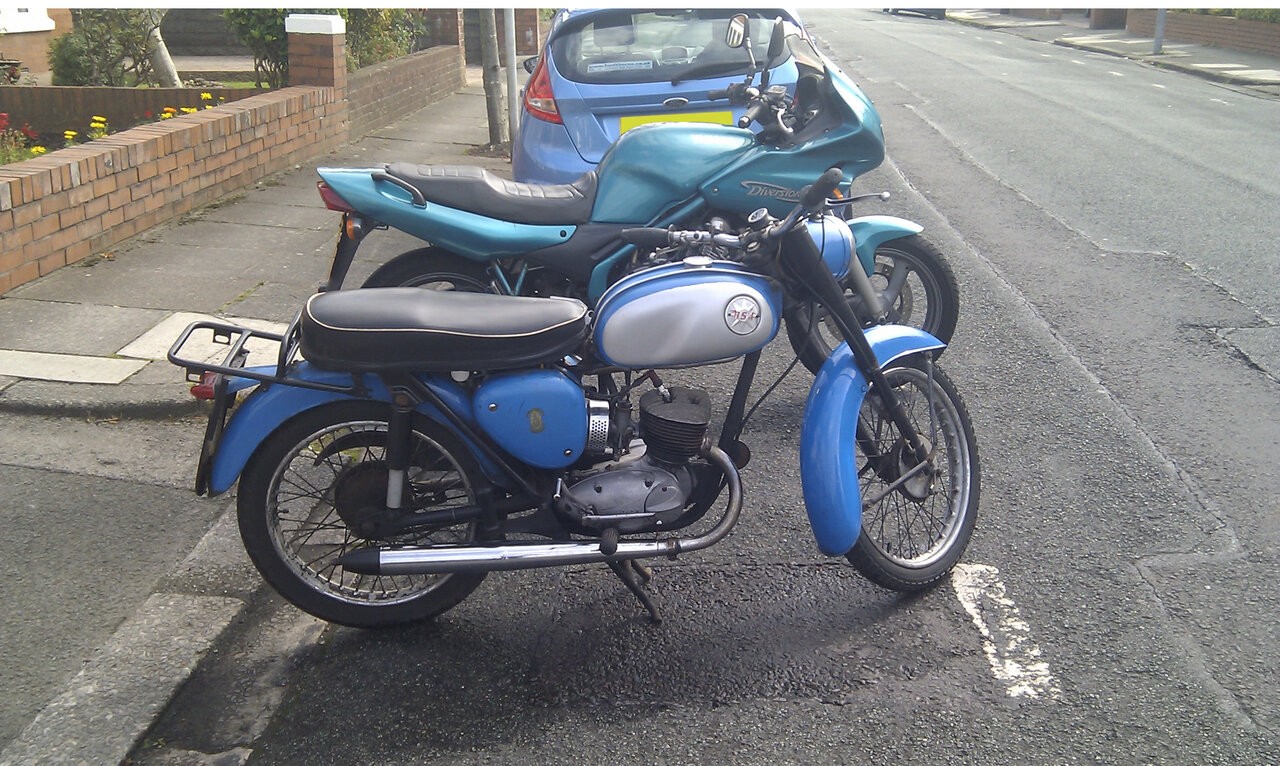 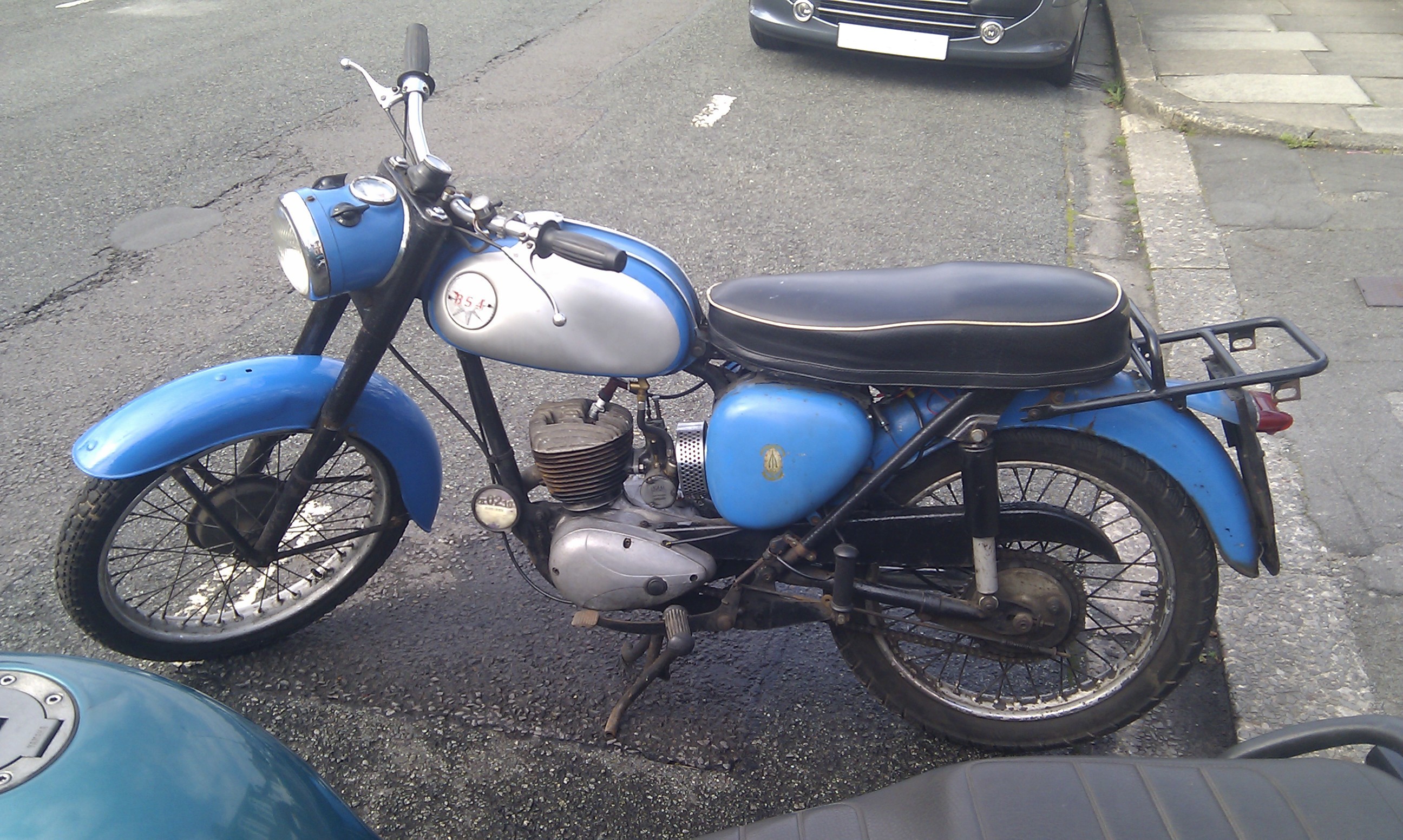 Ok, I’m away from home at the moment, I’ll send/post some pictures when I get home. 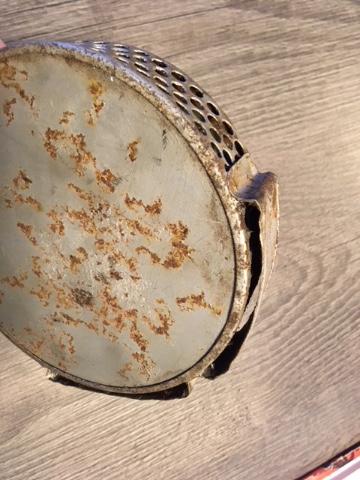 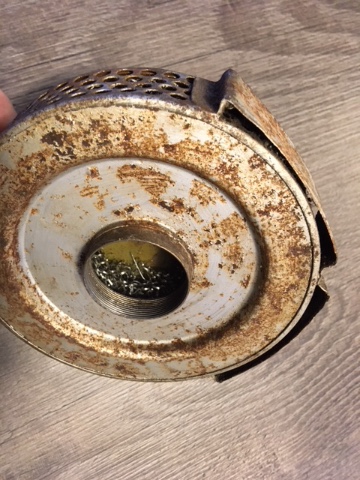 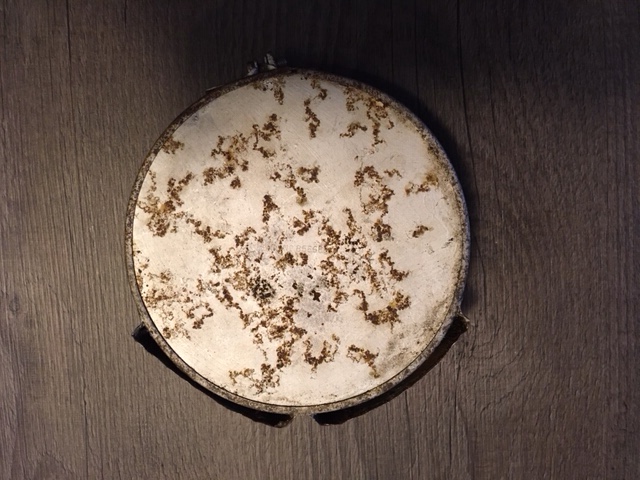 As luck would have it there’s another thread about these filters just opened under the D10 section.

Let me know if you’d like the filter, as I said there’s no element, and clearly it needs some tic but it seems sound and it is the original type. It would have been painted, rather than chromed, from new.

Being finickety you'll get a straighter pull and more consistent lighting if you mount the brake light switch on the bracket by the pillion footrest.  The original Wipac switch came fitted to a substantial plate which matched up with the footrest bracket, and when fitted wires inwards, protected the switch from clumsy size nines!

Yes, I would like it please. What is the PM system here? I read somewhere that there is a minimum number of posts requirement. If so, perhaps you could PM me and we can go from there.

I see exactly what you mean by the brake light switch position.  The one that was on the bike when I bought it exploded about twenty years ago so I just fitted a new one in the same place. Another little job to tinker with now.

One more post and I’ll be able to PM you!