Got one for ya MD. Here: 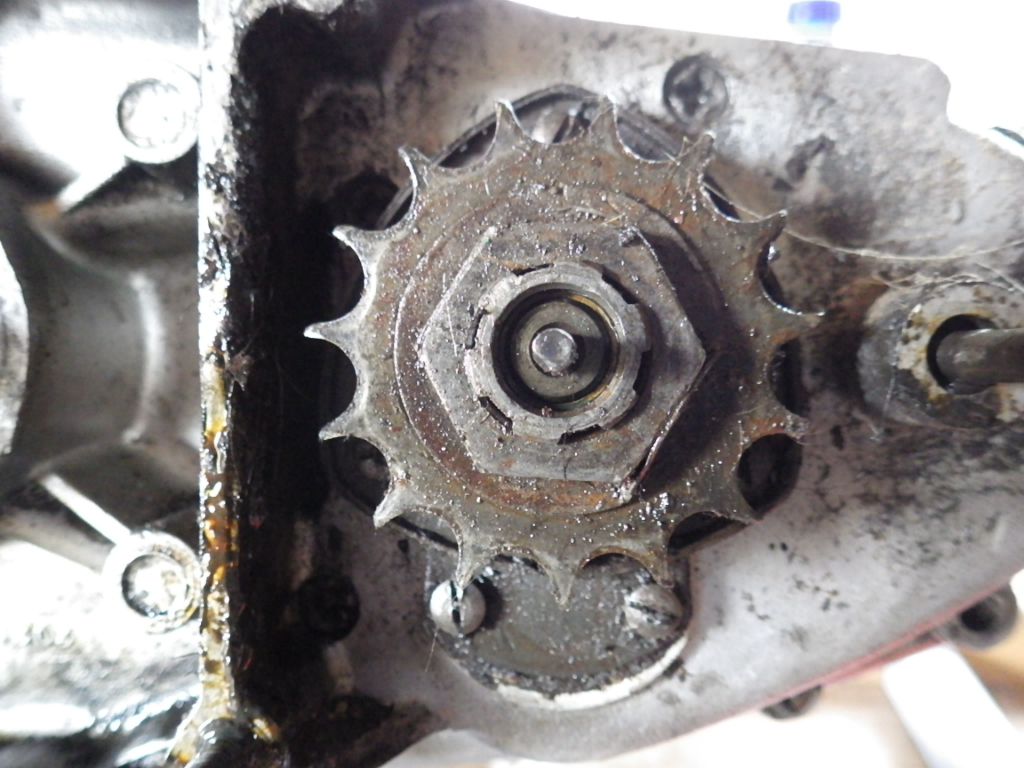 [Image Can Not Be Found]

Hi Dookie, Can you sense a pattern emerging,

Although looking at the output shaft from the gearbox, that was unaffected by this wear it was probably designed weaker to save damaging the spigot. 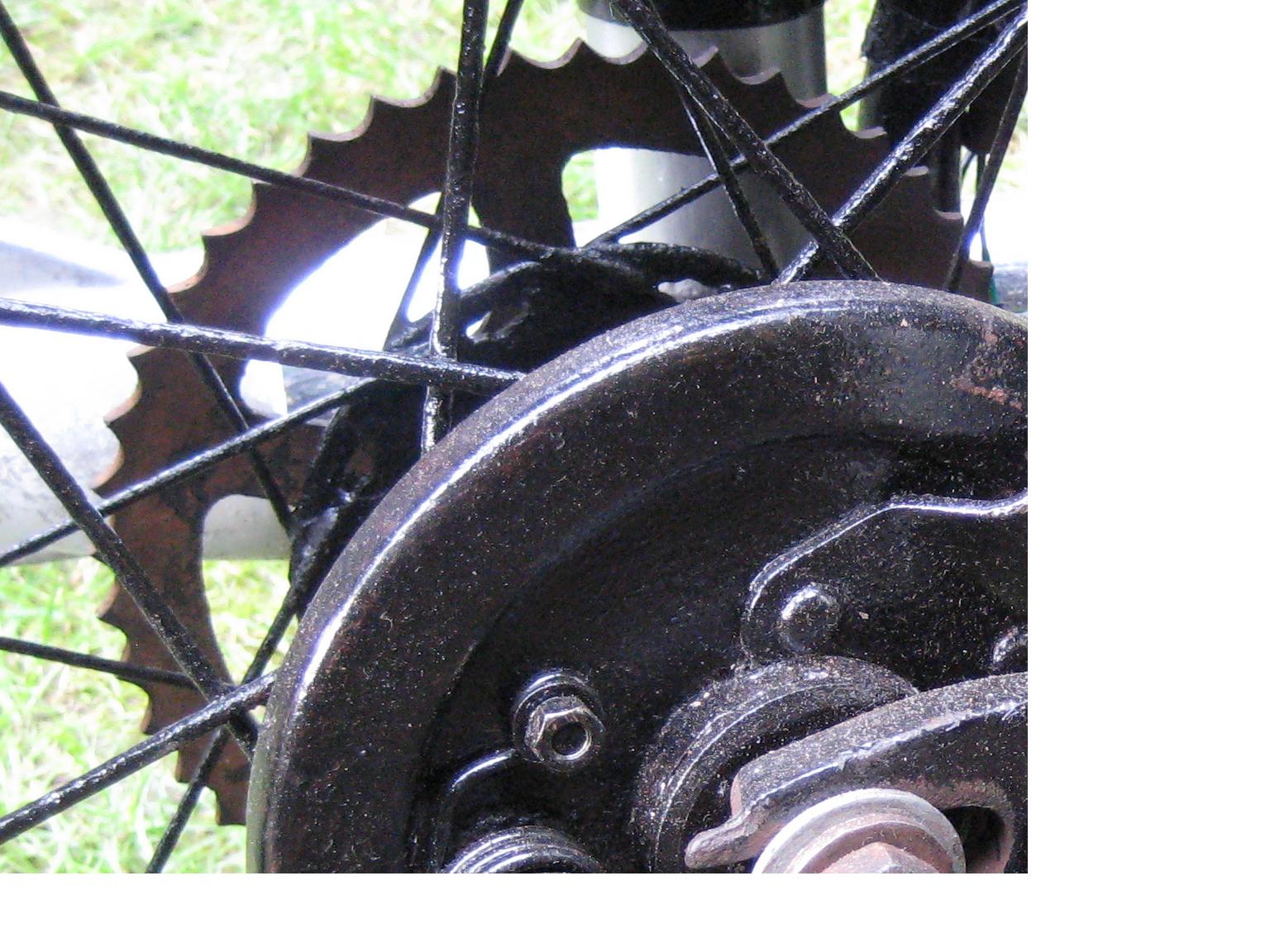 I've just found the remains of the split link stuck in the chain grease deposited on the inner face of the alternator housing below the gearbox sprocket and clutch release scroll.

On close inspection it appears a portion of the retaining lip at the top of one of the pins has broken away allowing the clip to escape. In addition there looks to be a certain amount of chafing to the pins where the outer plate was located.

Good job I didn't find the bits on the day or I may have tried to re-use it and ended up causing more grief! 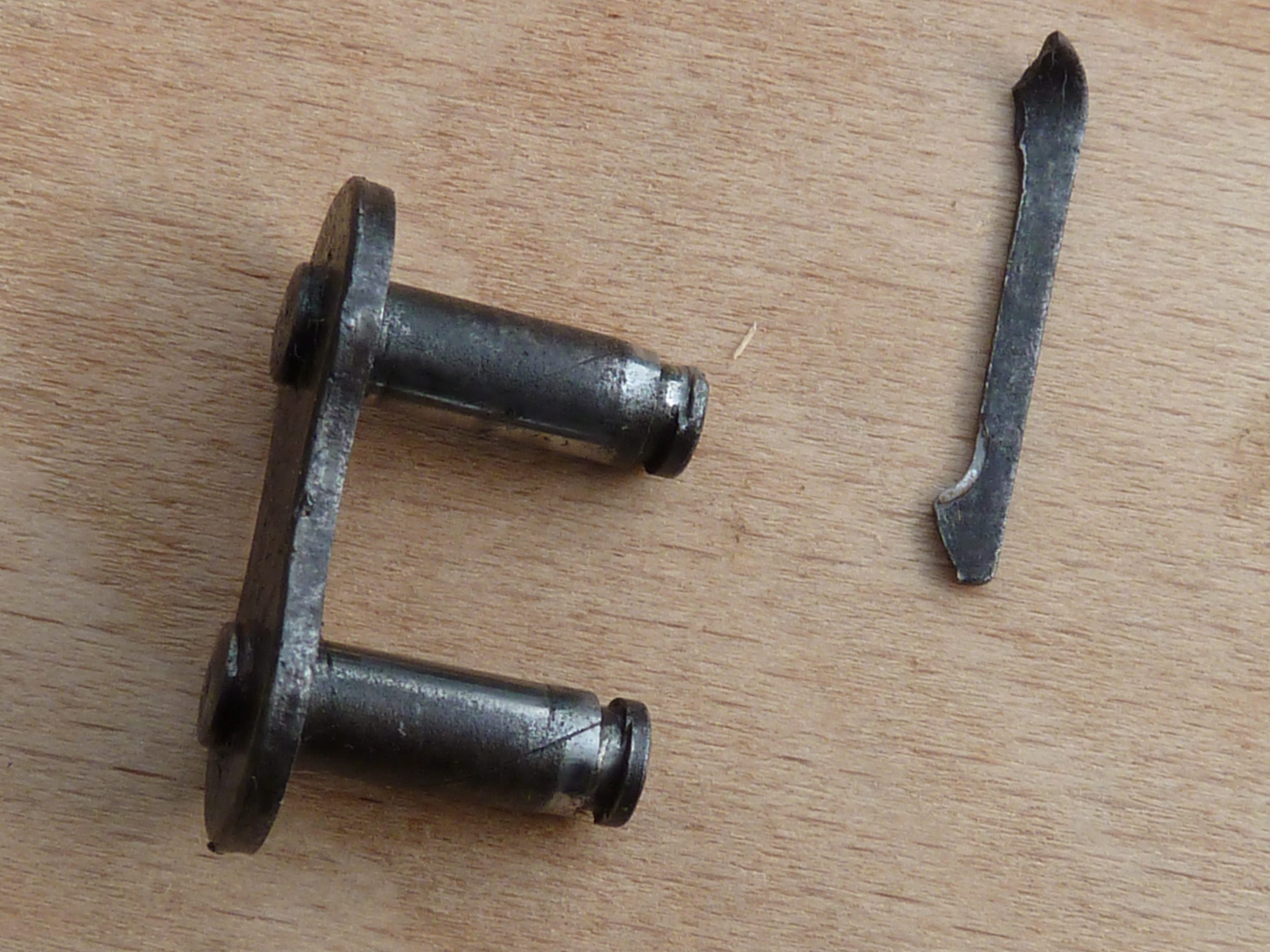 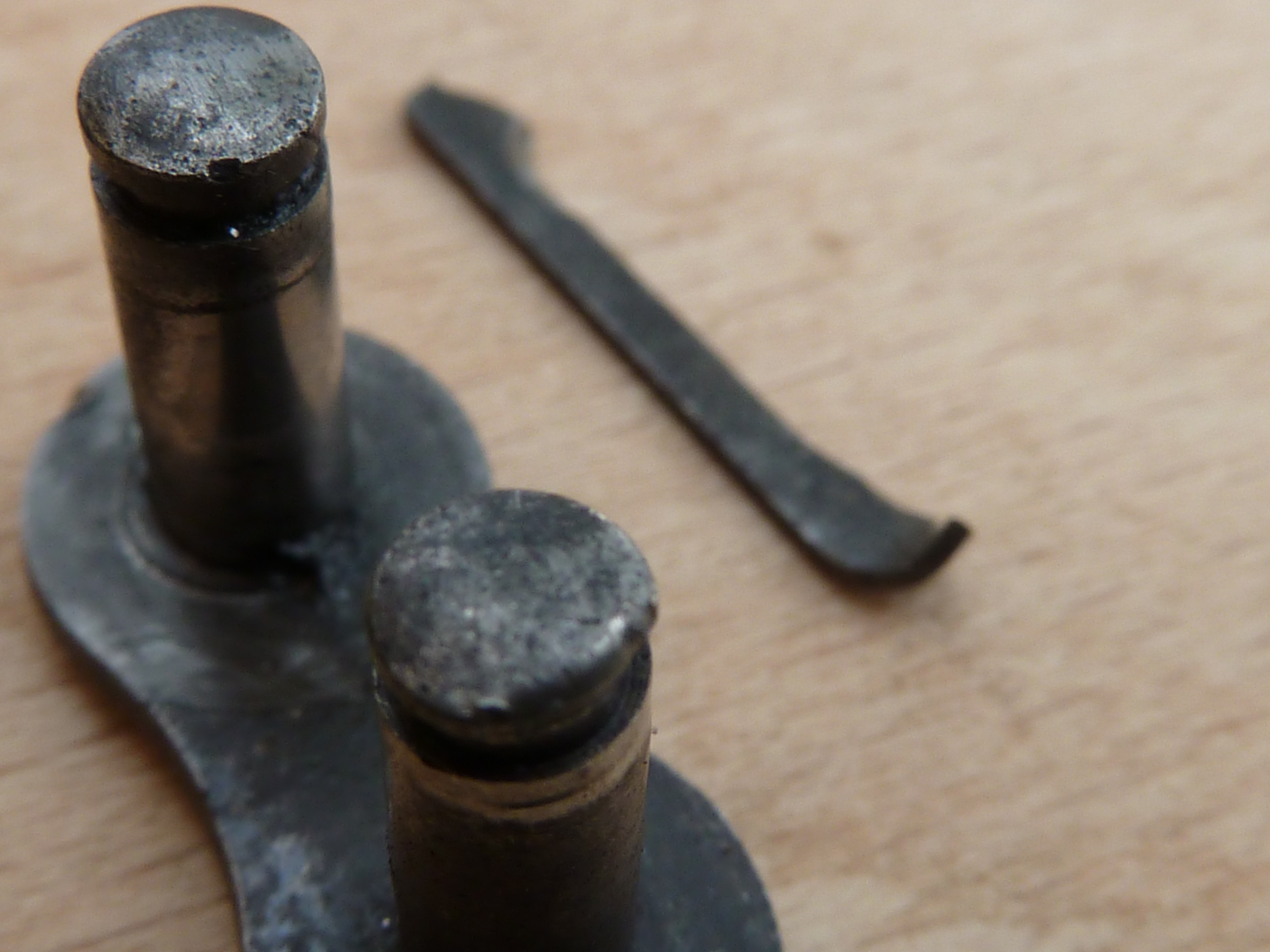 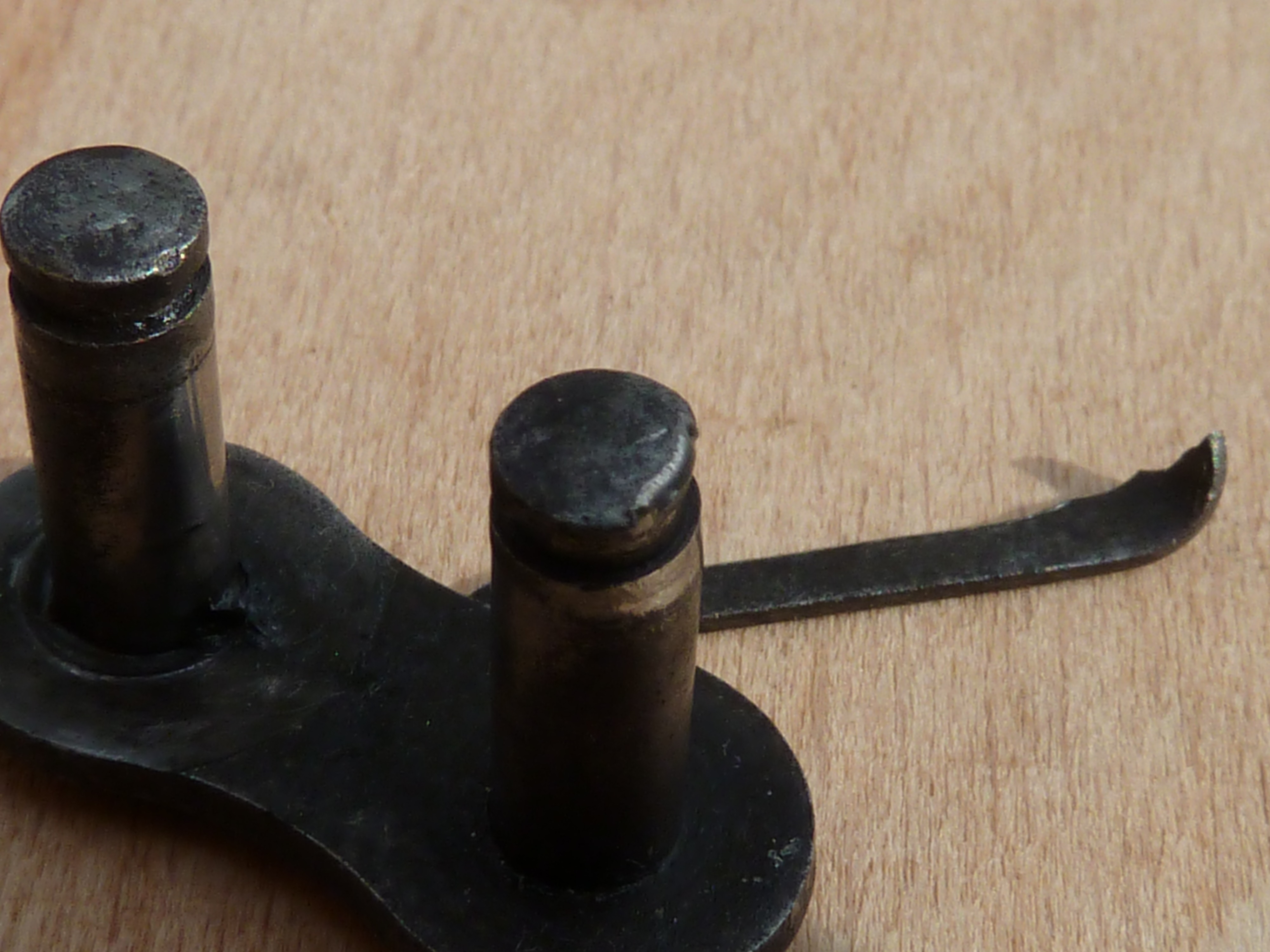 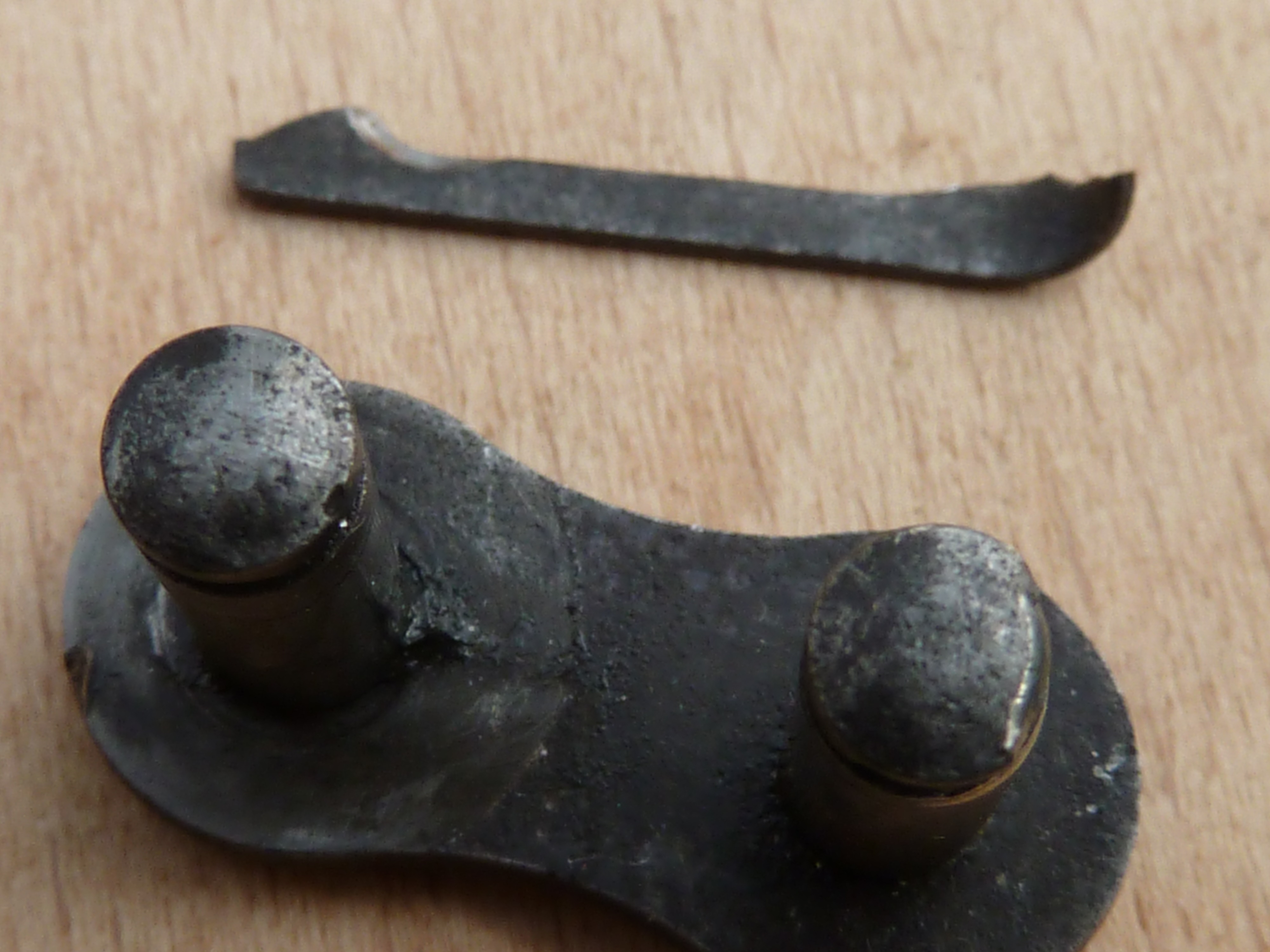 I should add that this chain was the original that came with the bike from new and although the bike had done less than 7000 miles at this point, the previous owner had told me that he had spent quite some time cleaning and lubricating the chain to get it into a usable state due to it being rusty and seized in places from when the bike had been standing unused. It should have alerted me to a possible problem. Lesson learned.

Seems to be another common problem, the Speedo with a mind of it's own and then self destruction.

My speedo was working reasonably well, although up to 45-50 mph it read anything up to 10 mph fast, over 50 it was impossible to guess the correct speed as it swung backward and forwards in a wide arc.

I had noticed it felt warm when returning from a couple of long runs but thought it was because the headlight had been on and it is very close to the bulb, but then one day I was riding along, glanced at the speedo and the needle was missing. The centre boss was still there but it was spinning round and round all the time the bike was moving. The odometer was still working. Nothing I could do so I kept going. Next time I looked at the speedo (only a mile or two further on), the whole face was dancing around along with the odometer which, when I could read it, had increased from reading just over 7000 miles (original) to over 42000!

I decided to disconnect the cable to prevent any more damage but when I came to do so, the speedo was very hot (no lights on).

I've since removed the speedo and there are numerous screws and pins floating around inside, looks and sounds expensive! 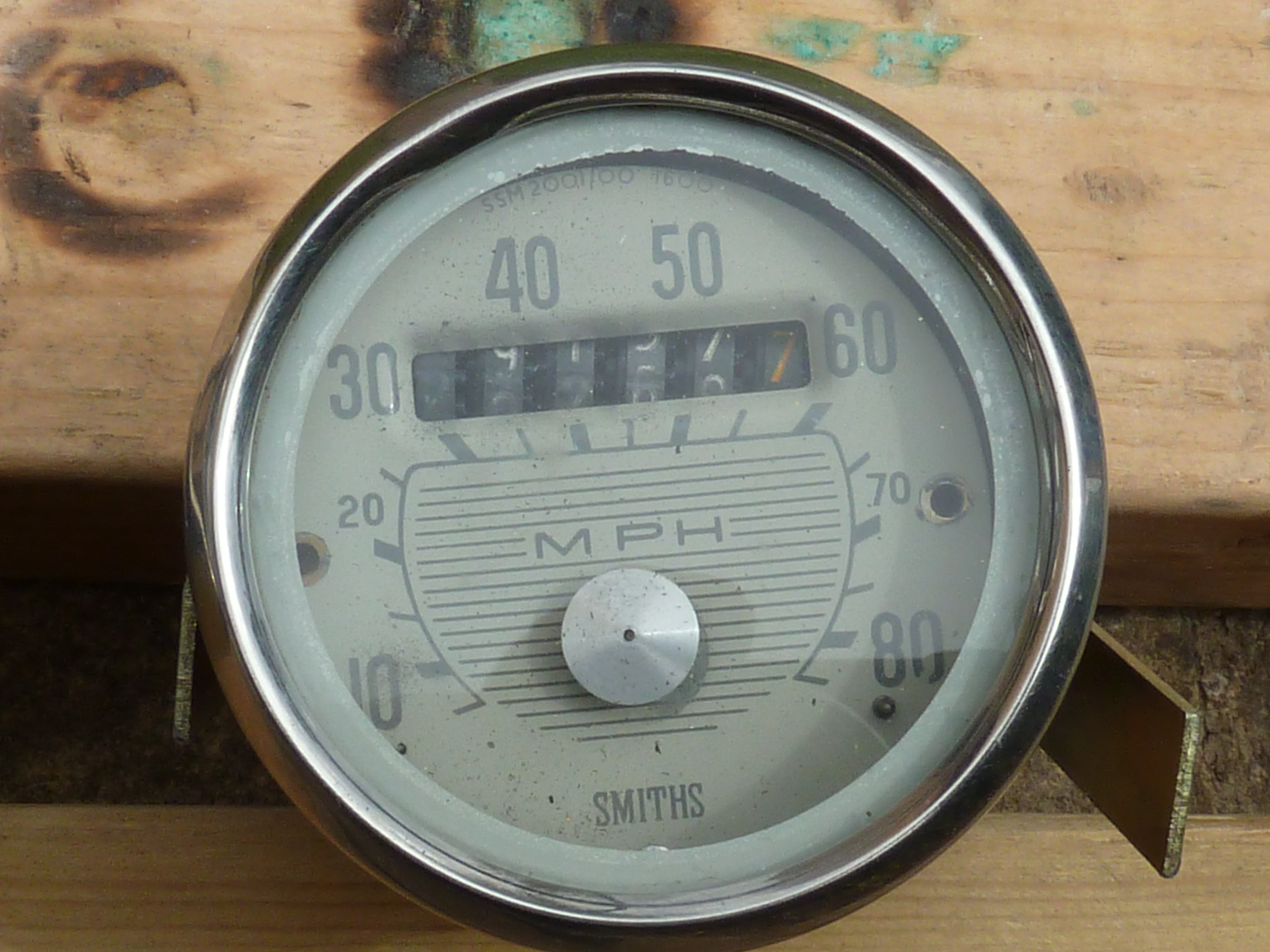 What on Earth were you doing to the poor thing???   Sounds like a catastrophic failure...  Can relate to a degree; bunged my favourite blues cd in the pc last night, cd player rev'd up then went mental, then there was a loud crack and rattling noise.  Upon inspection inside i found the cd had literally shattered......  Hope it isn't too bad inside your speedo.

Piquet, from what you are decribing, most probably the problem is in the wheel that receives the motion (rotation) of the cable, and transform it to the next wheel (and from there to the odometer)

There is a magnet responsible to rotate the needle. A disk is rotating, and it is  connected to a spring under the needle, to bring it down to zero when stoped.

Failure in the first wheel, its plastic- could cause from heat and melted the wheel's edges, maybe could cause all of these...

I am searching for the rounded wheel with the axle that the needle sits, to fix a spare one i have...

So if this is beyond repair, let me know 🙂

So if this is beyond repair, let me know 🙂

I'll bear that in mind when I find out. Should be quite a few faulty ones about though, self destruction seems common. 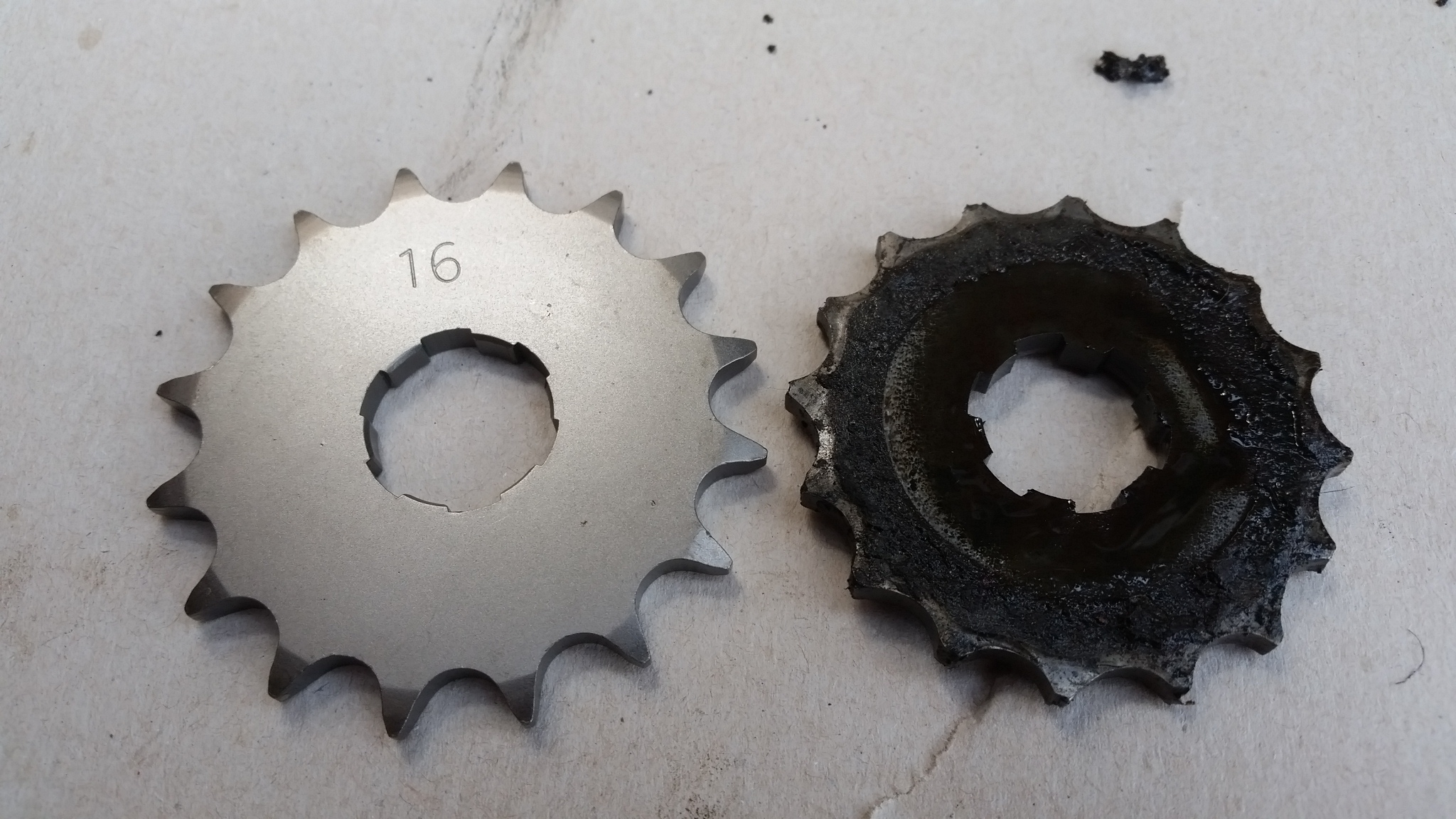 Didn't know there was a charging coil on the stator until I took it off.....

During the spripping of my B175 engine I put all the parts into seperate boxes for easy identification on the rebuild. Crankcase together - turn attention to the clutch and look what I removed and what should be there between the gearbox and bronze clutch bearings.

Not what BSA intended methinks 2 nylon washers instead of a steel one ! 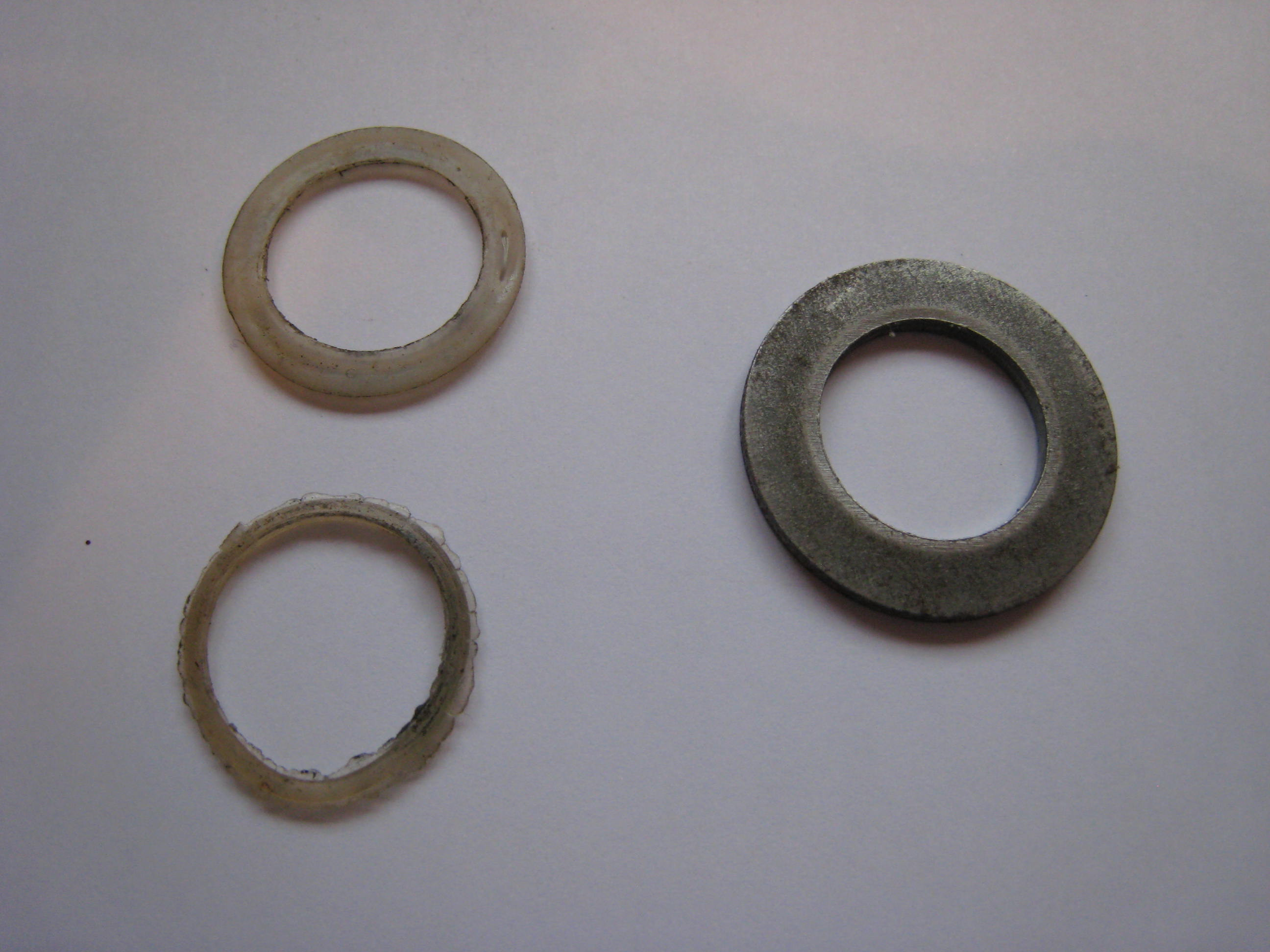 Even more so once I'd got the steel and ally apart via heat and brute force.

Yet another spare kickstart quadrant to add to the pile now, but I doubt it'll ever be able to play the piano again.

Not sure if this is off the same side casing, generator maybe, this time.

Sometimes Bantams seem to bring out the worst in people, somehow!