Spent Saturday at the Harold Parson's rally hosted by the local Maffra Sale motorcycle club. The rally honours Harold Parsons who just after WW1 held many world speed records until his death in the early twenties after colliding with a horse testing an Indian powerplus. He carried out a 24 hour speed and time trial in our local area and broke multiple world records in the process.

The rally requires you to nominate an average speed prior to setting off, this is also done without knowing the course route. Points are deducted for being too fast or slow. There are categories which are basically pre-war, '46 to '64, '65 to '80, and modern. There were 60 bikes that entered. We nominated 62 kmh as our average speed.

My brother David rode the D7 and I rode the D3. The course was 210km through some hilly country, but road conditions were a perfect 26 deg with very little wind.

The washup at the end of the day was the only 2 Bantams took out 3 awards. 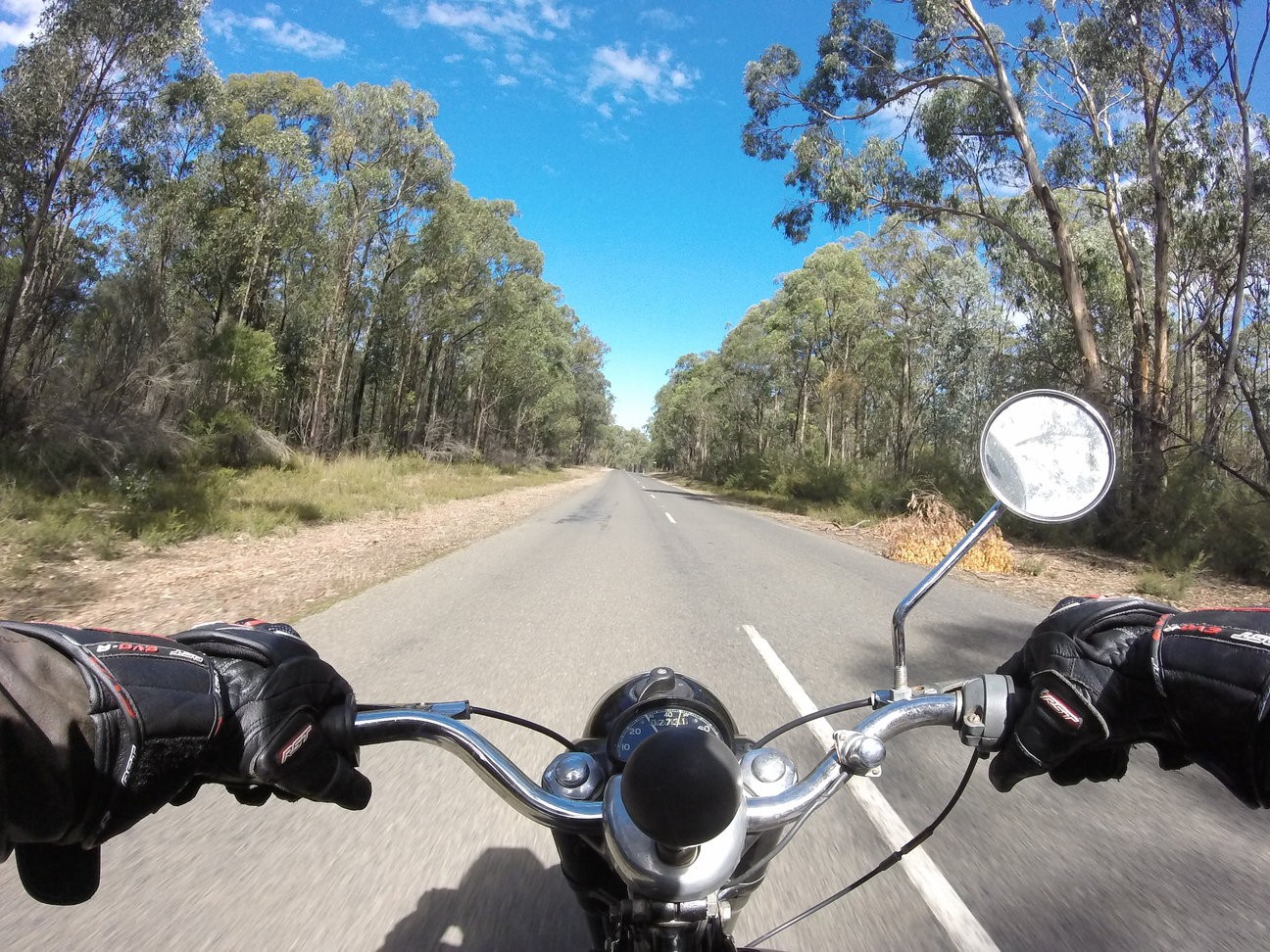 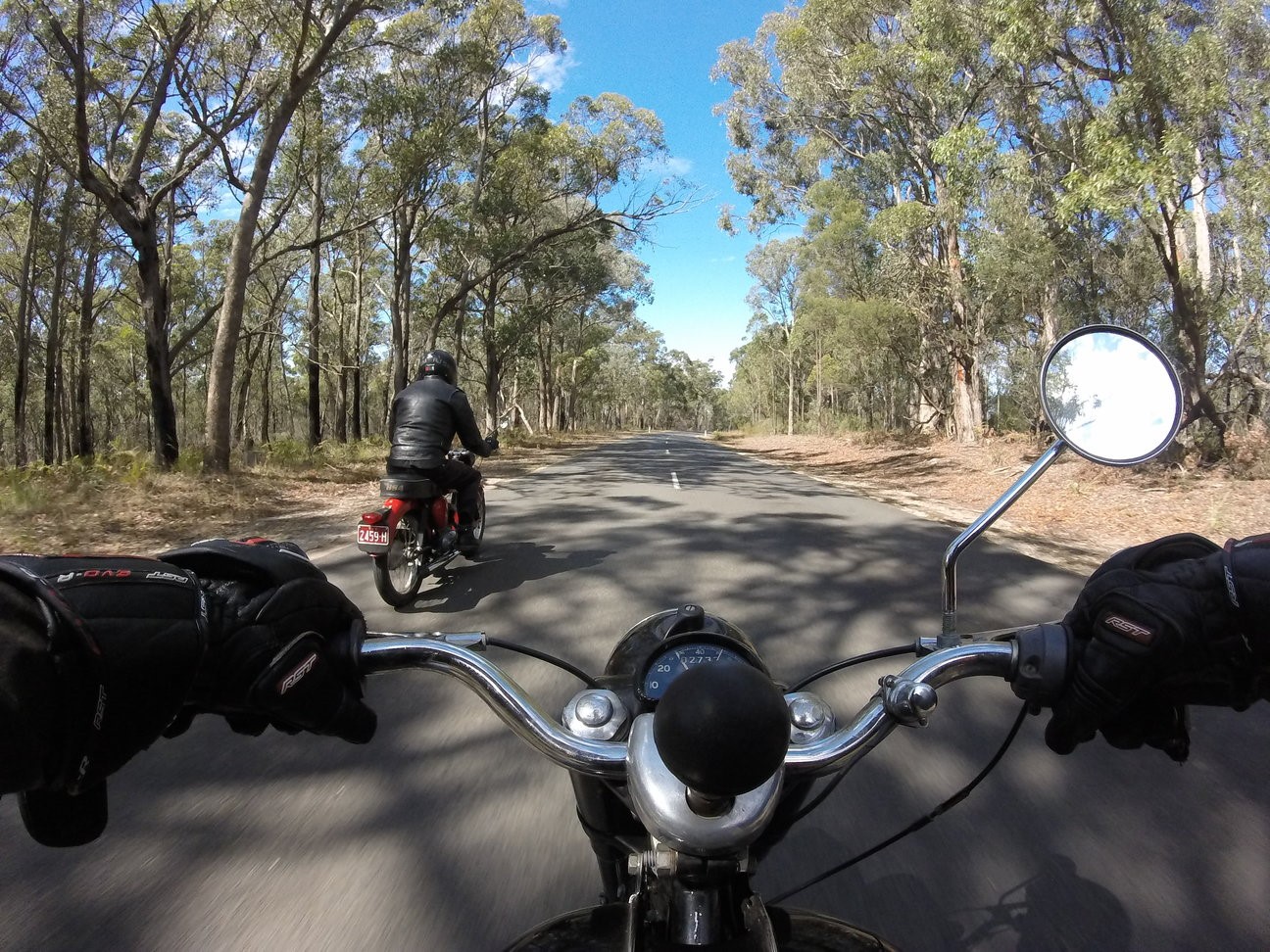 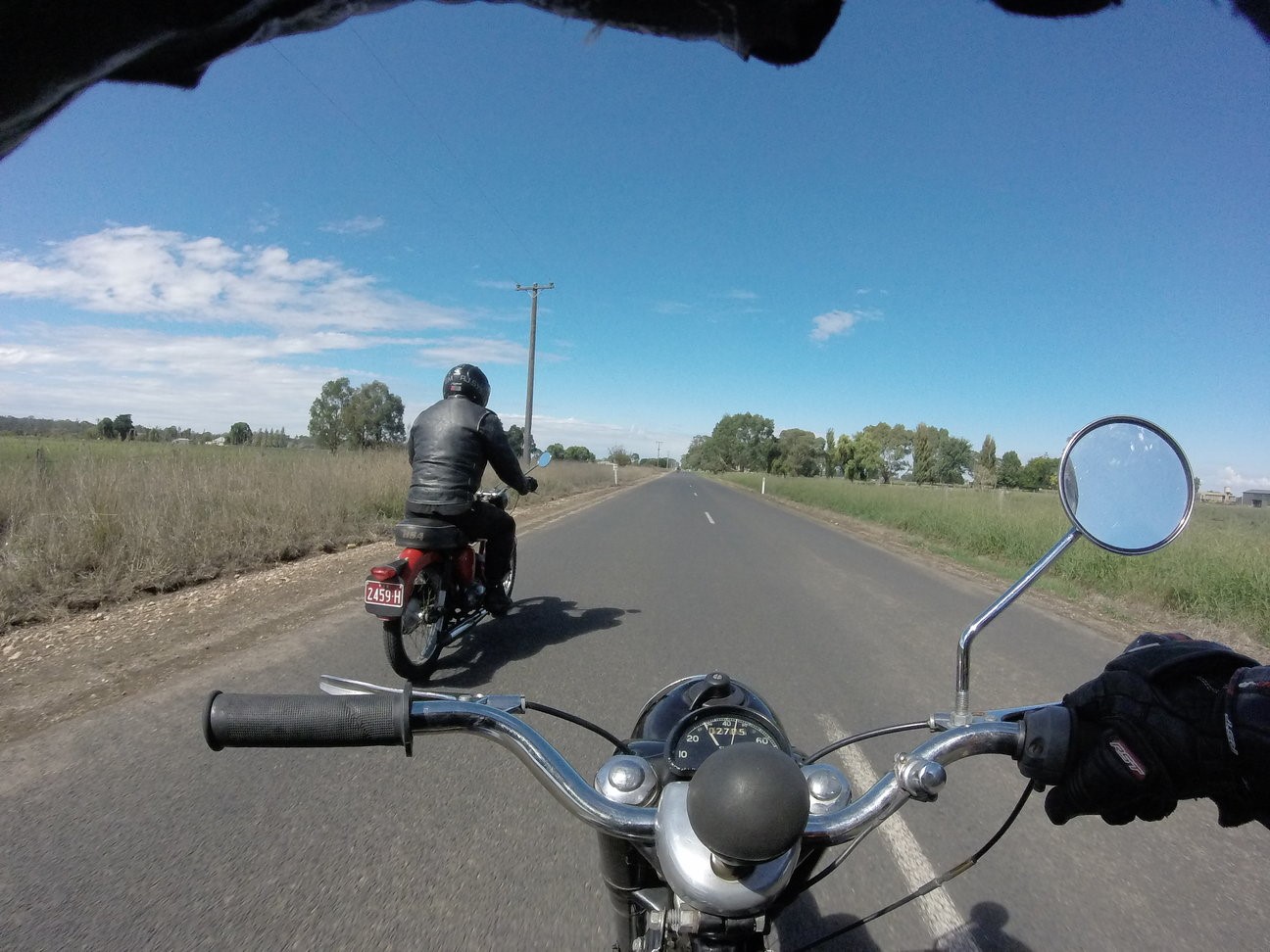 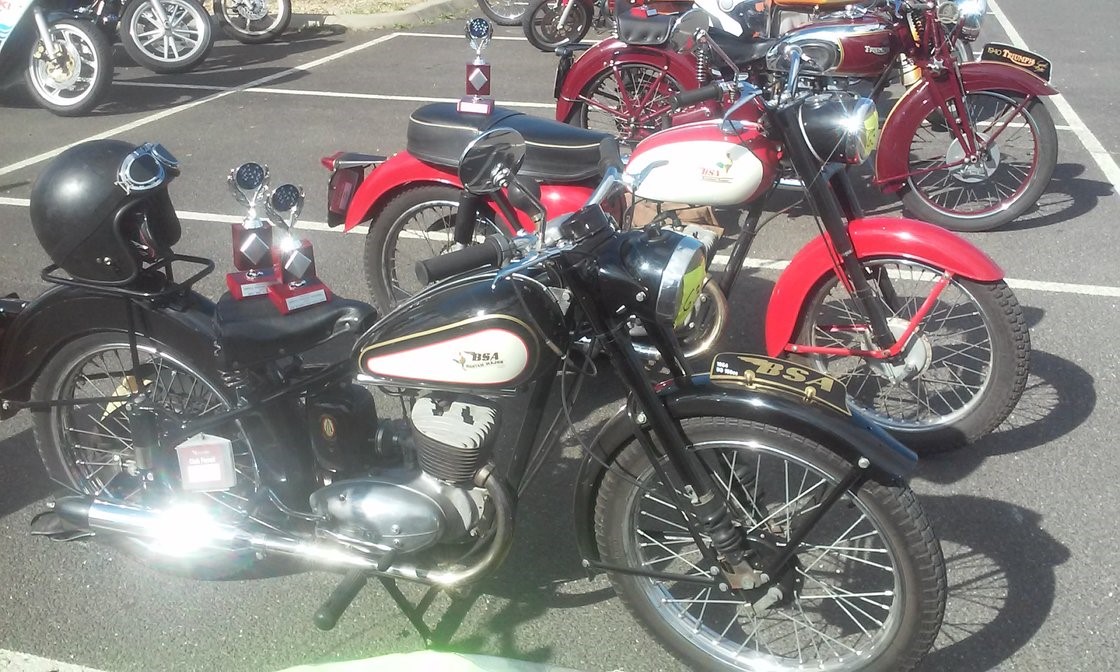 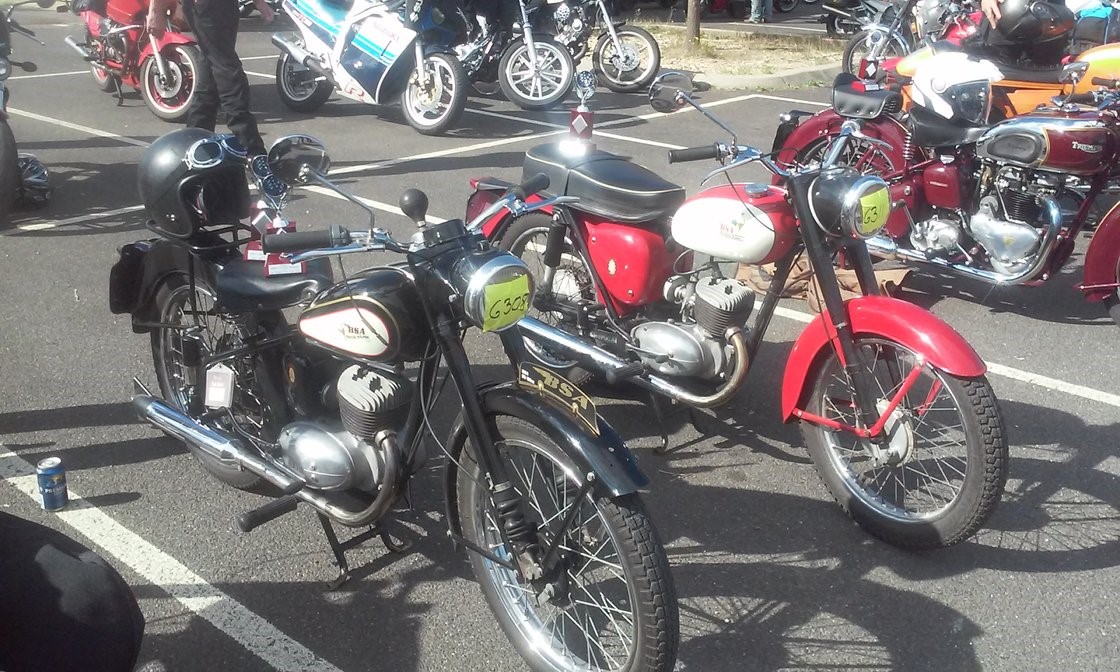 Two nice not overly restored bantams,lovely weather and 3 awards,sounds like the perfect day to me.

They also have checkpoints unknown to all so they can check your time between "marked" checkpoints so some can't speed up and "sit around the corner" to come in "on time".

That way you can't keep coming back year after year and winning it by setting the same speed. It gives everyone an opportunity at winning.....It's also never the same course.

Personally....................it's just great to ride in great conditions with older bikes and to have someone on a Norton Commando tell you that it's great to see a bike like a Bantam on a rally like that makes it worthwhile. I must admit I get a little bit " peeved" that the perception of a Bantam is a slow and unreliable bike.

One of the awards they give is for the "x" factor bike............I won this one on the D3 and I think this was due to A. no one thought the bike would last the distance and B. They never realised the aggregate speed we would carry. And apparently it was a unanimous decision from the judges (OK insider info!)

I know I now have a commercial interest in Bantams here in Australia, and I don't wish to contravene any protocols on the forum, but I am starting to get more than a little "aggrieved" about the perception of Bantam performance especially when some rally entry statements say "no Bantams"!

Like many others I run more powerful bikes, but I enjoy riding my Bantams immensely. But I think the Bantam gets unfair "stick' about reliability and performance that is unjustified. And before anyone gets on their "high horse" about my relationship with a certain CDI unit, I think a well fettled Bantam in any configuration deserves a better "rap" than just a "entry level" classic bike............................

Enough of my rant, sorry!

Had a 75yo on a very nice Norton 350 who stomped up to me at the lunchbreak and stated "that's not a standard bantam, I was doing 35mph uphill and couldn't catch you".............The D3 isn't a stock of the shelf Bantam for obvious reasons and not just the ignition system............but the sound of the Norton behind me was why we ride with old bikes!

Well done to both of you and good to see the Bantam doing so well and disproving the naysayers who still won't believe what even a standard Bantam can and will do.

I did a bit less than a hundred miles myself on my D7 yesterday, see my C15 rideout posting for details and pics.

BonesCDI said
... Had a 75yo on a very nice Norton 350 who stomped up to me at the lunchbreak and stated "that's not a standard bantam, I was doing 35mph uphill and couldn't catch you"...

He, he, he! And why shouldn't a Bantam be tweaked a bit where possible? Especially if it winds up a few 'proper' bikers.

We all know how you feel.

I replaced the brake lines on the Fireblade today and then took it out for a "gentle" test run in the Barnsley sunshine to test everything.

Then rode the D3 round the block - lovely!

Haven't even looked at the D1 lurking at the back of the shed for months but it will start first or second kick as always when I drag it out.

We all take the «censored» out of them - but still love them!

Your format sounds great and it would be good to do something similar over here - in my opinion.

I can't even get three blokes to turn out for a pint and a chin wag though - never mind 130 miles at 38 mph!

BonesCDI said
The rally honours Harold Parsons who just after WW1 held many world speed records until his death in the early twenties after colliding with a horse testing an Indian powerplus.

What was a horse doing riding the Powerplus in the first place ?