Yes, it's here! with the open day on 28th at the Market Harborough Rugby Club. On the left as you come in on the A508 from the south.

The theme this year is 1967 which is definitely Bantaming country! Non members welcome.

Peterg said
Yes, it's here! with the open day on 28th at the Market Harborough Rugby Club. On the left as you come in on the A508 from the south.

The theme this year is 1967 which is definitely Bantaming country! Non members welcome. 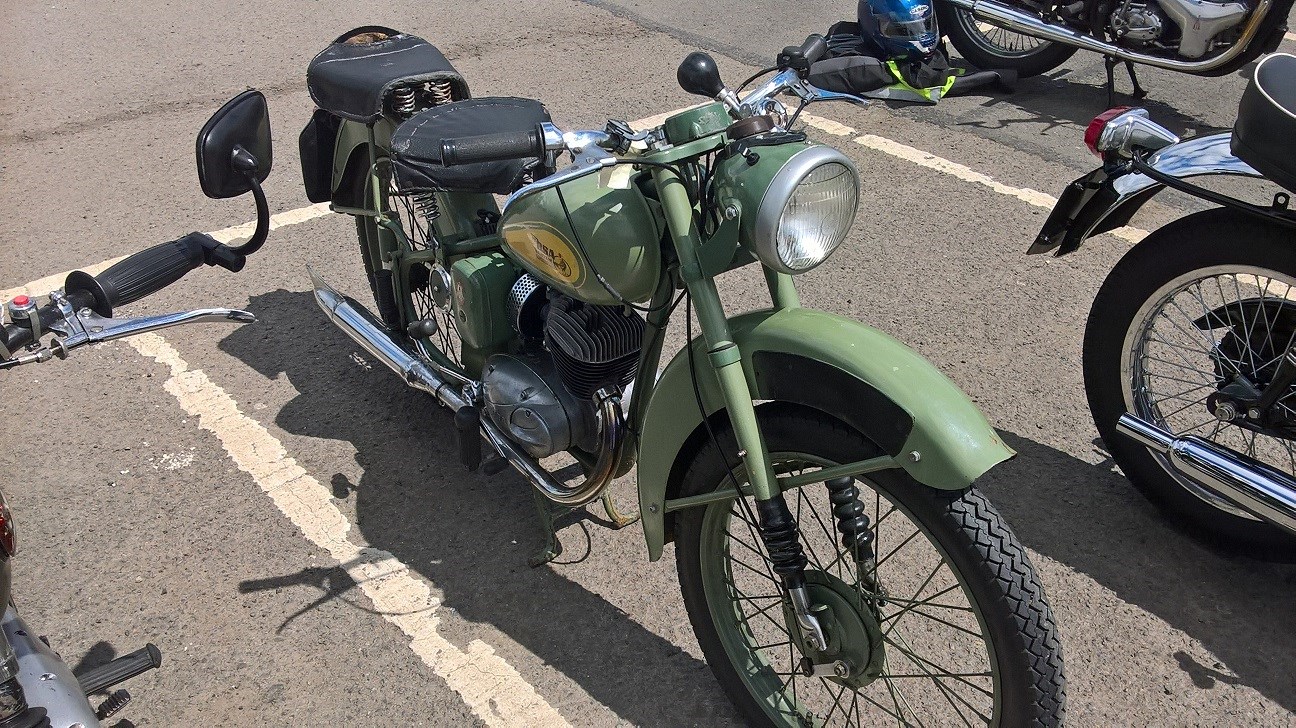 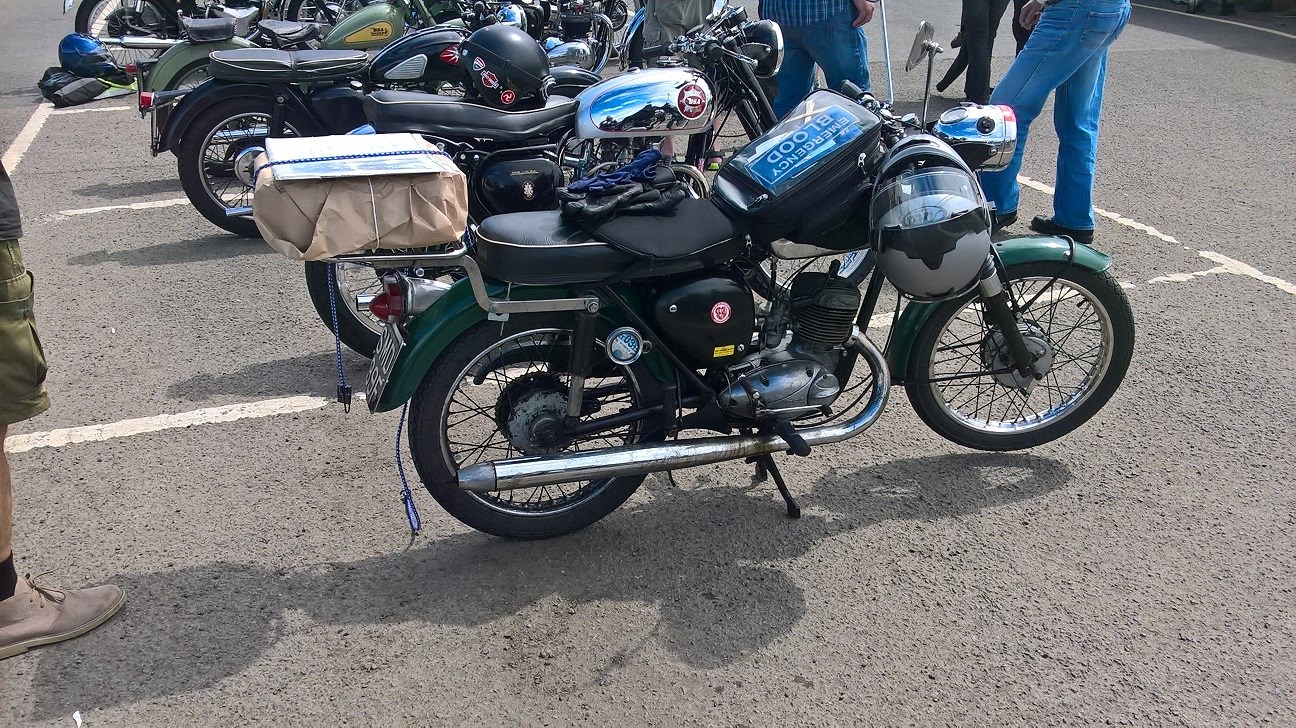 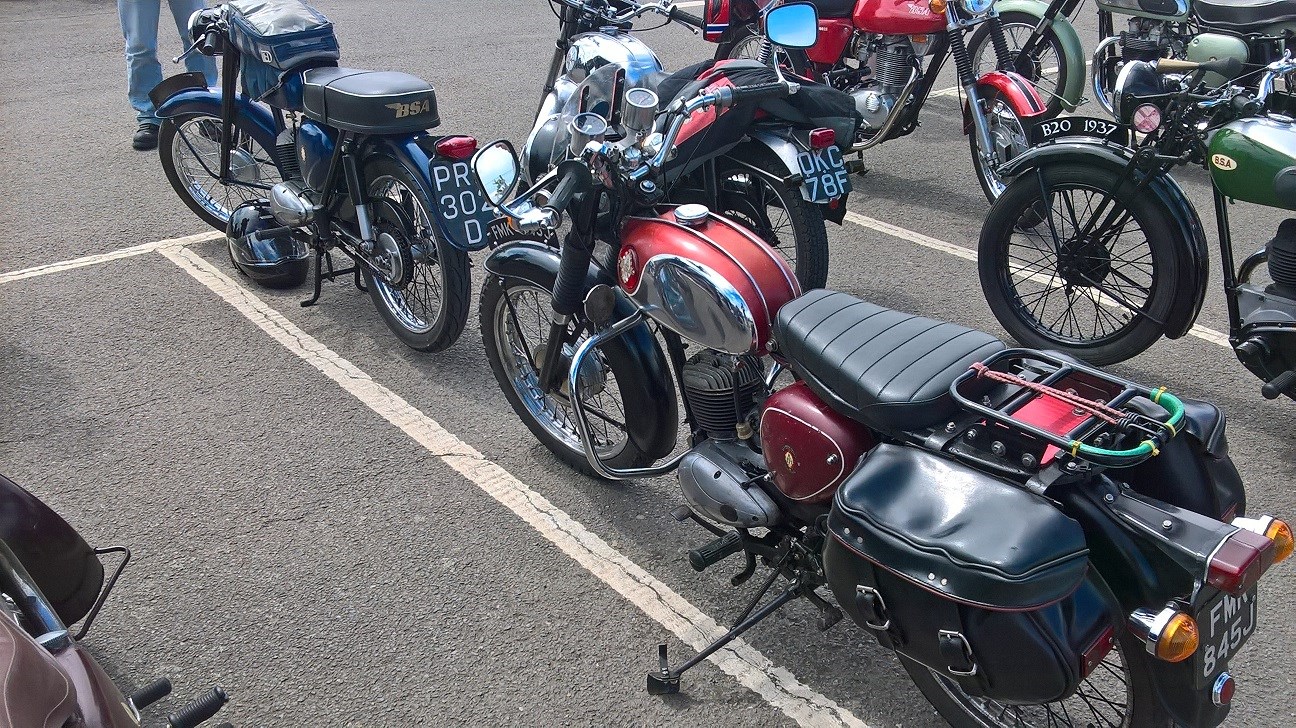 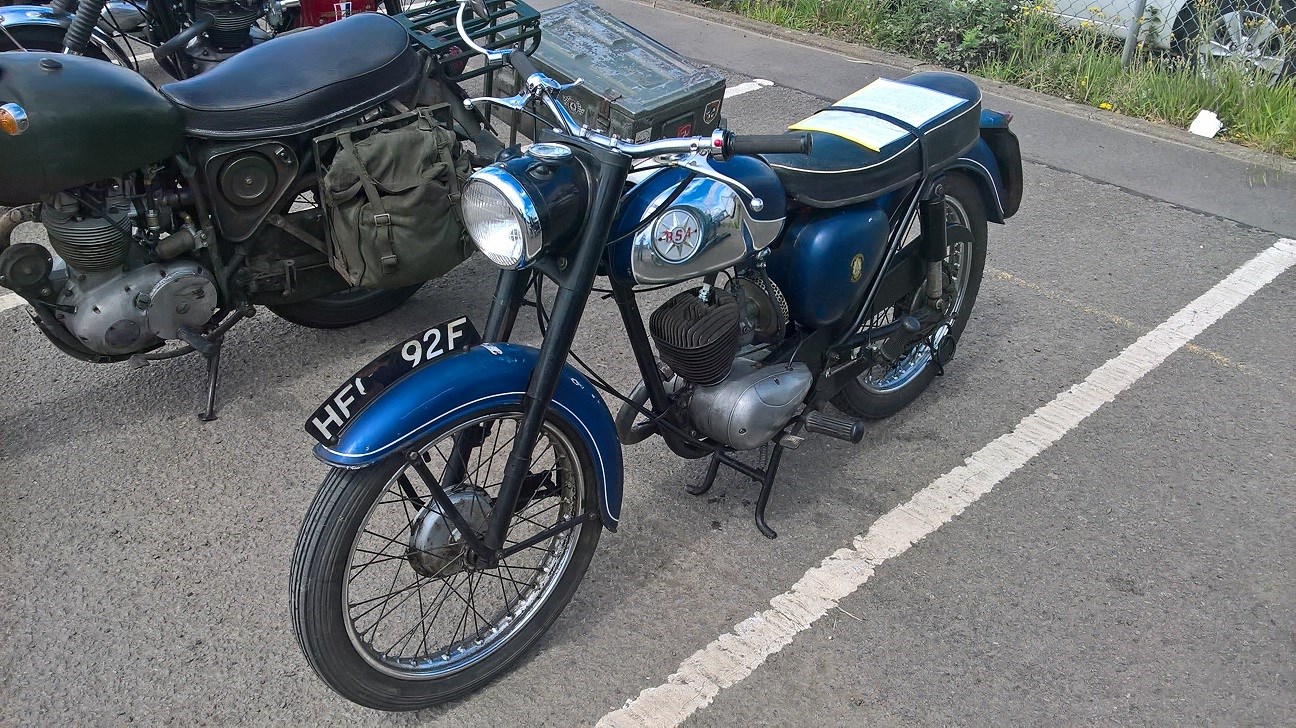 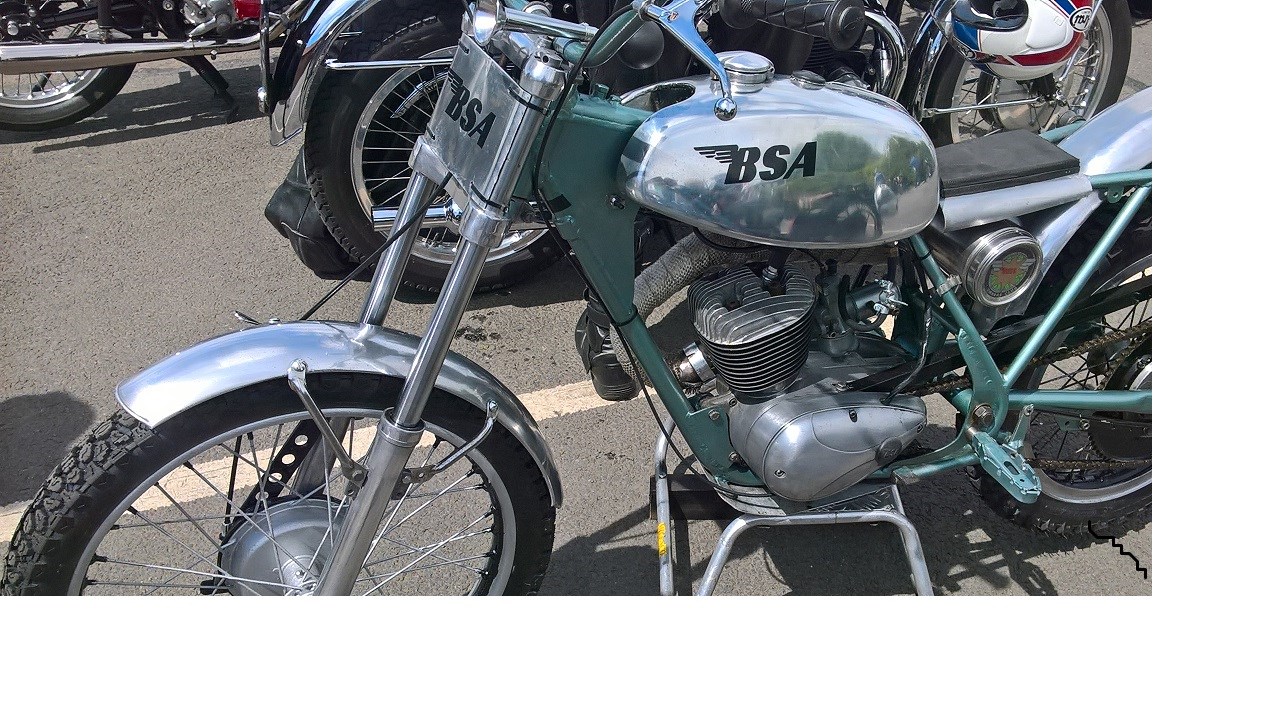 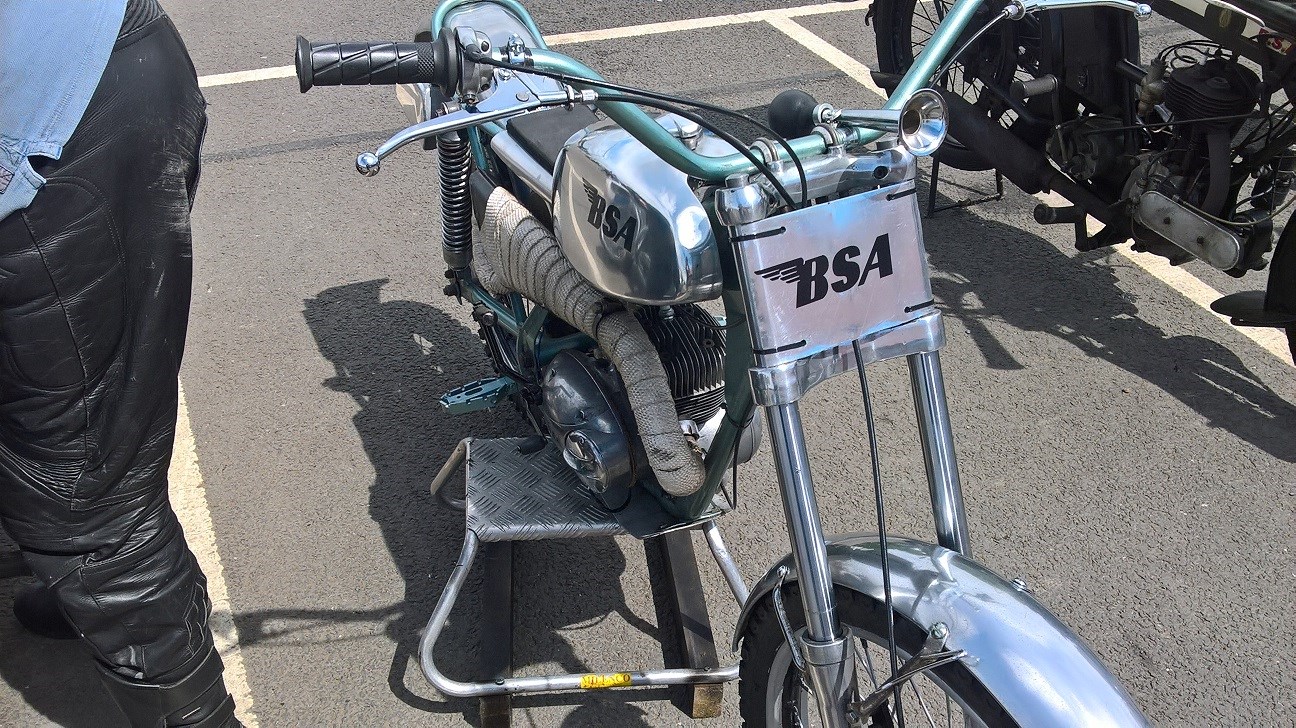 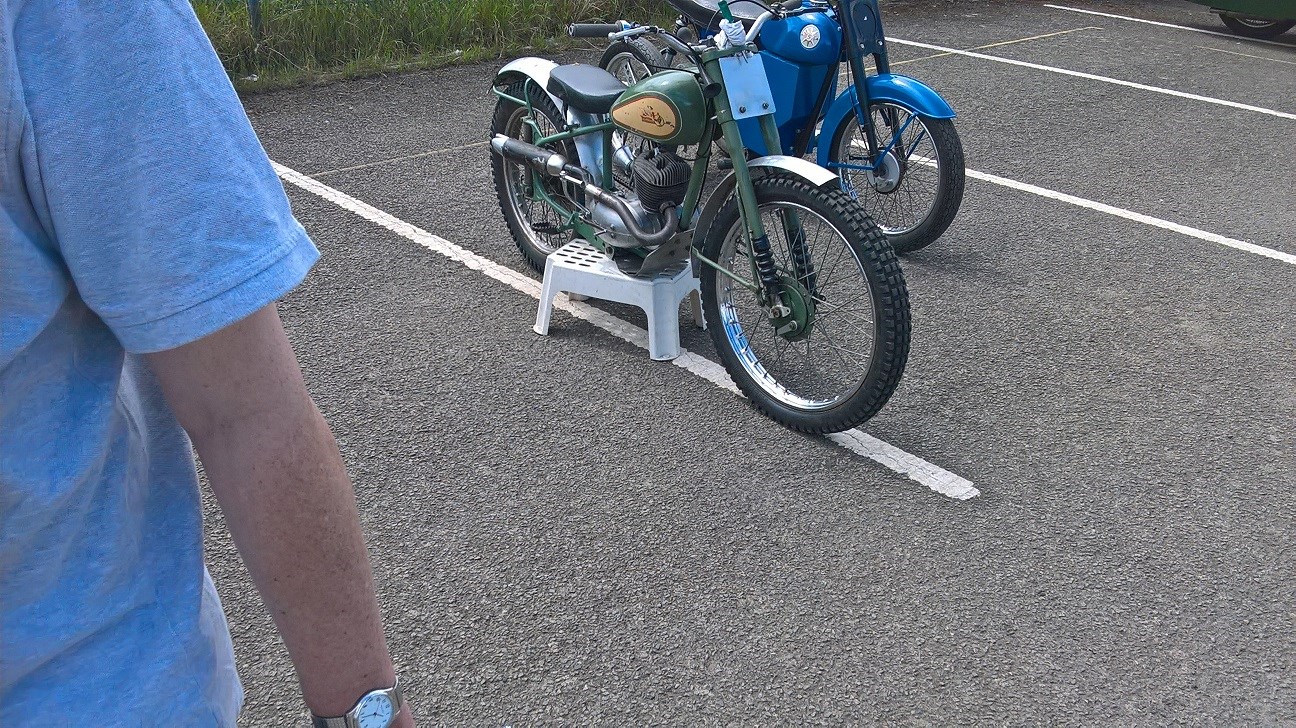 Good day out. A decent variety of bantams there. A nice trials version plus others that looked to be well travelled then my own which arrived in the back of the wifes car. Next to mine was an electric trike with a bantam front end !

Right - a bit late, so here's the good bits.

looked like a great day out, a good turnout, with some very nice bikes.

You lot beat me to it!

Anyway, the day wasn't without its moments. The ride up was mostly fine, going across the Chilterns and on up to Bletchley IKEA to buy a parasol base. The route after that was up through Newport Pagnell to Horton and then across to Billing and Sywell and Brixworth. Except, north of NP the engine started playing up and stopped. Next to a field that was being cleared and luckily they has a socket set with a plug spanner (the only thing I hadn't brought with me). So, while working a couple of bikes came past and then returned to see if they could help. That is the first (& probably only) time a Brough Superior has stopped with the offer of help! The rest of the ride was without incident.

Coming back I stopped to refill at Billing. I had thought about going on to Milton Kaynes but the engine cut out, so I filled up. Half a mile up the road the engine cut out. My fault, I had forgotten to open the fuel tap! rolled down the hill and got it running again but after that it periodically missed a beat and then a few more. By Cosgrove it was stopping and by Nash it needed bump starting, eventually giving out at Winslow. There I stripped the carb to make sure there was no water, kicked it over and it started up first kick and sat there while I had a chat before moving off. All of 200 yards. Gave up and called the rescue service who took me back to London. Still, I had managed a 140 mile ride.

Today I checked it over and it appears to be the Champion plug car that had disintegrated, but I could be wrong. Only a ride will tell!

Attached are some photos which appear to be copies of some of the above! 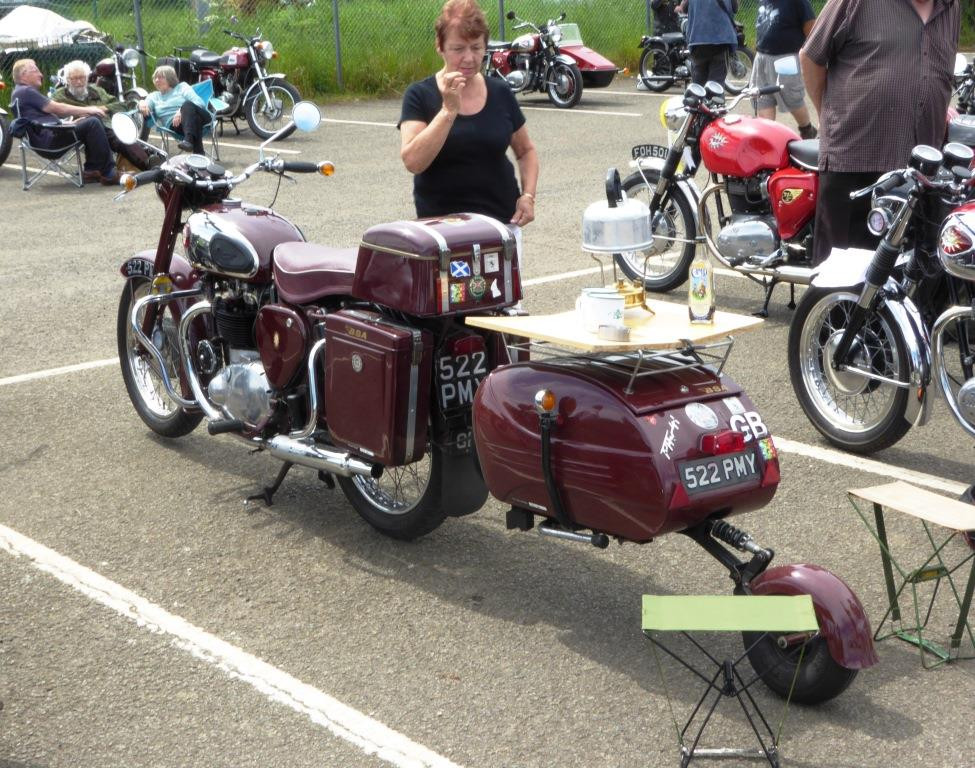 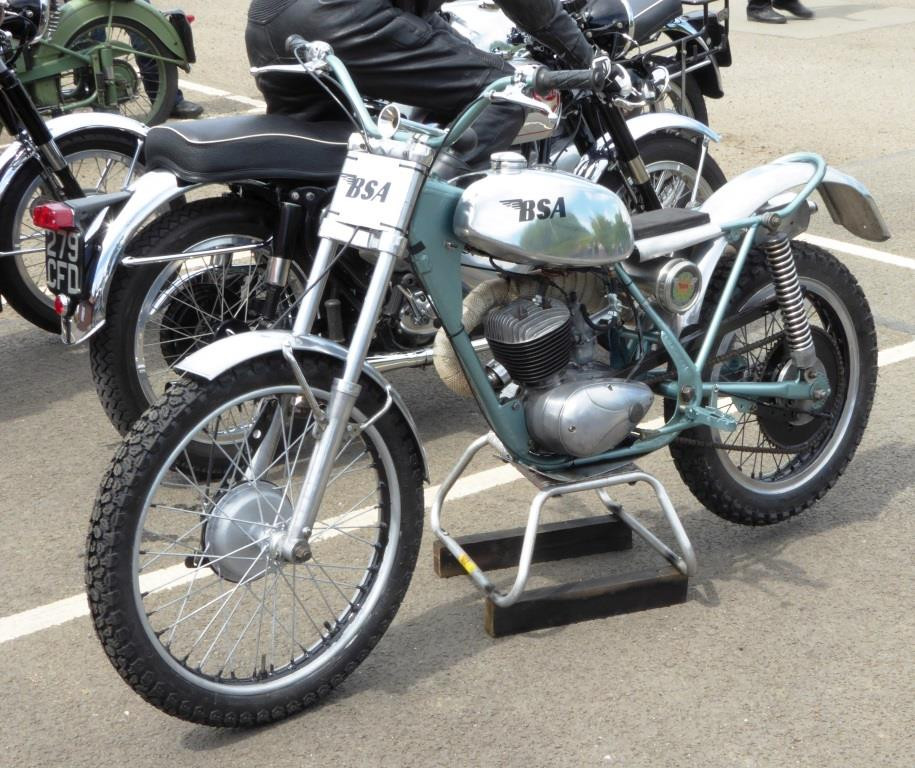 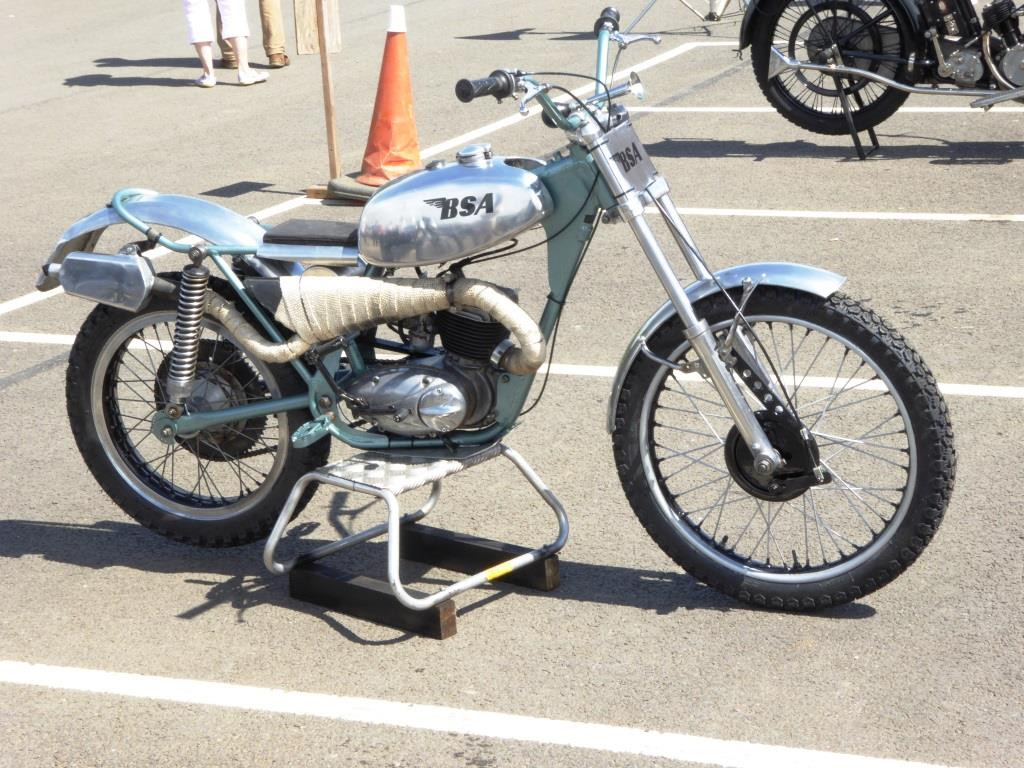 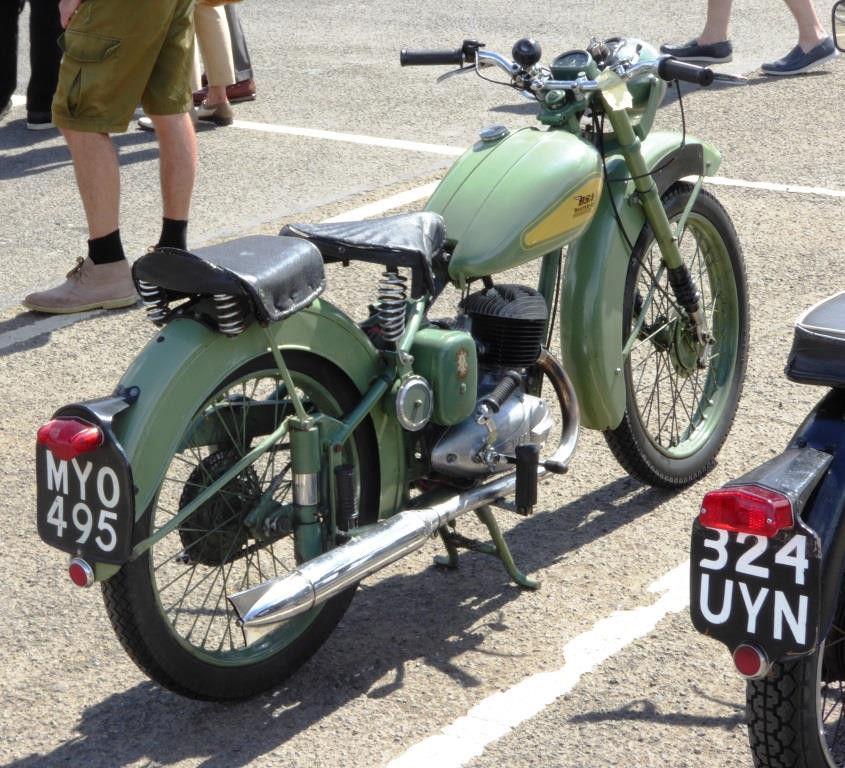 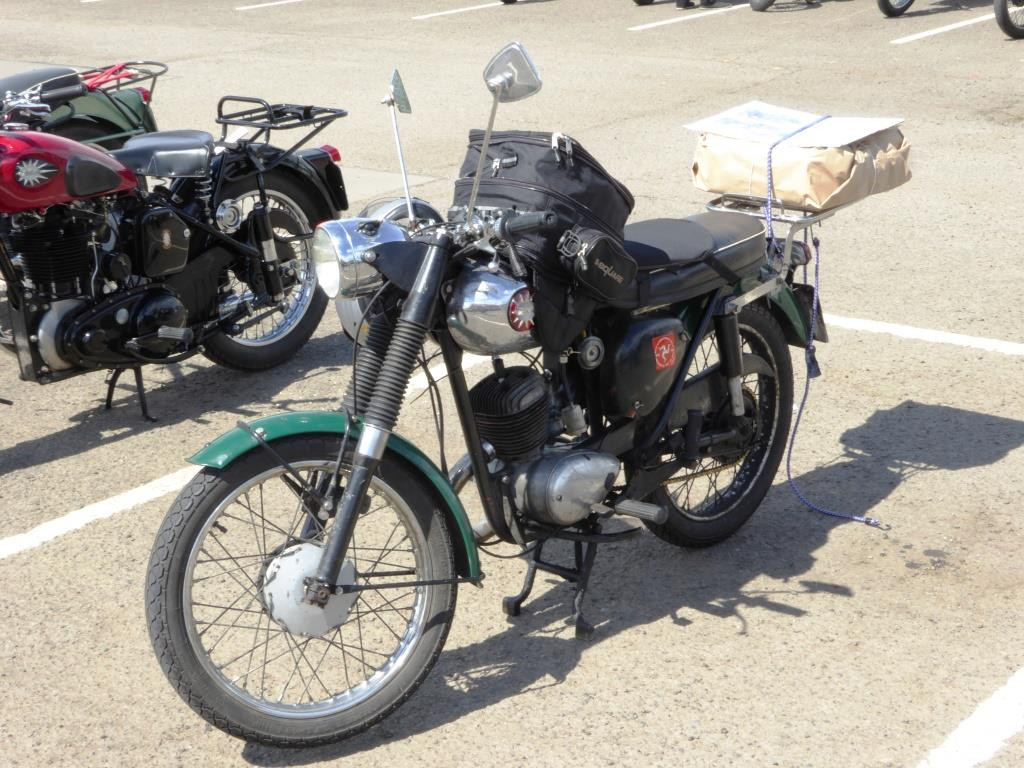 Yes a good weekend. Got lost on the rideout so returned via the M1 to J16 into Northampton then picked up the A508 to Market Harborough. Back to the Rally site all on my little Bantam. Enjoyed it.        Mark.

Great adventure you had there and back PeterG!

Great pics(and video), enjoyed those, thanks for posting everyone.