Great set of photo's.  Well done for getting there after a 100 mile ride.

I'd been looking forward to the Market Harborough do for weeks. So, bright and early on Sunday morning after a belly-buster biker's breakfast, I pushed the D10 onto the driveway, tickled the carb, switched on the ignition and gave the kickstarter an enthusiastic  kick, or three, or four, or five ...  Not a peep out of it, even though I'd done 25 miles or so the day before with no drama. After all the usual  checks, a new plug and a further 10 minutes of now frenzied kicking and bad language, I was knackered; much to the amusement of my wife who was watching from the bedroom window.

That was the end of my day out in Market Harborough. I thought about taking the Yamaha but it didn't seem the same somehow, so I watched the World Superbike on telly instead.

This morning I tried the Bantam again and it started first kick!

Sorry to all the people I told I'd be there, I guess some things are just not meant to be.

Really pleased to see a good turnout of bantams.

Thanks for posting all those nice pics!!

Great pics and glad those who went managed to get home (by whatever means!) again.

Nice standard bikes and some interesting modded bikes( who'd have thought of a streetfighter - styled Bantam!)

Right - I know this is late, but I've been out all day ( on a BSA of course

BSAOC rally - the plan was for me to ride the D14/4S and fellow Moonshiner Andy to ride the B175.  OK, so it was raining on Sunday morning, but by around half past ten or so it had stopped - and the rain never showed its face again all day.

Both bikes started with no problem.  The D14 did have a little niggle with the speedo - it was reading the best part of 10 mph fast, but I'd spoke with Mr. Pople at ** Please log in to view ** and told him I would be sending the clock next week seeing as I intended to use it for the BSAOC event on Sunday.  We rolled along nicely, only stopping for one "leg stretch" on the way, and by dinnertime we were at Market Harborough.  There was certainly a good turnout of Bantams, and we even had our own dedicated parking area.

We spent a couple of hours generally looking / talking / eating / photographing - then made a move back toward home.  Seeing as it was on our way, we called in at Foxton locks for a look around.

One thing that did have me laughing like loon - thrashing the D14 ( 55 mph ) down the hill by Canwell . . . . the speedo decided enough was enough . . . . and promptly threw the needle out of the pram. 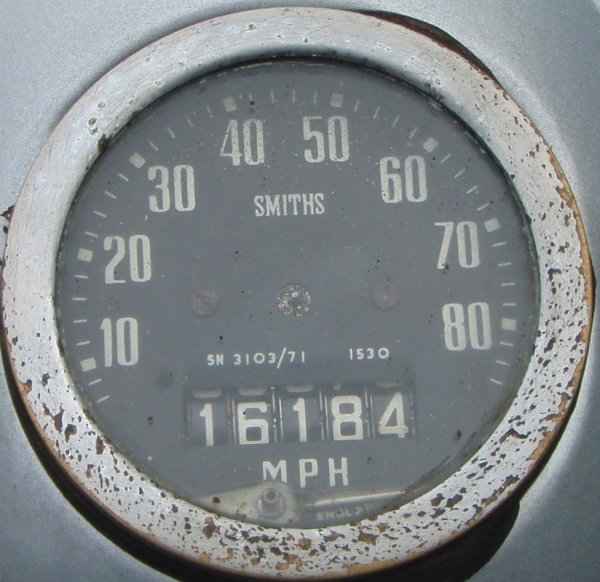 All in all - both bikes covered the 115 mile round trip with no bother.  OK, so we weren't the fastest bikes on the road, but we weren't the slowest . . . .that honour went to a Kwak SR 650 which had stopped on the main A5 / M42 roundabout . . . we of course continued back around and stopped to see if there was anything we could do to help ( old school - I won't pass a biker who seems to have broken down ).  Turned out the bike had just gone onto reserve and cut out - the rider seeing the oil light come on thought the engine may have seized - we soon put her mind at rest, and pointed out there was even a petrol station on the other side of the roundabout.

Anyway - enough of all that. . . . time for the video and the photographs.

Liking this addition to the seat!

Who was it and how far had they ridden? Must be more comfy than this though..... 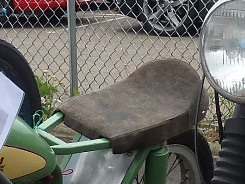 The top one is mine!

Like it think i'll get one! my foam is pretty compressed on my saddle

Looks like it was a good turn out, it is nice to see so many Bantams

Hmm - seem to have a bad link up there.

Great photos,thanks for posting them.