Here's a reminder that the above show takes place in a couple of weeks' time. We've been allocated a Club stand in the Main Hall, sited more centrally than where we were last year. Because it's a popular event, we've not been given a huge area and Mike Kilvert can only fit a half-dozen Bantams on the stand - but he has arranged a good spread of models, and this will include a racing Bantam.

Anne will also have an array of Club Shop stuff on display. We'll also have newly-available laminated A4 copies of all the poster-inserts that we've sent out with the last 25 Bantam Banter quarterly magazines.

It's a good show and a great day out. At this stage, I haven't a clue what the weather will be doing at that time: but I'd encourage anyone living within 2-3 hours of the venue to wrap up warm, and come along. I've driven down there variously amidst blizzards and floods - but it's a brilliant event.

Looking forward to the show, and cant wait to see the racing bantam on the stand.

Anyone going up to the classic bike show, would love to say hello, is there going to be a Bantam stand there? Were we could all say hello. Im going on the saturday.

I believe the southwest section will be in attendance . I`ll be there myself Saturday.

i will b there saterday

what time do it start

10 am, The Bantam club stand usually has most of the committee there and a fine array of bikes.

Bantam John usually attends, and there's a reasonable selection of tat, autojumble, pasty stands, etc as well as the bikes on show.

nices pasty the best but not cheap

I hope I get to meet one or two of you, and as for the pasties Bart, they are the best in Cornwall of course, but I won't have any with me sorry LOL.

I can bring Pasties, plenty of Rowes in stock in the shop.

Steak for the true Cornishman, other options available can even cater for the vegetarians with wholemeal vegetable option.

I will be wandering around on Sunday so may catch up with some of you, dark blue fleece with BB logo in green.

Just got back from the show, had a great time, the bantam stand was very busy so difficult to talk to anyone, I did manage to join the club so really pleased with that, looking forward to getting full access to the, no d3s anywhere which was a shame, wanted to take photos for reference. and some of the delights for sale outside in the jumble:- 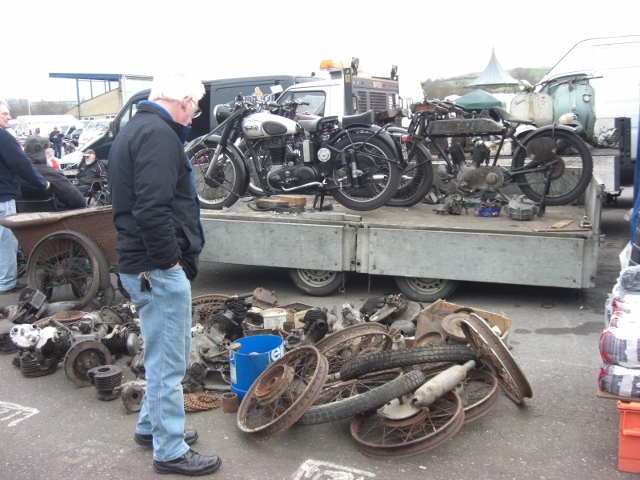 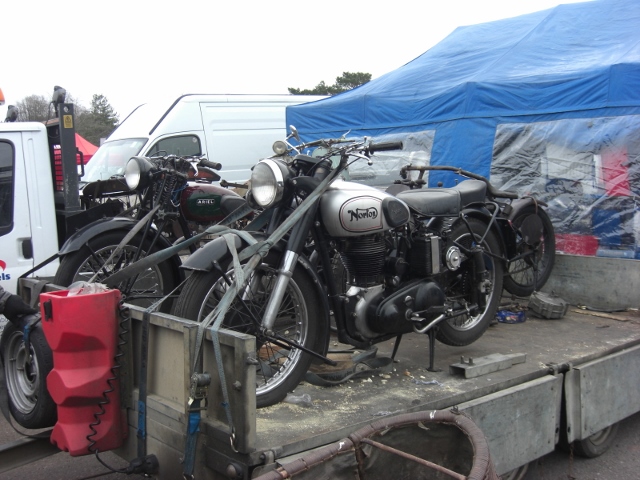 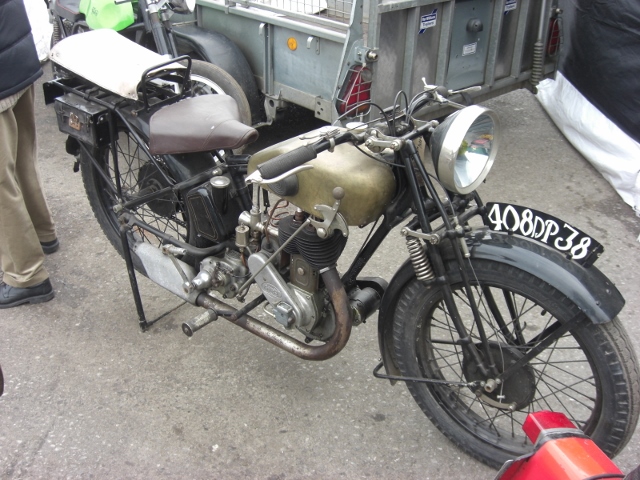 ....which we all agreed was a thing of utter beauty and in fabulous patina'd condition. Dennis and Rich Thom's mate Stuey both nearly reached for their chequebooks!

I preferred this Moto Guzzi Lodola 235 for £1150 (one of three, the others a bit less complete) and especially the Ducati 160 alongside which didn't sell at £400: 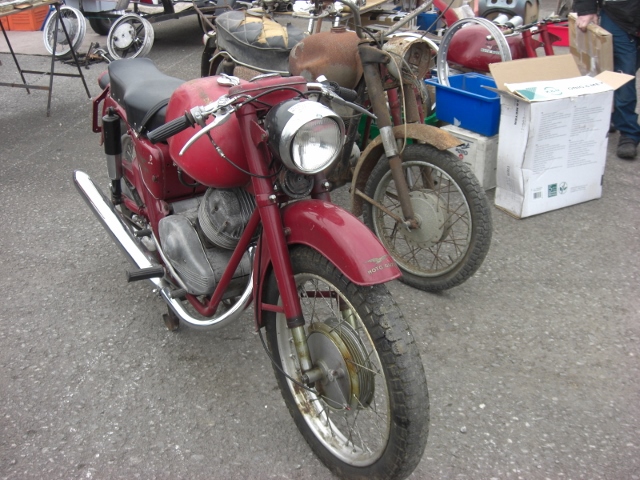 My mate Andy came to help man the MCC stand with myself and a few others. He came with a resolute "I'm not buying anything until I sell my outfit and make room in the garage (one of two mind)" but immediately said he liked the Lodola, but was firm and strong. Then he saw a lovely Honda XL185 that was on the Facre stand and despite manful resistance for, well, over an hour or two, "can't, shalln't, no room, must sell the outfit....." he disappeared of for another look (the fifth or sixth) and came back suitably pleased with himself. "Bought it!".

and to show you how cold it was this is the ice I scraped off the tent.... 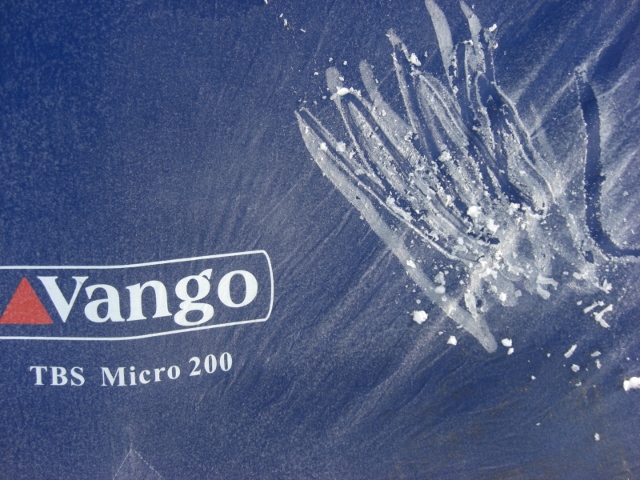 That Norton was for sale??? Price??

Nice pictures Rick.. and some really nice bikes there!! jelous..

What was the veteran V twin in the first picture.

Dimitris....didn't see a price but I think it's an early ES2 with a plunger frame and roadholder forks? I would have thought it would have been about £4-5k but then sometimes they ask for crazy prices just in case the man with the lottery win turns up.

Bones....sorry buddy didn't clock a name - should have, I know. But some mates came in later and mentioned a £16000 price tag but I forgot what they said it was..if that was the one they were talking about. I see it has racing no. plates on it. I'll send you the original photos if you want.

BTW you were asking about the trail BSA I was riding in the video - it's a B25 250, very "Americanised" repatriated some years ago.

Thanks to all who came along, for helping to make this a great event. Mike and the team put together an excellent display, with a number of 'local bikes' that always helps to ring the changes. We ended up on an outer corner of the Main Hall - but the stand was really busy for most of the weekend, and a traffic blockage was caused on a couple of occasions. We gained a good crop of new members, and were almost cleaned out of information leaflets/application forms. My apologies to anyone who wanted to bend my ear - but couldn't get to me. I know t'other folks on the stand were also quizzed to a standstill with technical questions from a raft of enthusiastic visitors; the normal crop of knowing nods towards Dennis Legge's GPO Bantams; and some close examinations of the Bonneville Bantam.

Point to note: there were a few Bantams in the auction at this show, which was open to all for viewing on the Saturday. My friends: the selling prices were... startling. Most notable was: a D3 which had been hand-painted red and yellow: and then stored in an open barn for over 30 years with a sprinkling of soil, bird-muck and ballast. It really was a 'barn find' in its most literal sense, and would require huge effort (and expense) to bring it back to life. Sadly, I didn't think to take a 'happy snap.' But it was a rusty wreck. That went for over £600 plus fees....!

I have a pic of the D3 and will post it when I get the camera off my son for anyone who is interested, it was a fantastic show, and really pleased that I went, roll on next year.