I have 1 1965 D7 which has a V5. This was obtained by the last (and original) owner in ( I think) 2005 after using a dating service. My problem is the frame number on the front of the headstock is not readable having mostly disappeared to rust. I have had a look on the front engine bracket and there is a stamped number there of 'GD7'.  The frame is about to be cleaned and resprayed.

Is there a process that is acceptable to the DVLA to redo the frame number in a more permanent way e.g. Letter stamps? Mechanical etching by powered hand tool?

First I would suggest that if you are going to clean and refinish the frame, to see what you have before you do anything. Check both locations, the headstock and the front left engine mount. Once you can see what is there take photographs and rubbings of it to keep with the V5. If it is still readable then I would do nothing.

I hope that helps

Whereabouts are you in the world? There might be a member near you with a set of stamps.

With number on the engine mount there should not be another on the headstock.

I have attached photos to show the IDs my D7 has, such as they are.

The first is the headstock which is unreadable. It looks as though the number was stencilled on with paint rather than number-punched. Not sure what can be done to preserve this as it would need to be wiped to get any spray laquer to stick which would wipe off any remaining numbering.

The second is the engine number - fine.

The third is the lower right front engine bracket which only shows GD7 and no other digits. (my frame number as per the V5 is D745953).

I bought the bike from the guy who originally bought it from "BSA House", 134-144 City road, Cardiff in May 1965 and who had the bike re-registered, with its original reg number (ETG 90C), on 26/11/2005. To get dating info to support his re-register request, the original owner sent relevant info to Dave Burton in Gillingham of the BSA Bantam Enthusiasts Club (Predecessor to this club?).

The bike is in Newport, South Wales if there are any members nearby with letter/number stamps.

Thank you all for your input. 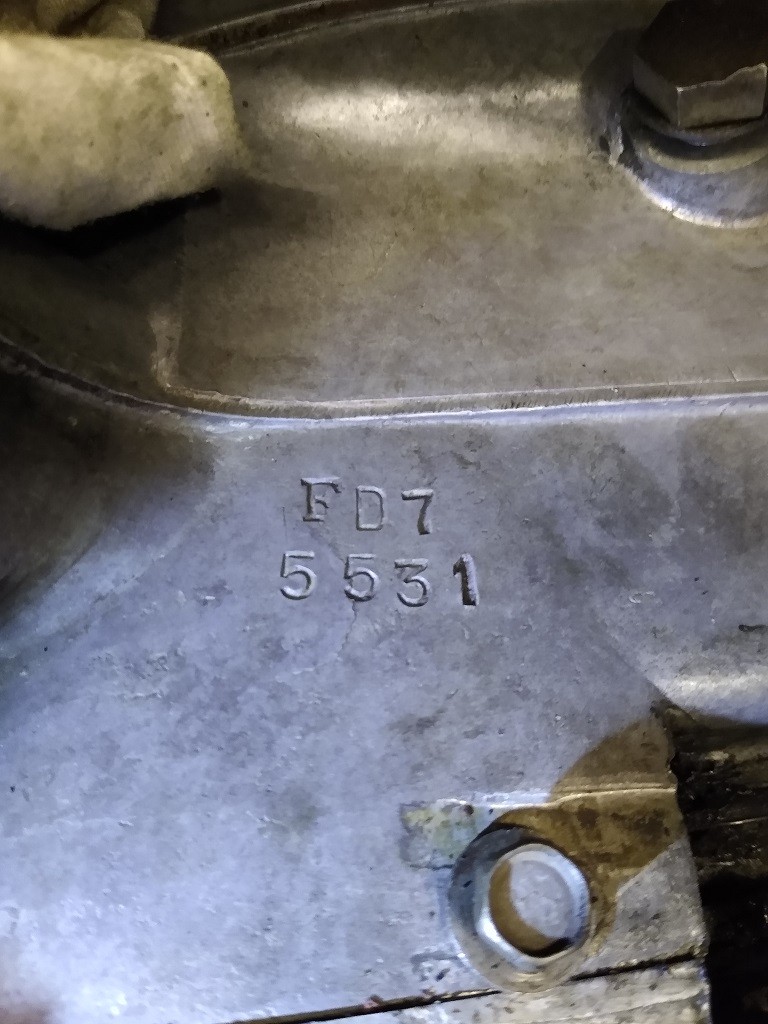 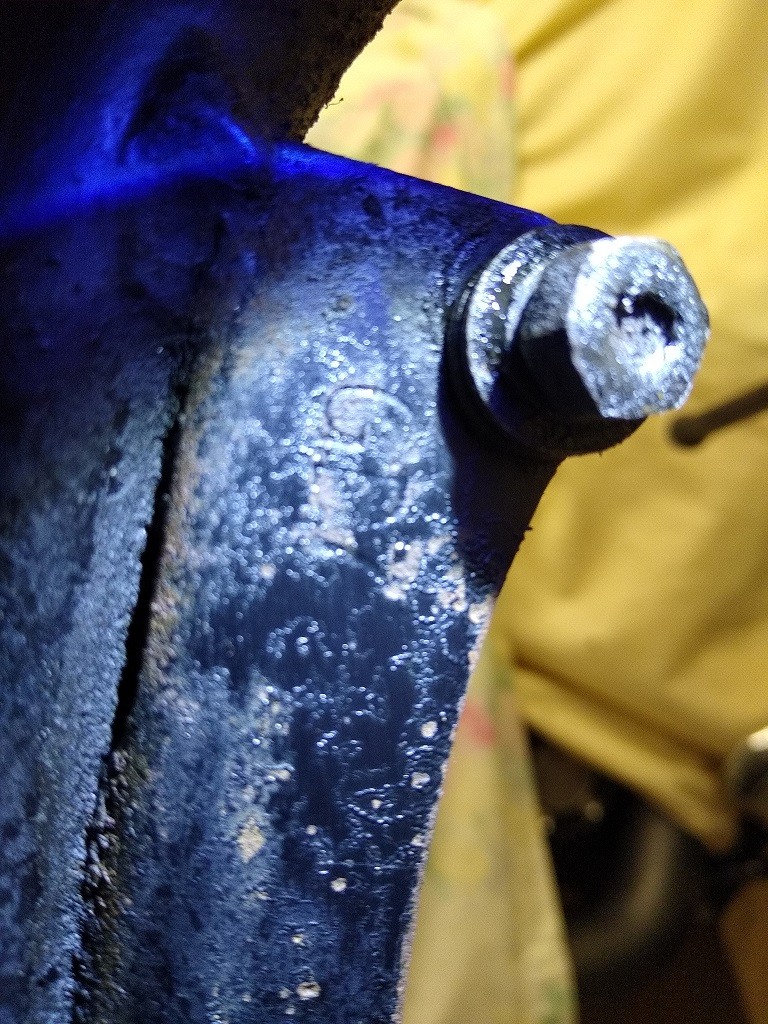 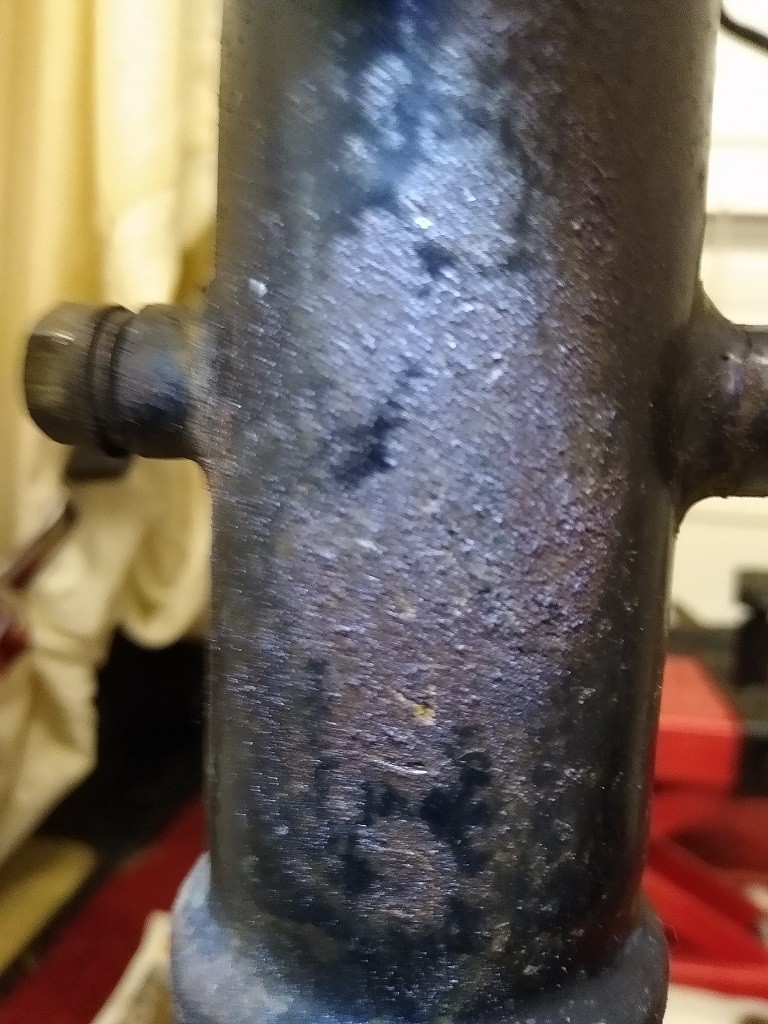 Try a small wire brush (the toothbrush sized ones) or some wire wool, and some wd40. My frame number was invisible until the overly thick paint from a previous restoration was removed.

D7 45953 left the factory, together with engine FD7 5531 on the 5th March 1965 and was sent to Car Distributors, Cardiff. They were based in BSA House. It is a battery DL model in red. I would clean up both areas gently and see what you have left. BSA did not use paint to mark frames, they used stamps. It may be that someone in the past has painted over the area, but frame numbers have to be a fixed or permanent item not something that could be removed with thinners or similar. If you clean that area and the paint comes off, its not a major loss because its not original. The numbers should be stamped on the headstock, it was the second lot of uprated D7's that were stamped on the engine mount, though BSA were never truly consistent...….

A soft brass brush - like used on suede shoes - is also good for cleaning up metalwork to reveal any markings without doing damage.

Thanks gents, I will give the suggestions a go and reply on here when I have a result. (Might be sometime before I get to play in the garage again as we are trying to find and then move house).