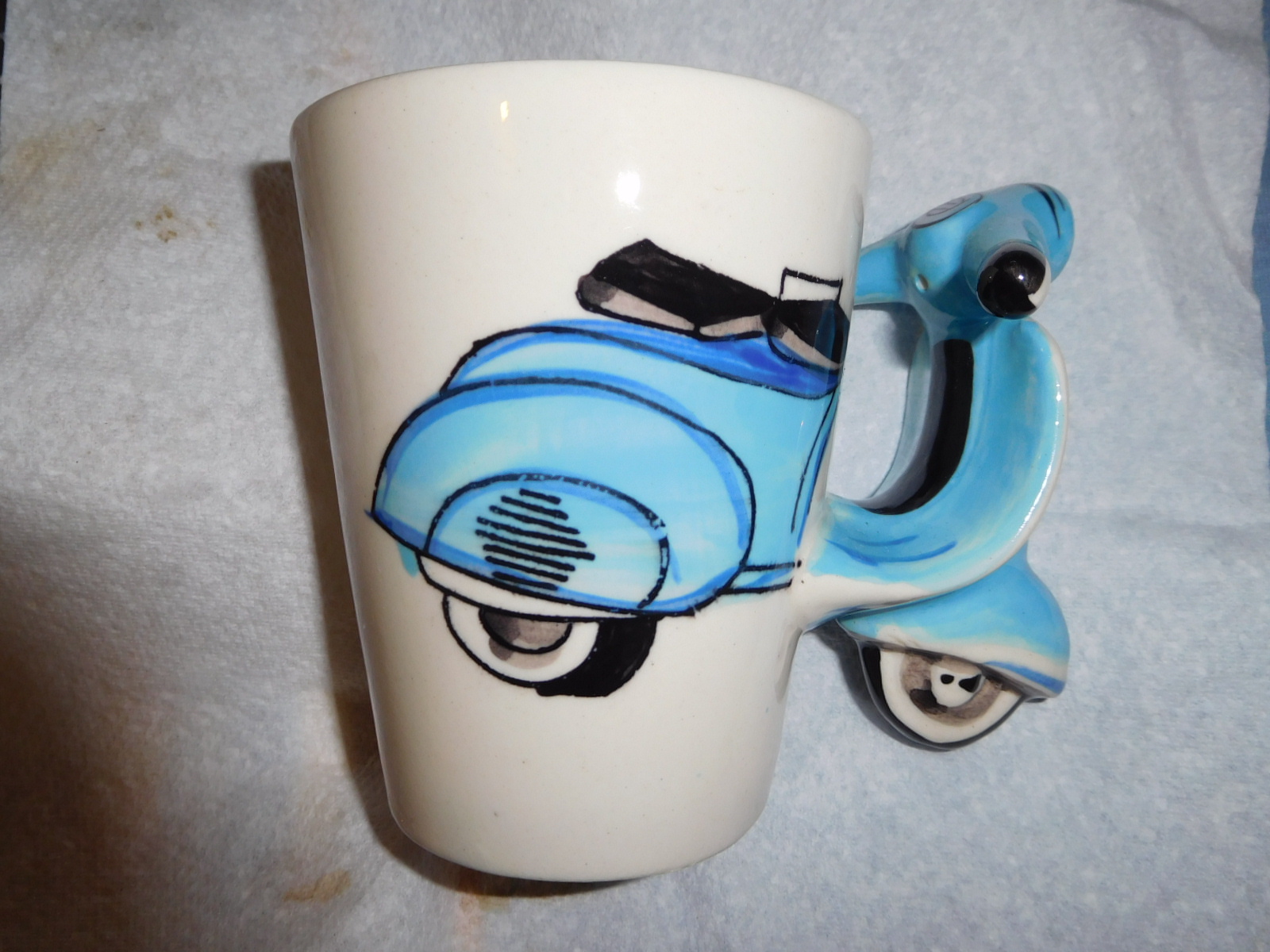 Last Friday I stuck some fruit in my pocket and set of on the Bantam. After about 3 miles there was a sudden dull BWWAAAAAAAHHH sound, instantly I whipped in the clutch and stopped where the bike sat idling. When I blipped the throttle the bike revved but not crisply. Having my breakdown card in my pocket I decided to carry on. The bike wasn't running well and the dull BWAAAH... sound was constant. I reached a nice spot by the  Union canal and stopped to eat my fruit. Time to carry on, bike starts 1st kick and idles while I put on my helmet and gloves. When I opened the throttle the bike cut out. This happened a few times until I closed the air-slide as I opened the throttle and the revs picked up. After moving off the bike started to mis-fire (as you'd -probably expect with a warm engine and the air-slide closed), I then opened  the air-slide and the bike made it home but with the constant dull bwaaah and not running so well. A few days later (Convinced it was a fueling problem) I had a look at the carb, nothing wrong here, so reassembled and started bike. Went for a wee run, after about 2/3 mile the dull Bwaaaah appears and the bike cut out. Won't start until I close air-slide then drive off and open air-slide and get home accompanied by the now familiar sound. To cut a long story short, after a bit of unsuccessfully trying to find the fault, I remembered that the last time I bought fuel I bought Tesco's super-unleaded (1st time ever) rather than my usual BP super-unleaded ("No, it can't be. I'm clutching at straws now"). So, this evening I pulled off the fuel-line from the carb and hooked up a 1 litre fuel container filled with BP fuel, started the bike and took it out. Went a round trip of about 10 miles, bike running fine. Oh, by the way, the bike wasn't fouling the plug, it looked pretty healthy when I looked at it last Friday after running for about 15 miles with the dull Bwaahh sound. Do we agree that my bike, for some reason, doesn't like Tesco fuel?

Not in a position to agree or disagree mate as I have not had a cjance to hear the noise myself but I can tell you that my air cooled bikes all run very hot on supermarket fuel but run a lot cleaner on Esso 97 octane juice.

Liquid cooled engines don't seem to mind because they can dispose of the heat so it doesn't get noticed. Poor old Bantam feels as though it has been poisened by all that ethanol and low octane fuel.

Sponge said
Liquid cooled engines don't seem to mind because they can dispose of the heat so it doesn't get noticed. Poor old Bantam feels as though it has been poisened by all that ethanol and low octane fuel.

Modern efi engines with wideband O2 sensors, knock detection and all the other electronic monitoring of engine parameters and subsequent control of fuelling and ignition can cope easily with variations in fuel quality. They can make the best of whatever you put in them and you’ll likely only notice a “poor” fuel if you’re regularly exploring the outer edges of the performance envelope. An old fashioned carburetted engine, in contrast, will be jetted (and the ignition timed) to run best on one particular brew, and changing to another will almost always see a drop in performance.

I would say if a certain brand gives trouble don t use it and stick to what does work also i do not believe you can assume all 97 octane petrol is ethanol free .

Just checked back on my emails and it looks like you living in central Scotland Esso super has ethanol in it . So you may be able to find a petrol with out ethanol but i think you would have to contact the petrol co s  and hope you can find some .

It's reminded me of similar experience I had with my Meriden T140 Triumph 750, and Total petrol - especially from one particular garage - not as dramaitc, just ran like sh!te. And this was years ago, would be late 1970's.

Seems like yours started happening after warmed up, so I'm guessing pre-ignition kind of thing.