My D7 has been languishing in my back yard since before lockdown so I decided it was about time I got it up and running. It was bought as a D7 Super but it turned out to be a Silver Bantam which caused a slight change in plan. I had originally intended giving it an 'Oily Rag' job and running it as is but a PO had painted it all blue so I felt obliged to restore it to it's original colour scheme. I don't want the bike to look restored so I will leave the tank as is with it's faded silver sides and give the mudguards and headlamp a thin flash over of silver base over grey primer and let the weather do the rest. (Fake Patina?) 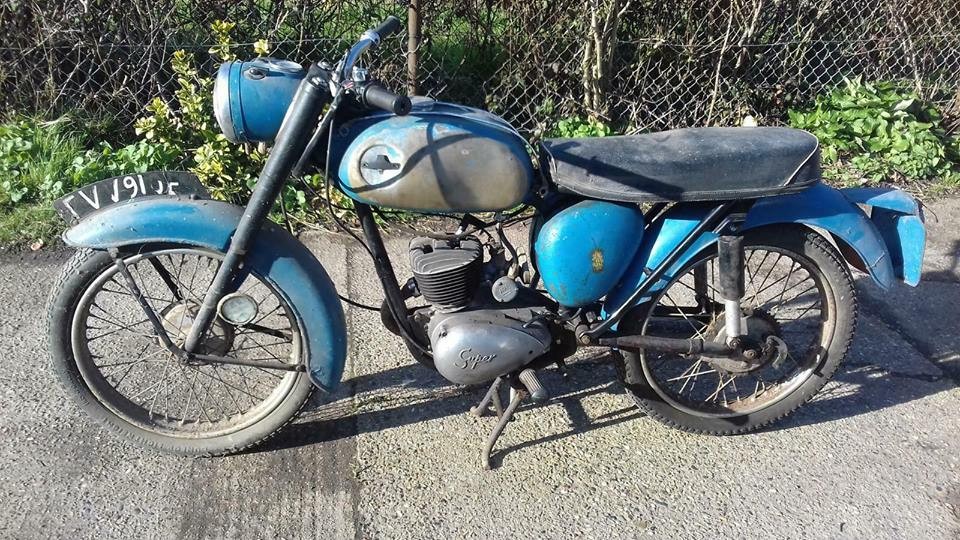 I've rebuilt the forks, renewed the steering bearings, rubbed down the rusty rims with kitchen foil and vinegar, rebuilt the speedo which was stuck. Gave the silver bits a coat of primer. Doing a trial fit of some of the parts being worked on as I wait for parts to be delivered such as CEI nuts and bolts, bulbs, chain guard, brake cable etc. 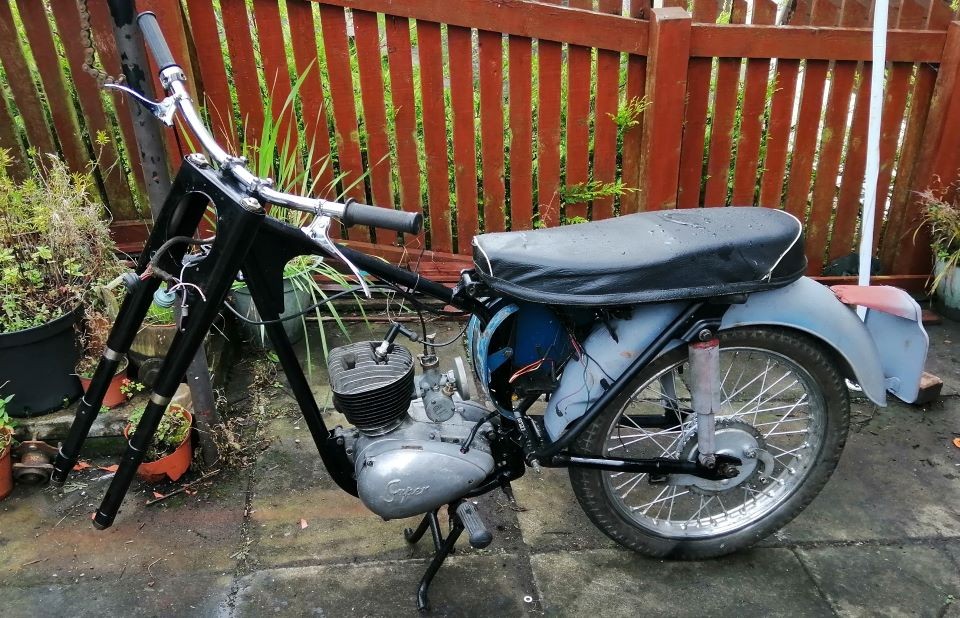 Buffed down the rusty exhaust system. Got the clutch and the brakes working. Fitted the new chain guard. Got good compression but heard a 'click' when I kicked it over so removed the barrel to discover a broken piston ring. The piston, rings and bore were like new so I reckon the ring got broken due to clumsy assembly. The PO never finished the rebuild so the bike was never started. Piston rings and carb rebuild kit now on order. 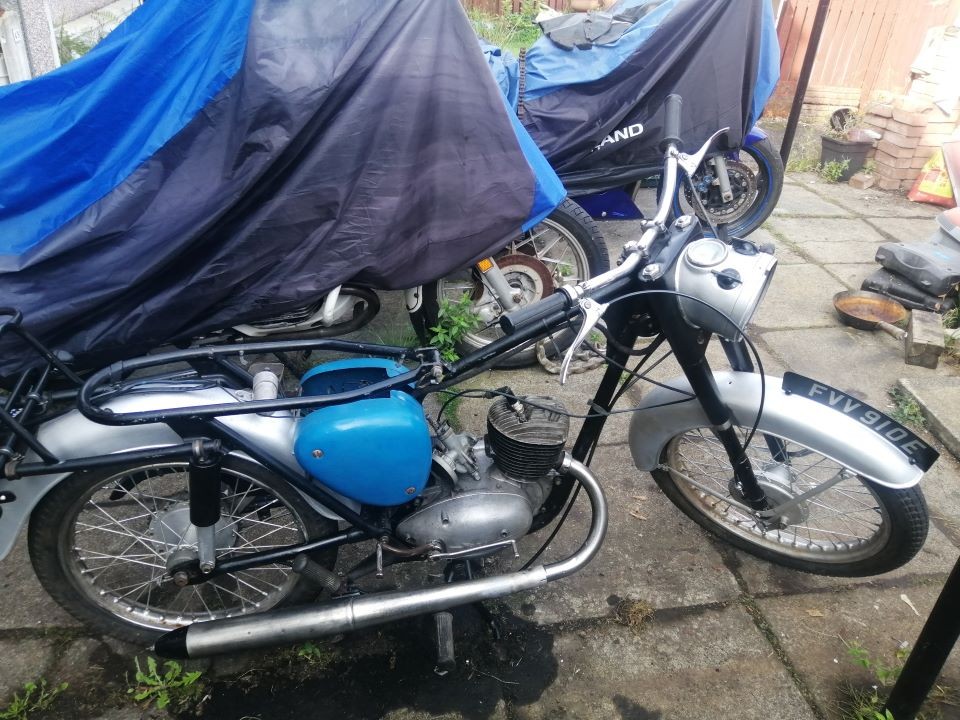 Added a luggage rack, LED indicators and a new horn. I'm making a new seat cover as the old one fell apart and the base was rusty. I've got a new set of tyres and, apart from an exhaust clamp. the bike is now complete, insured and ready to go once the build is finished. 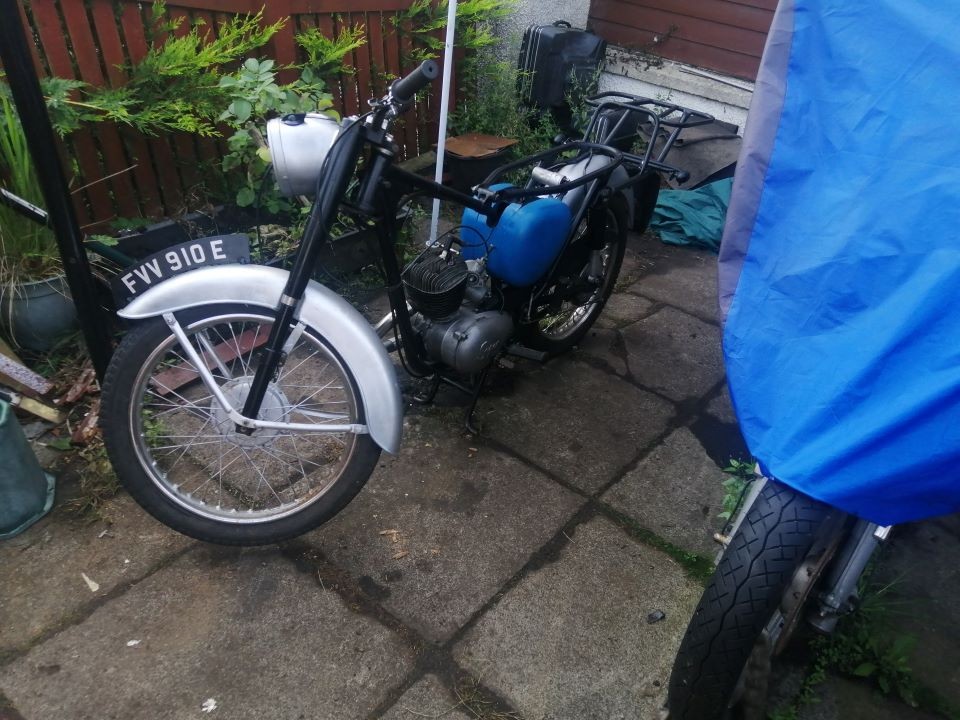 The bike lives outside, so it will not be long before the Scottish weather does it's thing and the paint will not look quite so fresh as it does in the pics.

In the meantime, just waiting for bits to arrive so I can get it finished.

Good effort so far Ian, looks like thats one more Bantam that we will see on the roads soon. Good pictures.