This is my first delve into classic bike restoration after having numerous Japanese bikes since my FS1E in 1979. I acquired a non-running 1966 D7 last August as a project bike and I've slowly been stripping and rebuilding it over the past few months. The first picture is the bike as bought from a local classic car / motorbike dealer, (Surrey). 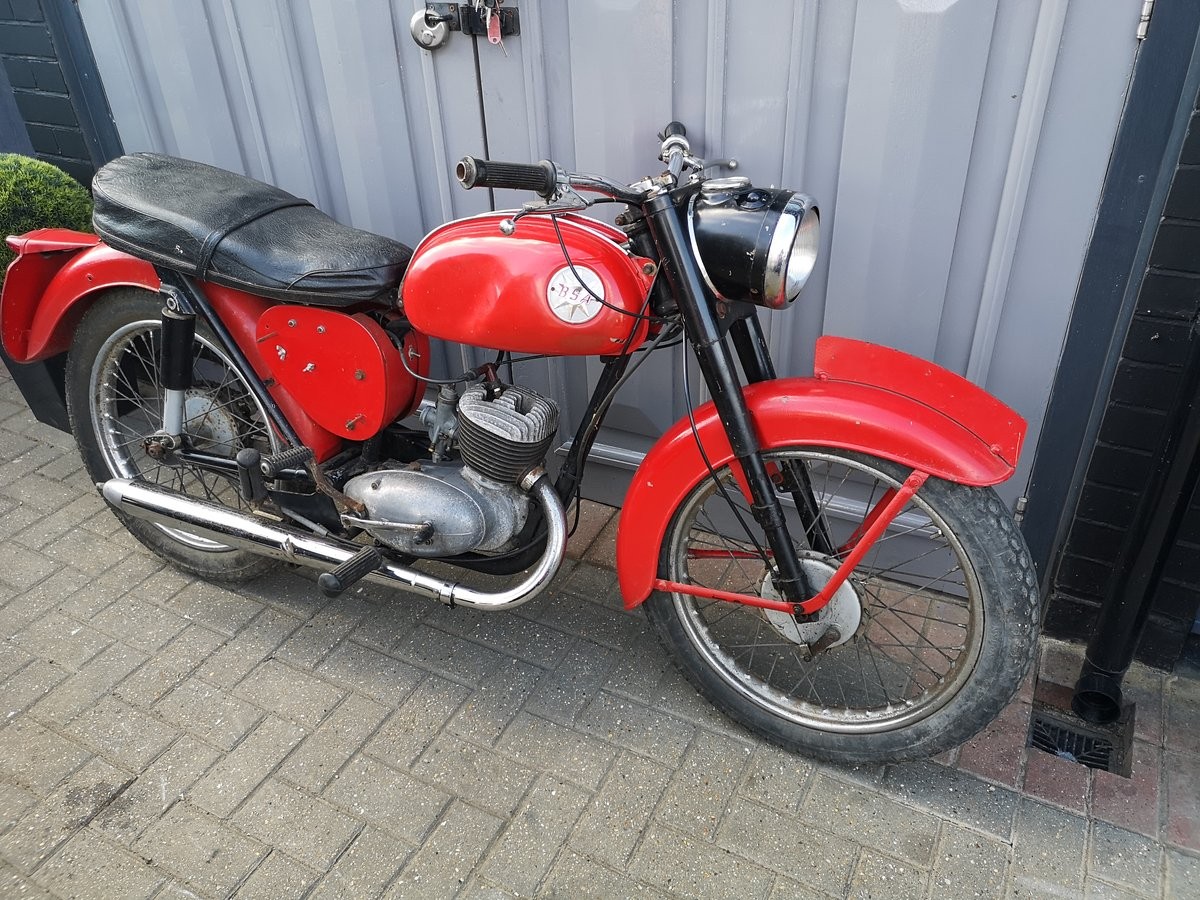 The bike didn't look too bad but, as I say, it was a non-runner with a seized engine and stuck kick start. It also had been converted to 12v but there was no battery either.

The bike was then stripped down and the parts carefully bagged and tagged. The frame, center stand, front pegs and yokes went for powder coating. This was after much deliberation and deciding to paint other parts such as the rear brake pedal, engine mount brackets, foot peg mounting brackets, fork cover, head light cowl etc. I did the painting myself and I'm fairly happy with the outcome. I don't expect them to be perfect but as long as I'm enjoying myself whilst I'm doing the resto and they look ok I'm happy.

Over the past 2 or 3 months I have been rebuilding the frame and suspension. Firstly I rebuilt the swing arm, keeping the original swing arm pivot bar but replacing the bushes. I then added 2 new rear shocks and bolted the rear sub-frame to the frame itself, (the old rear shocks were completely shot!). After replenishing the bank account and spending an age to source a full set of cup and cone bearings, the headstock and top and bottom yokes were put back together. The front suspension was also past its best and I found one spring was shorter than the other by about a half inch. It looked like the top half inch of the spring had snapped off and was then discarded with the old spring reinstalled into the fork shaft and sliding tube. The sliding tubes were in good condition so I've painted them and bought new fork shafts, springs, top nuts and drain studs. The restrictor rods and top scroll were also in good condition and were reused. This weekend I rebuilt the front forks as storm Ciara passed overhead. Here's a couple of pictures of the rebuilt frame 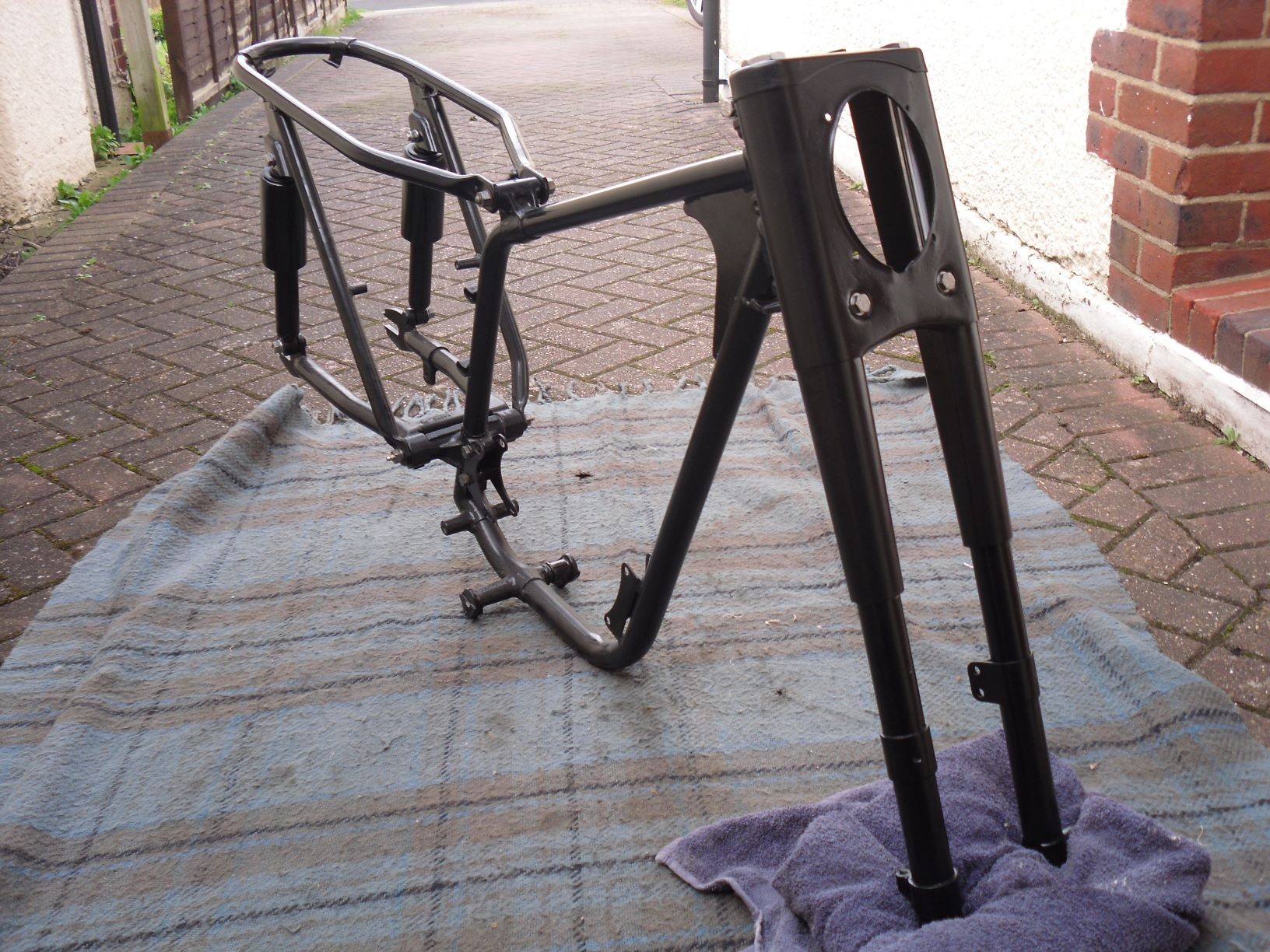 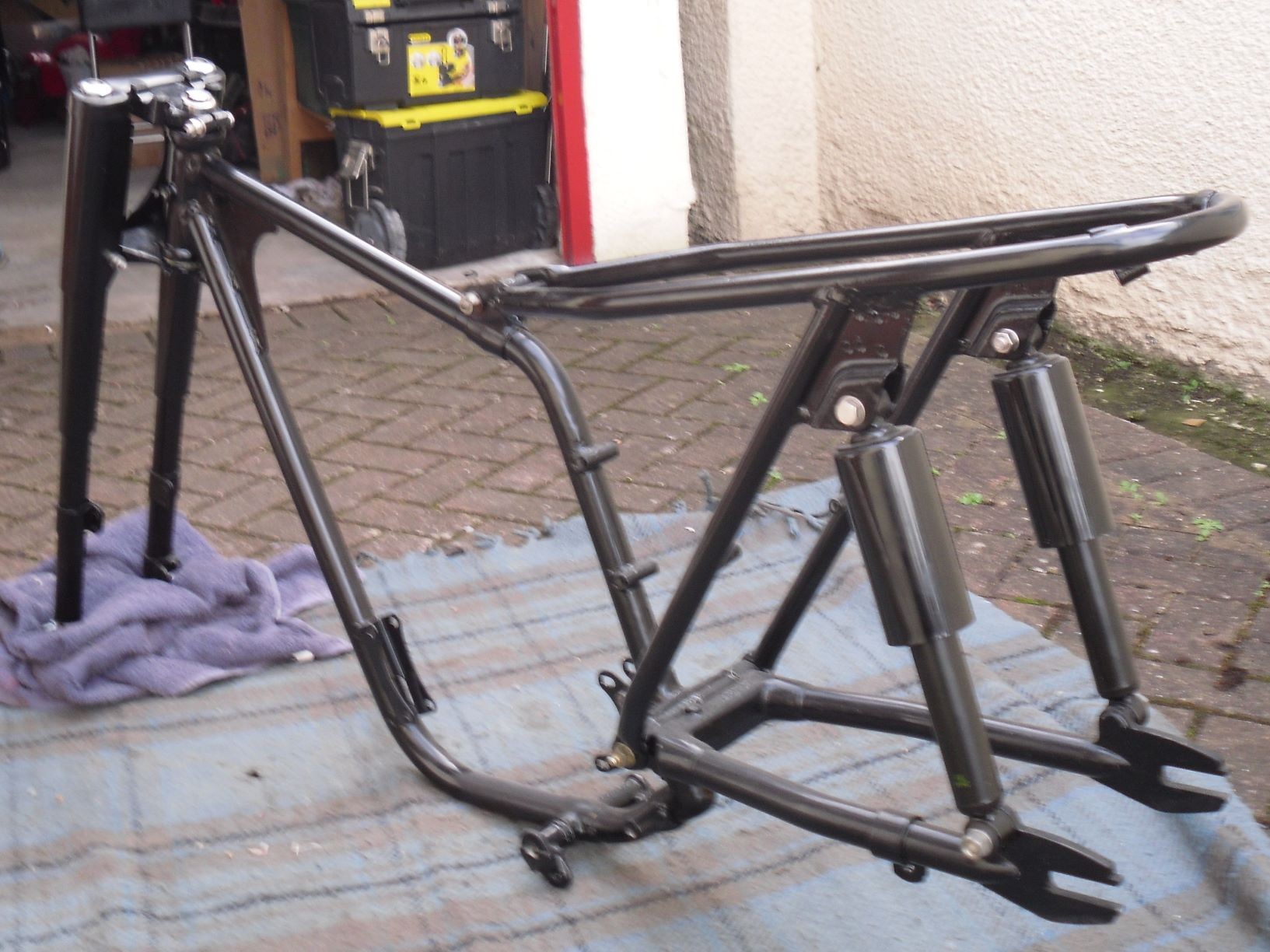 I was going to bolt the center stand on too however, when I went to get the old bolts I remembered they weren't in very good condition either, see below. 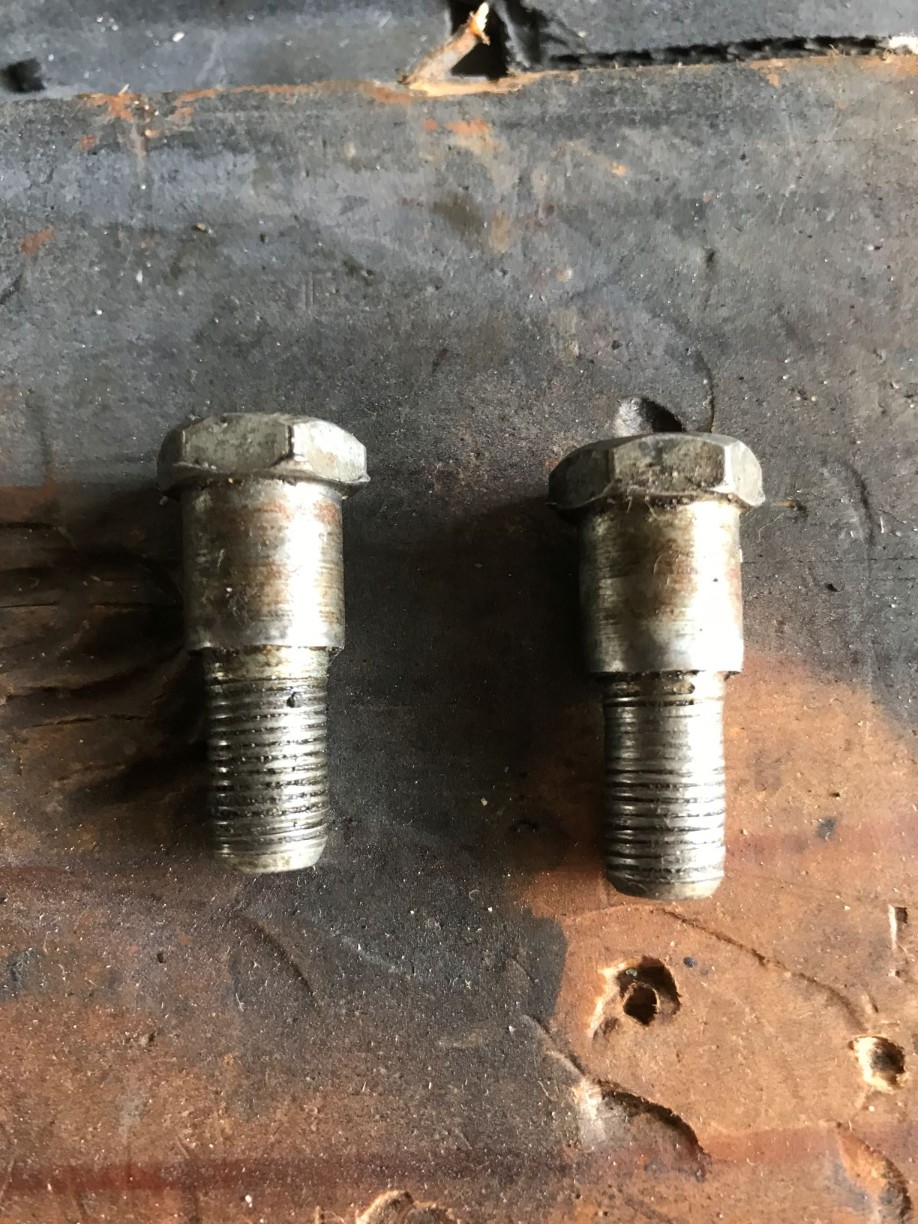 Next it's the wheels to get a rolling chassis and the consensus of opinion on this site seems to go down the powder coating route, so I'll be stripping down the wheels next.

My D7 arrived with wheels that had been blasted and painted in completely assembled state....minus the tyres. Rims must have had a bit too much surface rust for comfort?