Looking good, Hans - but I don't see any tinnies!

I don't know if anyone remembers the beginning of this post, when I started to build a 1953 plunger and had to use a different 1950 frame as my engine casing broke appart and could not be used.

This is why I build the 1950 Bantam I ride now, WELL, The 1953 frame has been painted black and is coming along nice, I painted the rims bright red instead of chrome, and it will run a 150cc engine I bought from Maddog Leary with a Bones CDI unit.

Here are some pic's of the 53, and I am also still finishing the 48 rigid resto, with just the engine to go. 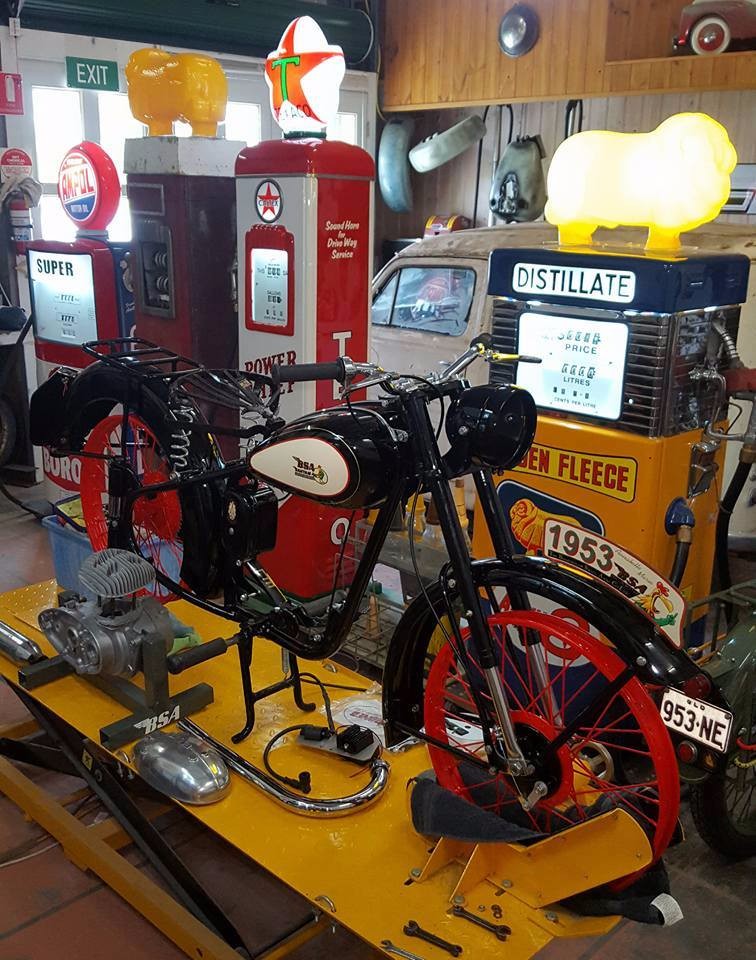 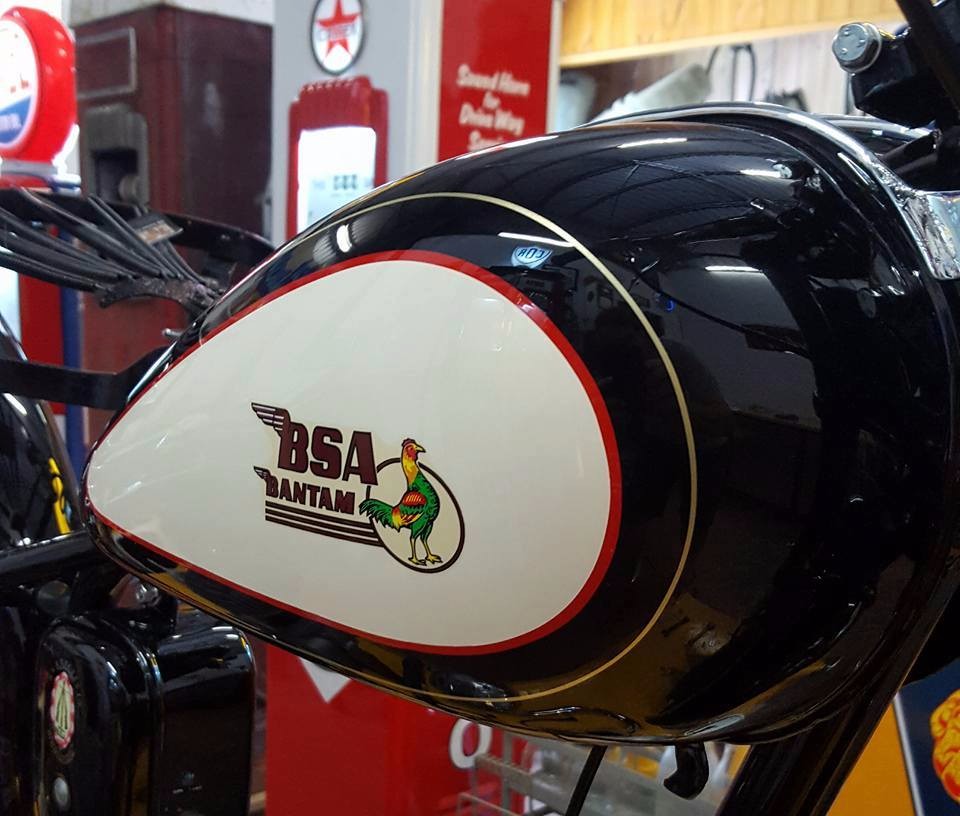 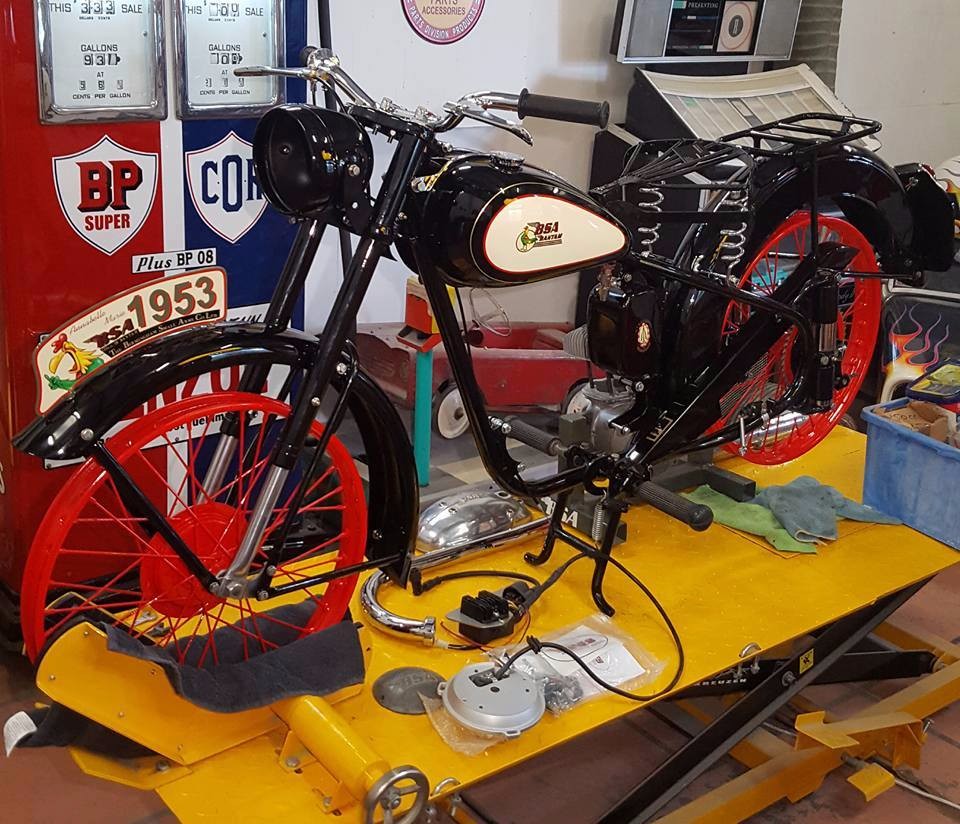 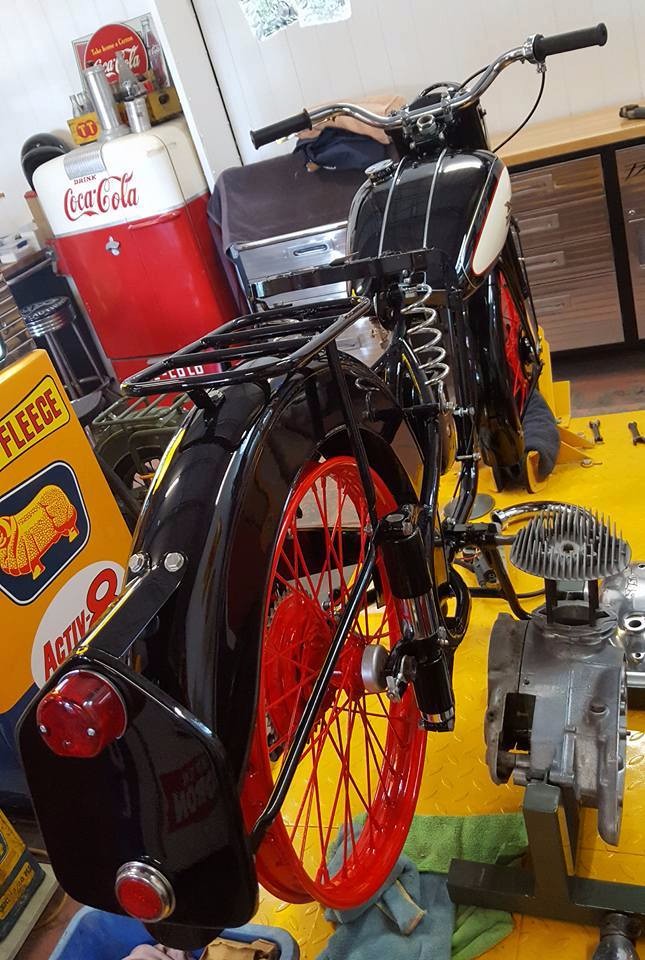 PS: No tinnies cocorico, I drink rum instead, ha ha

Engine from Maddog, is this why Maddog don't post any more, has he given up on his Bantam???

Have you decided on what to do with the Van ??

I bought the engine from Maddog a long time ago when I started my 50 plunger resto, I haven't heard from him for a long time???

I decided to restore the Austin A30 van back to original and paint it up like a old motorcycle shop delivery van  , with old motorcycle logo's etc on the side.

I have to finish the 2 bantams first, (48 rigid and this 53 black plunger)

My friend and I replaced the gear selector housing in the 48 engine today, it was all bend up, but now we can't select all the gears, we just have to sort out what the problem is. My bantam is still going strong with over 3 years on the road, I just finished a 200 klm rally with heaps of flat tankers and 3 Bantams.

Still looking great, and nice to see it being used. Did you finish the van, what happened to the red wheeled Bantam ?

I sold the A30 van to a friend in the bike club, it has gone to a good home as they are very busy with the restoration.

The red wheel bantam is still patiently sitting in my shed waiting for me to finish the engine, I have been to busy with work and other commitments.

It's all that working for a living that interferes with our hobby's, haha, Anyway, it's good to hear from you.

Work, the curse of the drinking classes.

Looking really good mate.  Is that frame powder coated, or did you spray it yourself?  Trying to decide which way to go with mine when I get around to doing it.

My frame is painted, but that's what I do for a living, If you paint your frame at least the colour will match the rest of the bike.