It's hard to say which battery terminal is earthed from the photo - the red wire does not look to be original so things may have changed over time. The rectifier, however, is an old Selenium one and as they deteriorate over a fairly short period of time it is well worth replacing it with a modern Silicon bridge, or even a Rectifier / Regulator, in which case you can decide whether to stick with + earth or change to - earth. You could even change to a 12V system, for which regulators and LED light bulbs are readily available. You could then keep the old rectifier in full view with the replacement hidden away somewhere unobtrusive.

It seems that the only way is to replace the selen recitfiier. Do you have a type which will fit on my D1 and where I can buy them?

You may decide it worthwhile to go for a rectifier / regulator, though. There is plenty of info on them across the forum.

I am happy to say: the D1 is now running

With great support from ** Please log in to view ** -friends I assembled a modern rectifier and decided to take the negative earth system.

Thank's to everybody for your help! Looks great, Aernoe. I don't know how you will fare on your nearest Alp, though... 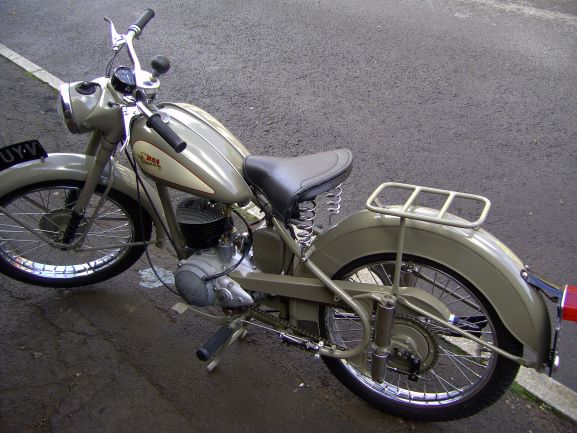 Is the additional luggage rack attached by the licence plate an original Bantam accessory ?

I do not know if the luggage rack is original - I think not. There is also a saddle to it. This is from Denfeld and certainly not original. I will also no longer use him. 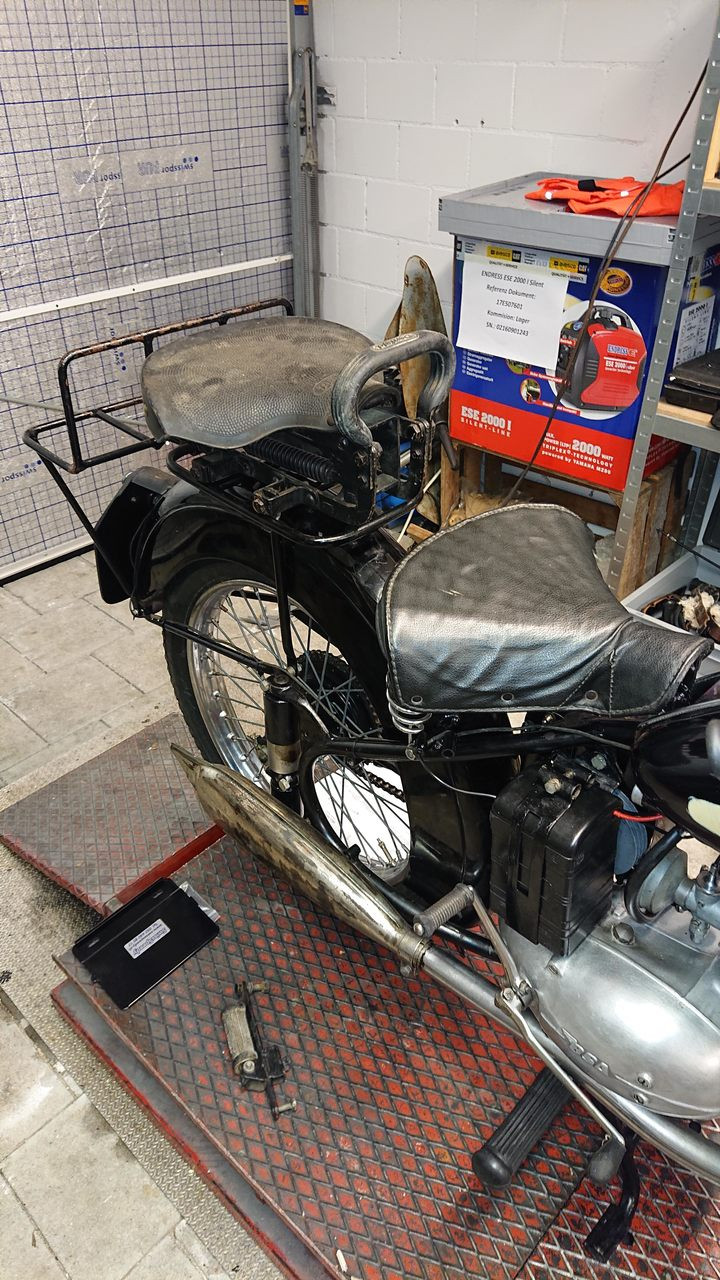 Wow, that seat is spectacular! How much engineering has gone into that!

Stoo63 said
Wow, that seat is spectacular! How much engineering has gone into that!

Looks like the one my mate had on his Ural outfit.

I was going o say, very Ural-like, altho I think the grab-handle is round on those

Whenever I see one like that I think of ejector seats.