Just started working on my 1961 d7 it as a wipac 55 geny marked 1704 it has 2 lighting coils and 1 charging coil and 1 ht coil,i have checked all the wiing diagrams and it all seems to be wired correctly.it is a single light  switch on the headlamp,to get a spark do you need to have the battery connected.i have owned a bantam before about 40 odd years ago i think the ht coil must be broken as the plug and points look okay i think someone as played about with it in the past

Hi Charlie.
I think that at some time in the past the coils have been swapped on your generator. Originally the 1704 generator would only have had the 3 coils on it. The ignition coil would have been fitted under the seat. That was the later D7 with 2 headlamp switches.
As you now have 4 coils on the stator you have magneto ignition and it would not require a battery to obtain a spark.
If the HT coil is an original (brown in colour) then there is a good possibility that it could be faulty. Normally the secondary winding goes open circuit. A good one reads about 5KΩ from the HT connection with respect to the earthed wire.

Hi Charlie.
The single switched D7 is a bit of a mystery to me to be honest. I am told that there are 2 different versions, although I have only ever encountered one and I think it is the most common. This is the battery lighting version all of the lights work from the battery and the generator coils are switched in as needed by the lighting switch.
The second version uses AC lighting for the headlamp, so it will only work when the engine is running. This version uses the outer bottom coils for the headlight and the centre bottom coil is used to charge the battery via the rectifier.
The version that you have will be dependent on the wiring loom fitted and how the generator is wired.
The best thing to do in the first instance is to have a good look at the generator. Is one end of all three coils connected together?
If the answer to that question is yes then the generator is for the battery lighting version.
I can draw a picture of how the coils should be wired if need be.
I have attached a wiring diagram of what I consider to be the most common D7 single switched wiring diagram. See how it compares with the loom that you have fitted. 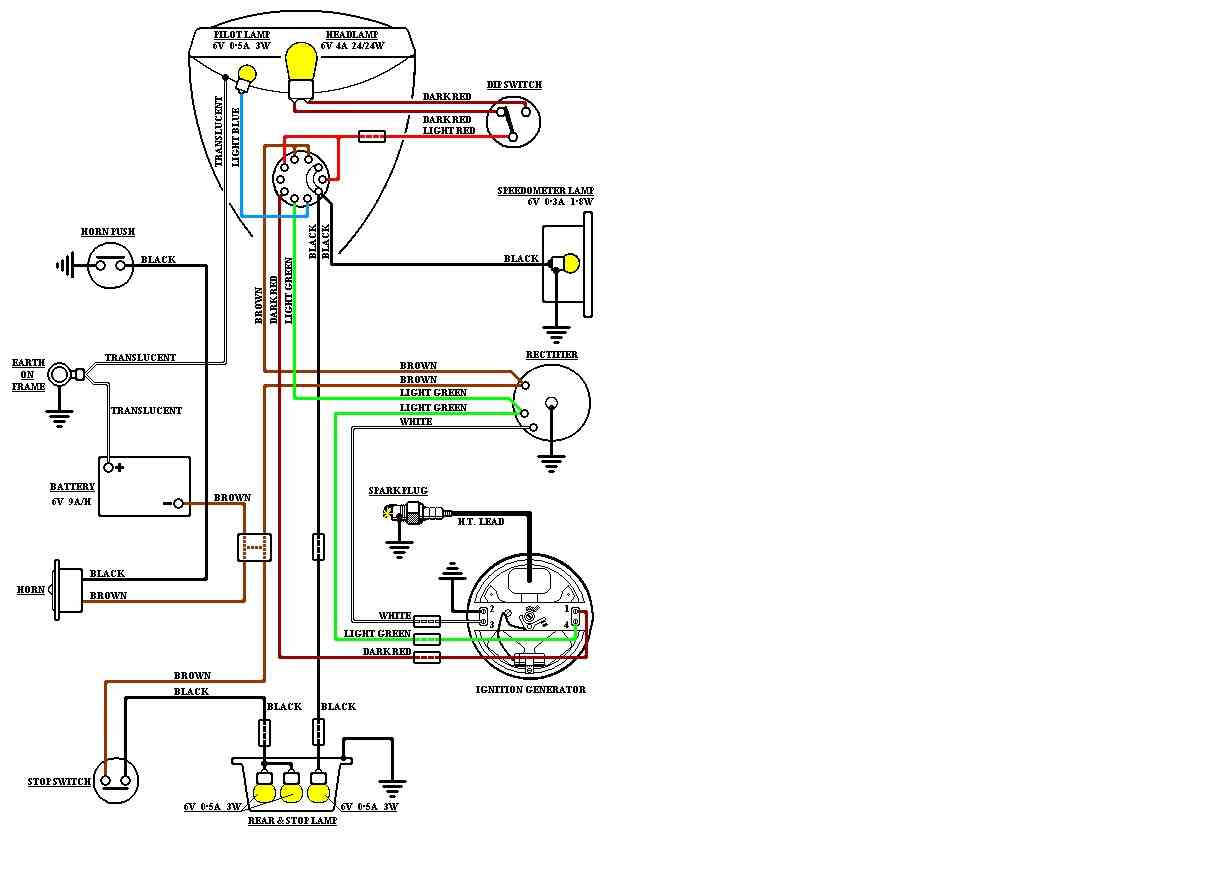 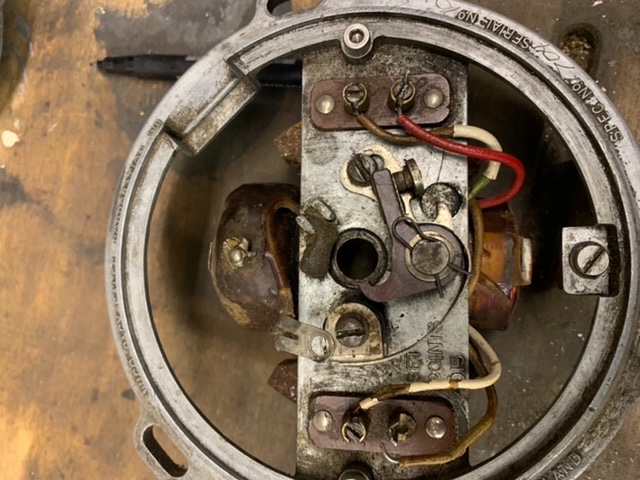 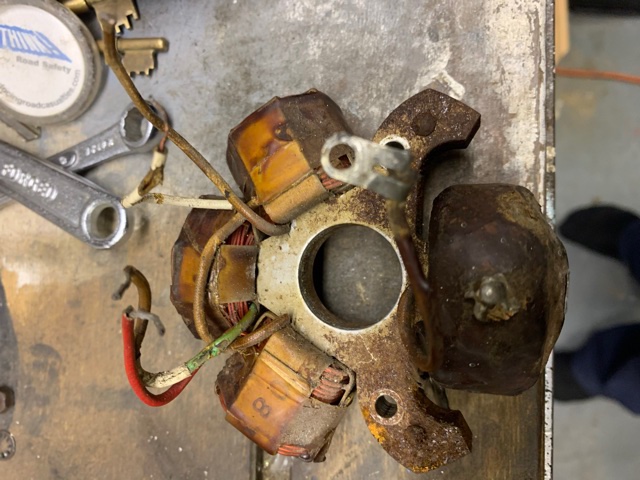 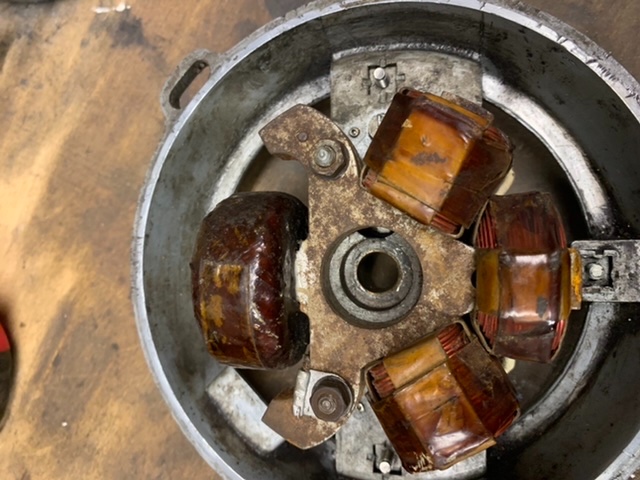 The original coil wiring was done in such a way as to minimise the requirements of a base-model machine needing what were, at the time, very expensive electrical components that would push the price of the bike up. To avoid having proper regulation and rectification, capable of dealing with the entire potential electrical loads on the bike, the factory instead followed a method of using a coil that would generate only enough power for its load - hence one pair of coils to provide lighting power, and another one that would trickle charge the battery through a very basic rectifier and no regulator at all. These days, with simple, cheap and very reliable full wave and fully regulating rectifier/regulator units, there’s no reason whatsoever not to simply wire all three coils together in series and use the generator’s full potential.

Hi Charlie.
Unfortunately this is where things start to get confusing. I have been looking at several diagrams from Wipac for the single switched D7.
All depends on how your stator is wired. I have attached a picture of a version of the  AC headlighting wiring diagram below. In the bottom right hand corner it shows coils 1 and 3 wired in series with the ends connected to pins 1 and 2 of the stator. The trickle charge coil (2) connects between pins 3 and 4 of the stator.
As you have a wiring loom that is a mess and an unknown stator it maybe worth considering the CDI option, just a thought. You may be determined to get to the bottom of what you have though.
Mike. 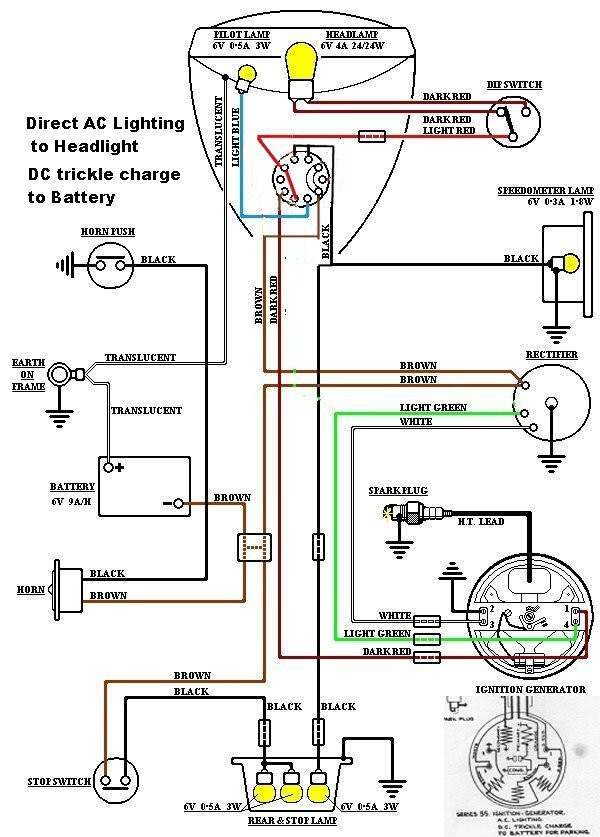