My recently rebuilt D7 engine was jumping out of third under duress and also it was difficult to change down from third to second without going through to neutral. My the gears are from a D1/3 so thinking it was a weak spring under the ball bearing on the selector plate I stripped the engine. While waiting for a new spring I decided to take everything apart and was surprised to find the amount of wear on the shaft the selector plate rotates on, may be enough to account for the reduced spring pressure. It’s an area worth looking at when rebuilding a gearbox. Whilst looking at my collection of selector plates some have deeper recesses for second gear than others, I’m guessing this was introduced in an attempt to stop the D7 second gear jumping. 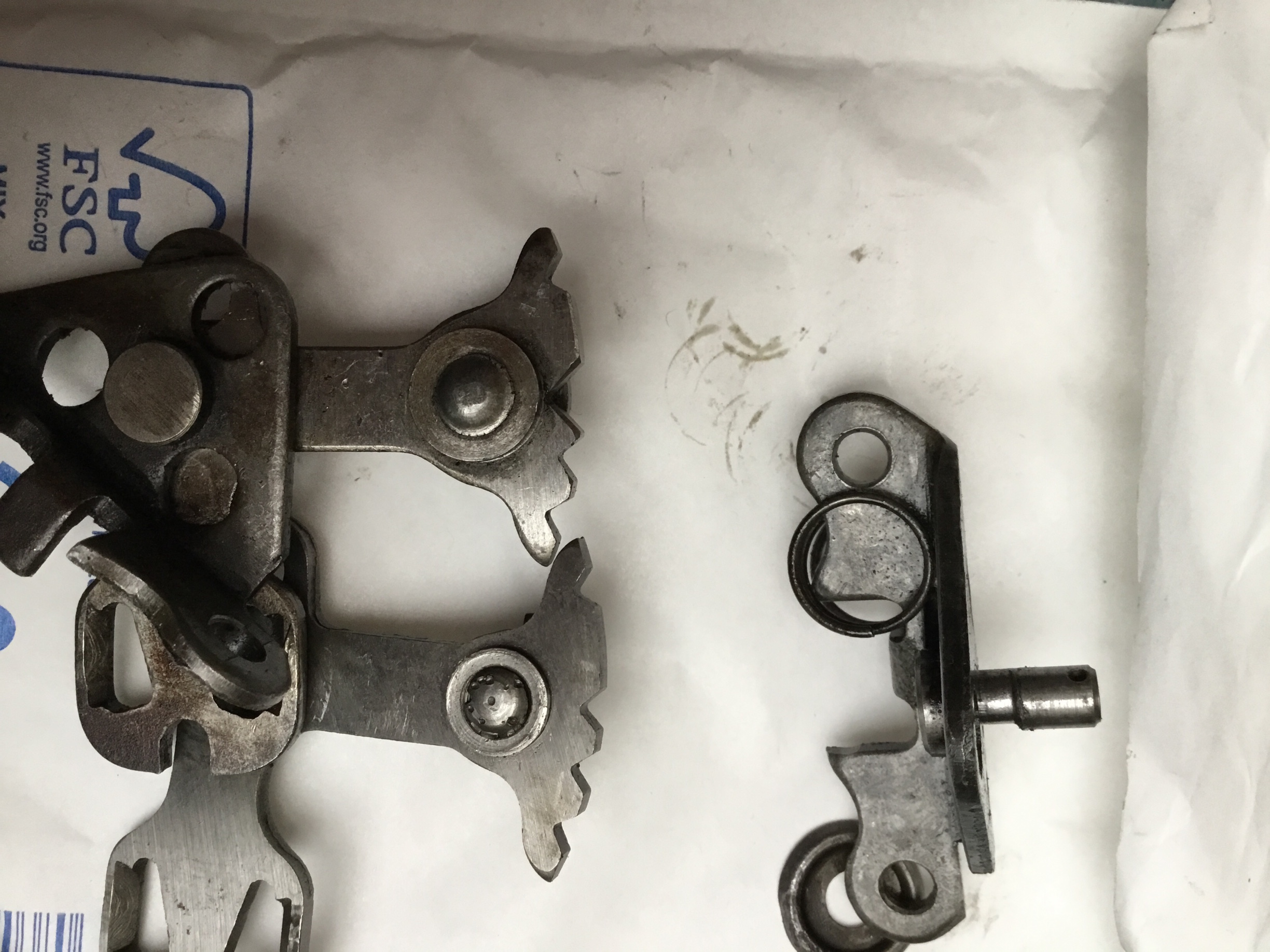 Yes, we recently discussed this very problem, with lots of input from Sponge on the effects of wear in that component and how to ameliorate it. It's also described in FAQs, ** Please log in to view **, specifically post 5.

I had a suspicion this wasn’t original thinking but as I had it in bits thought I’d mention it.

To be pedantic, it’s a constant mesh gearbox.

Anyway, yes, that bit’s knackered. It will certainly have contributed to your selection problems.

I think that it’s a sub-assembly that is often either left in place, or removed and refitted complete, and seldom actually gets investigated at rebuild time.

Bantams are so often owned by the inexperienced that now, sixty to seventy-odd years after they were built, it’s more uncommon to open one up and find it ok than it is to unearth utter bodgery.

Yes, that 'pin' is well worn. Exactly as I have described. The selector plate jumps up on the ball and the bike jumps out of gear.

If you replace the worn pin and firm up the spring with a shim it ought to resolve, it certainly worked on 2 of my bikes. To be sure I would also give everything a good clean up and a thorough inspection under strong lighting.

Well done for diagnosing the problem.