Hi all, I dragged a couple of sets of crankcases out from under a bench to start prepping them for rebuild. Old cases. Early 50's. One has homemade ally stuffer plates. Maybe been a racing engine? Anyway....they both seem to have had gear indicators fitted which are long gone and now there's an ugly big hole where they went. Later models have no indicator and this hole is blanked off. Normally people want to reinstall the gear indicator, but just now I'm quite happy to blank it off. But... there doesn't appear to be a parts listing for such. An earlier post suggested using a bolt and washers but I'd like to think there was a more elegant solution.... maybe. Has anyone had any experience with this before? Pic attached below from previous post 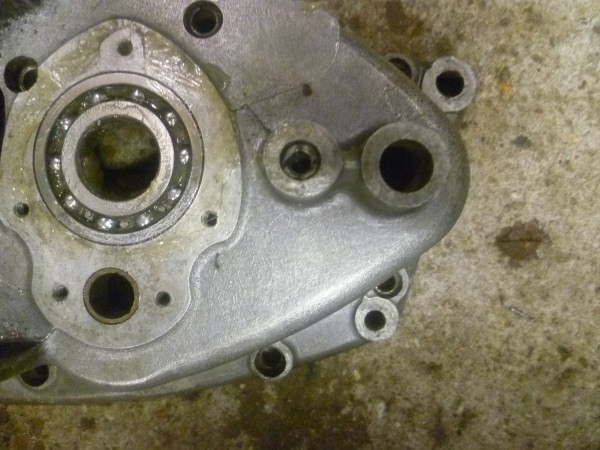 I have an old 125 engine with the gear indicator, plus a D3 without. As far as I recall the D3 'hole' is blocked by an interference fit insert. If you don't intend to replace the indicator and have access to a lathe an insert could be made easily enough. Or you could tap out the 'hole' and use a suitable grub screw with a drop of locktite to fix it. Less elegant, but as effective, would be your nut and bolt option.

Thanks, Bob. Unfortunately I've got no lathe, so it'll have to be the nut and bolt, it seems. Unless someone has a useless old casing and would remove the plug?

You have prompted me to dig out the D1 engine I took apart years ago to have a look (wet and windy today). Not only has that encouraged me to  start a rebuild, but also turned up a 'pukka' indicator shaft: 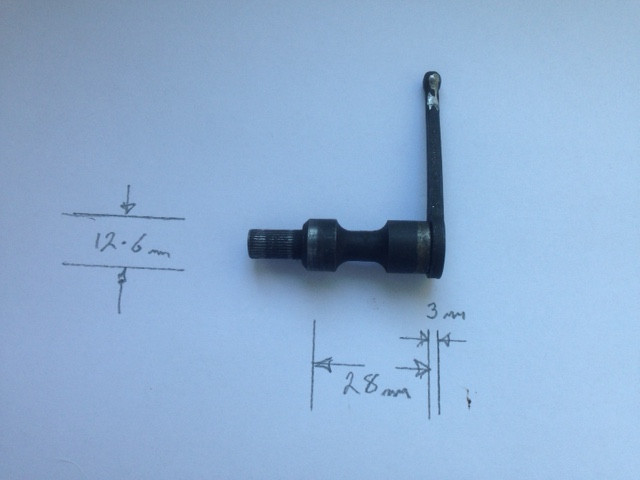 It is a pretty slack fit in the casting, any sealing made by grease in the central void I guess, and is held in position by the gearchange shaft. If you use a ½" bolt with the head ground down to 3mm that would probably do the trick quite neatly. For completeness, the outer head diameter would be about 15mm.

Thanks for that, Bob. Isn't it predictable, as soon as you dig something out, all you can see is potential. Have fun with it! Extraordinary to think you're still using John Wilkins metric thingamybob over there. We gave that up in the 17th century! Never catch on

I have just plugged that hole in the D1 engine I am rebuilding. I have a round steel bar which is a reasonably tight fit but, just to be sure, I have cut it short, leaving 1/8" at each end to put a dab of Araldite adhesive in. Or if you want it to look pretty, place the outside end flush with the casing and then just glue the inside end. If you don't have any success locally, PM me your address and I will send you a couple of plugs.

If you decide to use a 1/2" bolt then, as Cocorico correctly says, there is not much room inside the gearbox due to the closeness of the gear lever shaft and you will have to grind the bolt head down to around 1/8th", preferably with a fibre washer or sealant. There is enough clearance on the outside for a nut.

Wildun, you're an absolute gent. ! I'll pm you.

If you can measure the hole accurately with a digital caliper you may find a core plug that will fit,
these are also called freeze plugs and Welch plugs and are cupped or dished
I may even have one that will fit if you let me know what size you need
** Please log in to view **

Further to this topic,

Today I also dug out a set of cases that I have had since 1976 and, I believe also untouched for some time before that. They have a blanking plug fitted which protrudes from the inside of the case by 3mm, the same dimension as the indicator internal part in Cocorico's drawing. I believe that this 3mm helps to control excessive end float of the gear change shaft, particularly during assembly, thus preventing accidental disengagement of the return spring.

I found this out the hard way today, resulting in having to split apart my newly assembled cases to reinstate the spring tags engaging on their stop. So, before closing the cases again, I reset the blanking plug to protrude by the 3mm. Once the cases were closed, I checked the end float on the shaft, around 1.5mm, enough to prevent disengagement of the spring but also enough to prevent binding of the shaft. Also, I fitted the kick start shaft with spring as soon as possible and, temporarily, the gear lever which would also prevent excessive end float during reassembly, and then in normal use.

Does this all make sense, or am I thinking too deep? It is a long time since I built my other D1 engine, I don't remember any similar problems with it.

I am nowadays a bit wary of advising other owners, what works for me does not always work for others.

Excellent tip for us all, Wildun, thanks. I'll follow your method. I haven't had to bung the hole before, so just took it for granted. You live and learn... Will keep this updated. 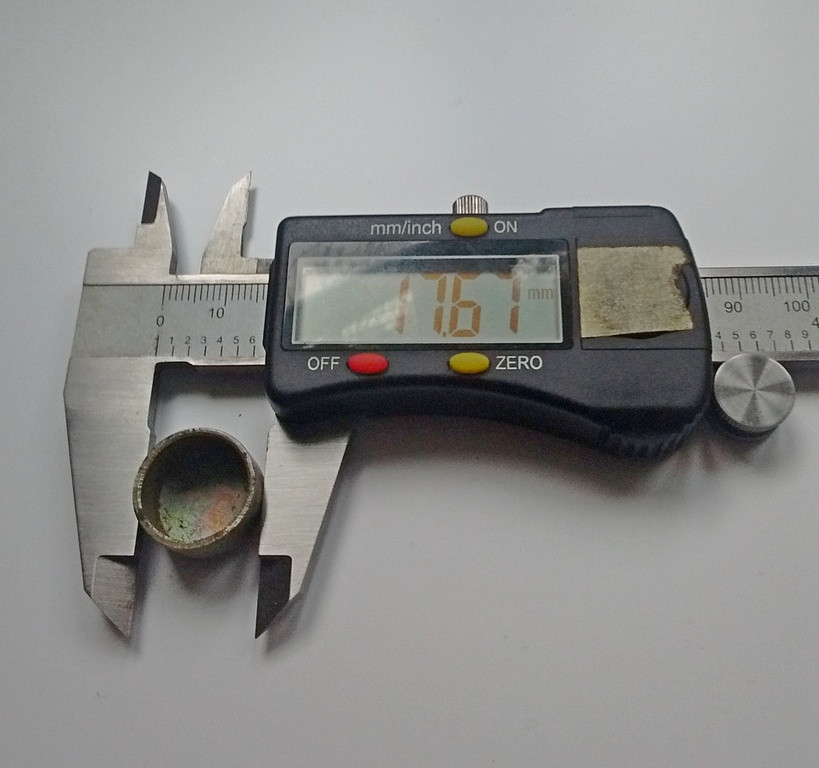 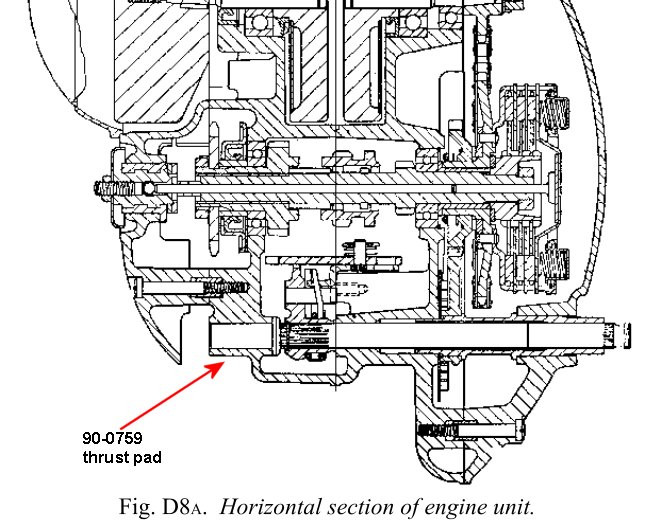 wildun said
... They have a blanking plug fitted which protrudes from the inside of the case by 3mm, the same dimension as the indicator internal part in Cocorico's drawing. I believe that this 3mm helps to control excessive end float of the gear change shaft, particularly during assembly, thus preventing accidental disengagement of the return spring....

As I said, if using a bolt to fill the void, the head needs to be thinned to 3mm.

I have received 2 plugs from Wildun. One will protrude 3mm into the gearbox as per above. The other I will have to cut and leave 1-2mm on the outer casing side for my welch plug. Hopefully then be all oiltight and smartly finished. Will post pics when I'm doing it. Great work, everybody!

As I said, if using a bolt to fill the void, the head needs to be thinned to 3mm.

If you used a coach bolt, you would have a mushroom on the outside instead of a bolt head, then trim to length. Just a thought 🙂

mike p5xbx said
...I didn’t expect it to be inline with the gear selector shaft

That's right, it's more complicated than you might think when you look at it in-situ, with the operating lever of the indicator located in the slot in the gear change mechanism. Quite neat really (if unecessary!).

NeilB said
If you used a coach bolt, you would have a mushroom on the outside instead of a bolt head, then trim to length. Just a thought 🙂

You would still need to attach the bolt with a 3mm thick nut though, unless you tapped the empty hole. Then you could adjust the contact point perfectly. It does start to look an over engineered way to go though (to me).