I recently got hold of a Colomet, which is a D1 that was assembled on the Island of Majorca (after the bits were imported from Birmingham), a few hundred of these bikes were made (mine is No. 279). The pic below shows a restored example.

My bike needs a full resto', some Spanish teenagers painted it like a Bultaco and clearly rode the wheels off it. It was exported early 80's and since then sat unloved in a collector's shed 'waiting for restauration', until I got hold of it. 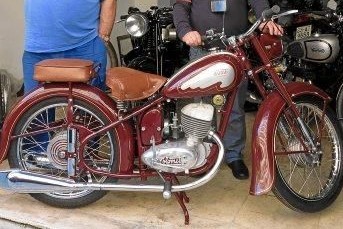 The Colomets were made in the first few years of the 50s, and the last ones (like mine) known as the M54 (modelo 1954) had 'enhancements'. The wheel hubs are full width, the top yolk has a round hole for the speedo (like a late UK post-office bikes, only with a bigger hole), the barrel is alloy with liner and has a double exhaust port (actually it is just one big port) that leads into two exhausts, and the head has a centre plug, see below. 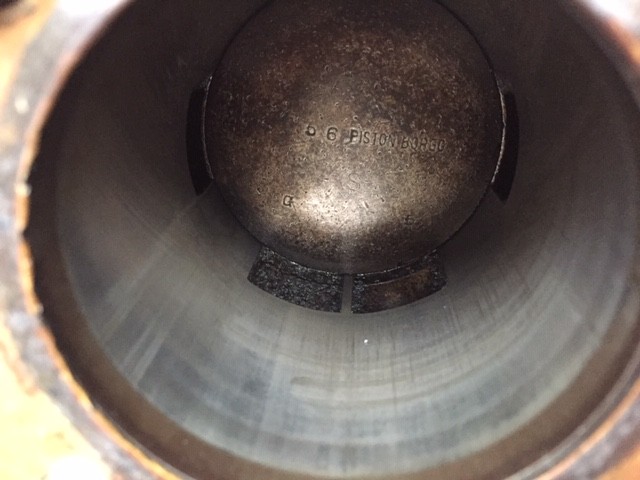 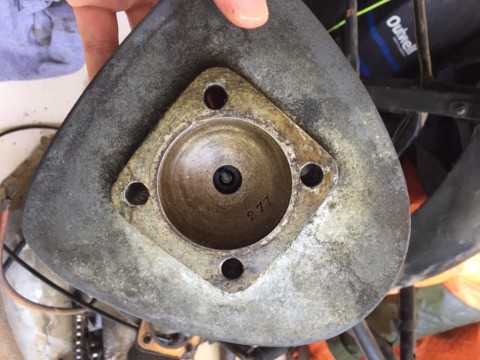 A strange thing is that the original log book (from the 'administrativo' of Palma de Mallorca) says the bore and stroke is 52 X 58 (123 cc), but the bore diameter as measured is 56 mm and this is stamped on the old Borgo piston (which makes it 143 cc) the piston is also stamped with an 'S' presumably for 'standard'. The engine doesn't look like it has been apart before, it is clearly worn out. Either Senor Colomet was secretly bumping up the capacity at his workshop (another 'enhancement') or in the distant past it was bored out 4 mm, which seems a lot.

Can anyone recommend what piston to use (I think it will need a 40 thou re-bore) ? Is there a Bantam variant with a 56 mm piston ?

Also, the bike is complete apart from the speedo, which seems to be an unusual unit. I was thinking about using a Smiths SSM 2001 but at 60 mm (perhaps 65 with the bezel) would be too small for the hole which is 80 mm (I'd have to make the hole smaller). Below is a picture of what I think is an original speedo, and my bike. I was wondering if there were any suggestions for the best speedo to use (I need a KPH speedo) ?

Thanks a lot for any suggestions ! 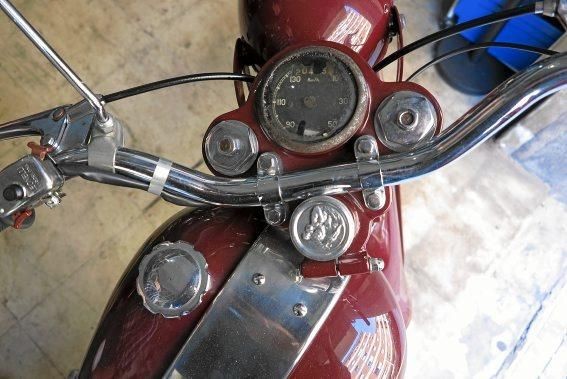 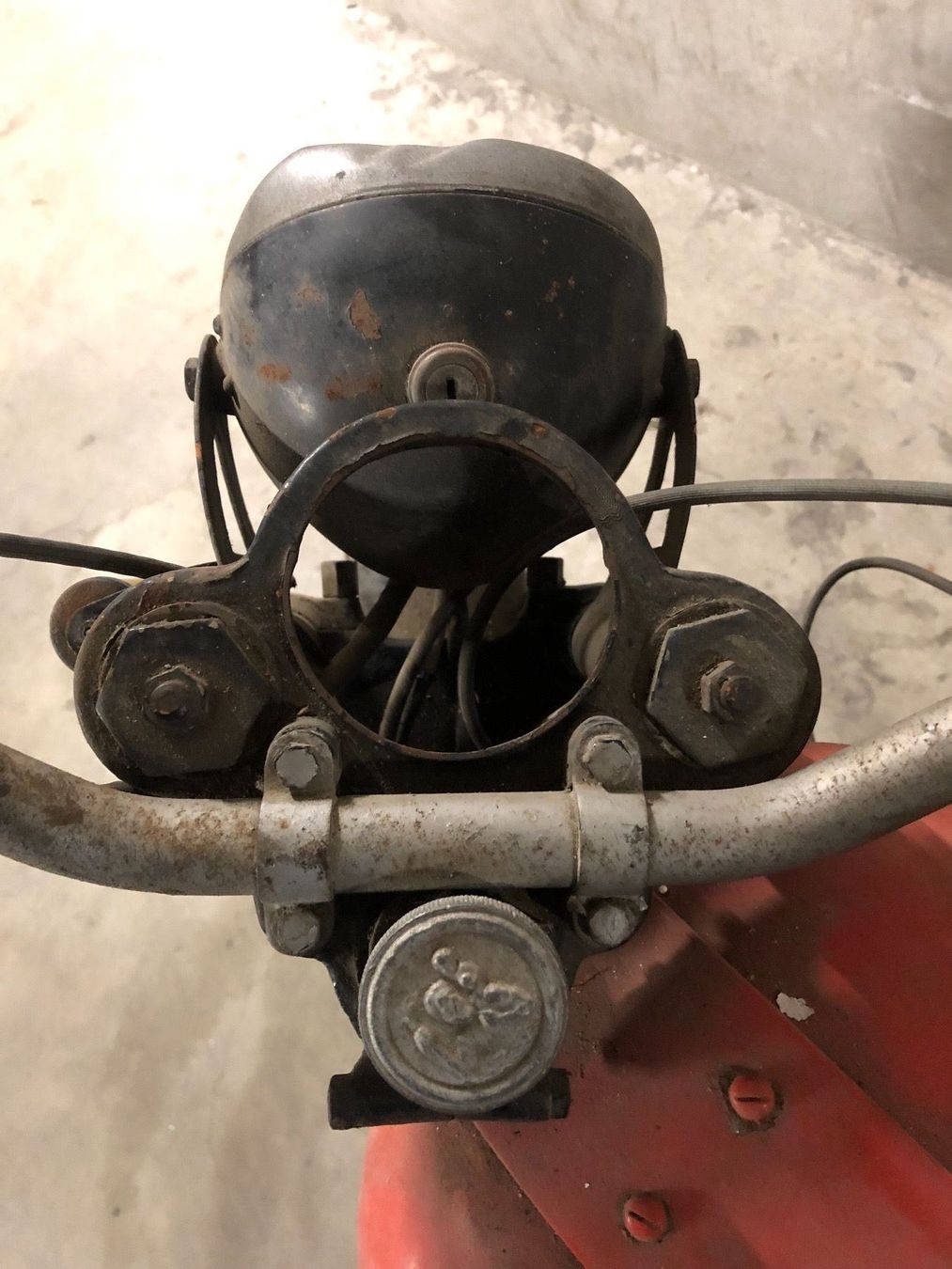 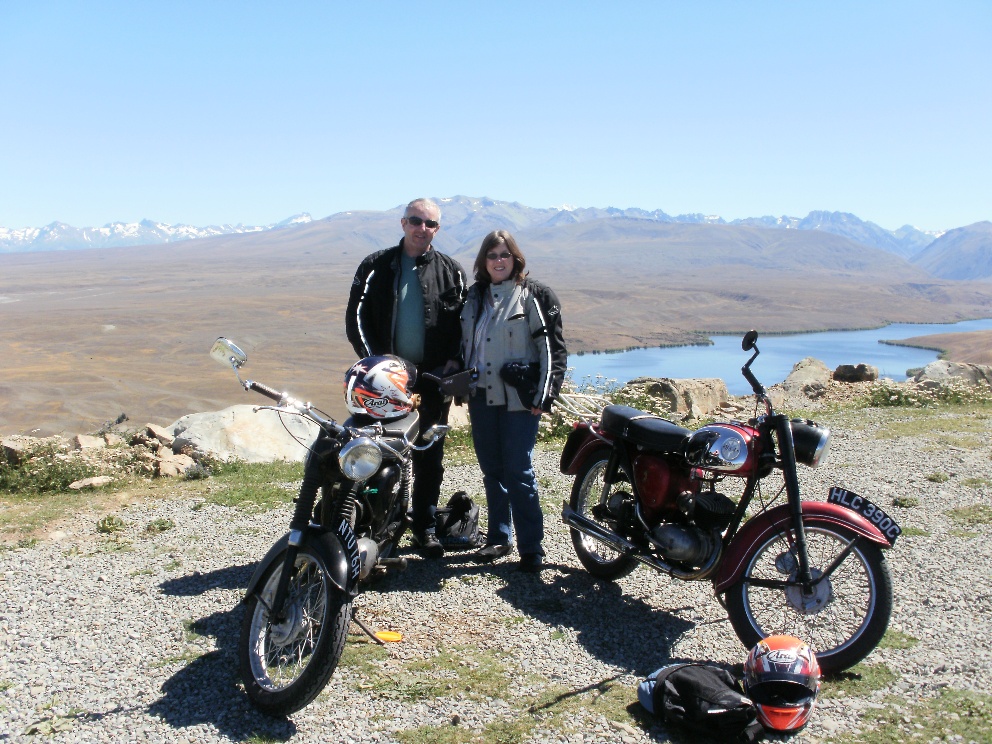 Never heard of the Colomet before, looks like an interesting project.

What a fab bike, I love the plungers and that one is stunning!