Single switch for ignition AND lights?

In the mood of waste not want not I’ve got a single switch wipac headlight unit (very like the Bushman Pastoral one) which I think will fit better on my mongrel than the one currently fitted.  The electrics on the bike are anything but standard, they are 6v but using the full output of the generator through a reg/rec to charge a battery and the thence to a remote coil ignition. I currently have two switches fitted but the ‘new’ headlight has only one. I don’t want to drill the headlight to fit a larger switch so I’m left using the original Wipac light switch.

My question is ... is there any reason not to use the standard wipac switch as a simple three position switch to control both ignition and lights?  So the switch would be off in its far left position (L or E) ignition would be using contacts 1&2 so that it is off at far left and on at both other positions.  Lights would be controlled using contacts 4&5 so off at far left and middle position, on at far right (H or I).  Horn and brake light would be permanently live, direct from battery.

So would/should it work?

I made my brain hurt looking at the schematics for the Wipac switch and came to the conclusion that I should have a go.  So the connections go like this ....

terminal 2 to the coil.

terminal 9 to the front pilot light.

terminal 7 to the handlebar light switch (for dipped and main beam) and to the rear light.

I should say again that the rest of the wiring is far from standard, it is very much simpler with full generator output at all times with voltage regulated by a regulator/rectifier fitted. All protected by a fuse in the battery live (-ve in my case as I’ve retained +ve earth). All still 6v.

It all seems to work off the bike, now just got to get the new headlight fitted and connected up to test it out in place. The net effect is a further simplification of the wiring, a neater headlamp shell, one less switch to fail and the switch knob points straight ahead for normal daylight running (rather than being askew). 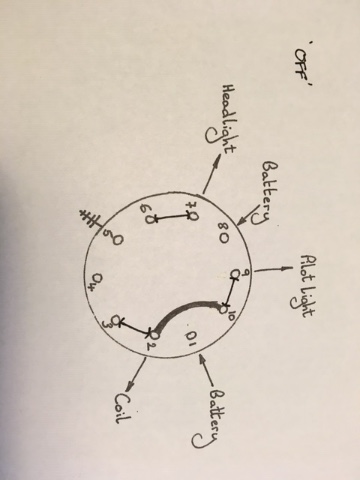 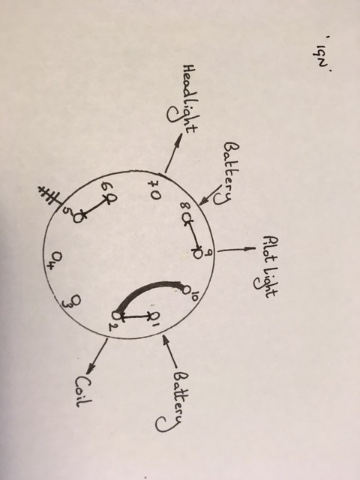 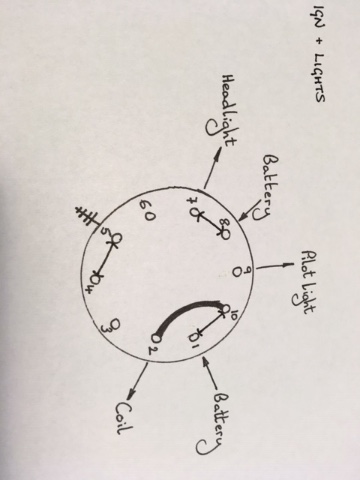 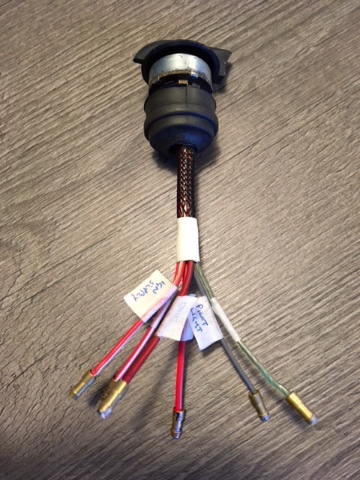