Thought I'd pass on this as it may be of interest or use to someone, apology if it has been done before.

I'd always wanted to put an inline fuel filter on the D1 but the small gap between tank and carb meant almost zero options without excess pipework to accommodate even the smallest filter. I've managed without so far but after a failed ride out, leading to a stripped down carb full of an embarrassing amount of smeg & crud I knew a filter was in order ( there is a strainer still on the tank side if the tap but obviously very ineffective ).

My first attempt was a right angle plastic filter which I warmed up the outlet and formed to make a reasonable fit but to be honest being new plastic just didn't look right on such an old lady. So after searching other options I thought I liked the old option like the wipac  sintered solution. Unfortunately such items new seem like hens teeth and in their native form are still really too big, so I thought I'd see if I could make one. 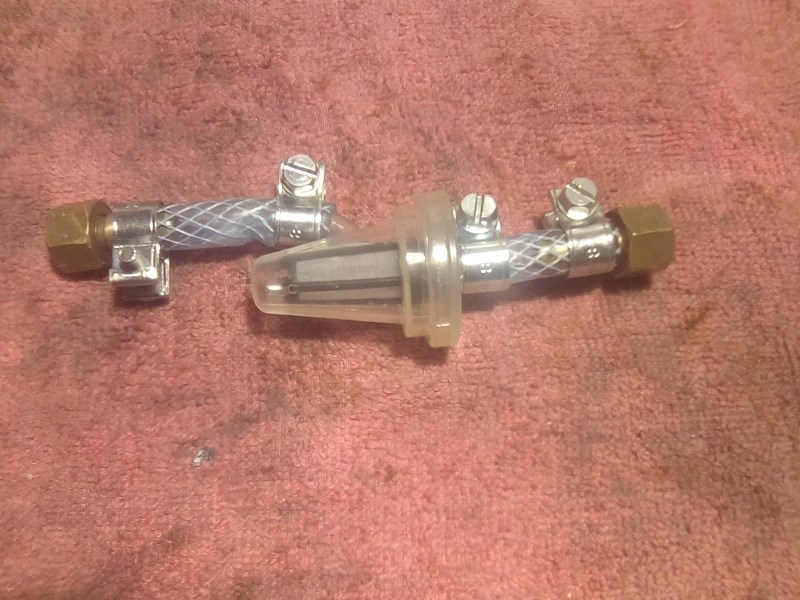 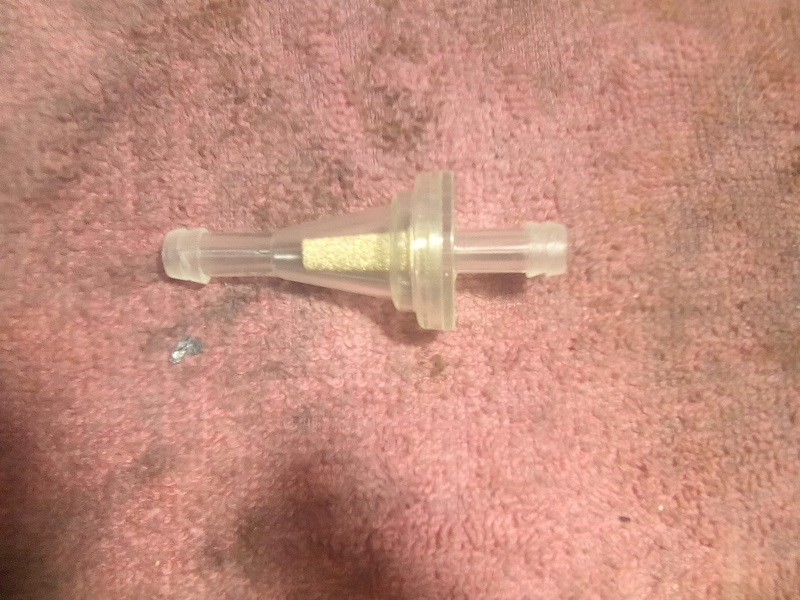 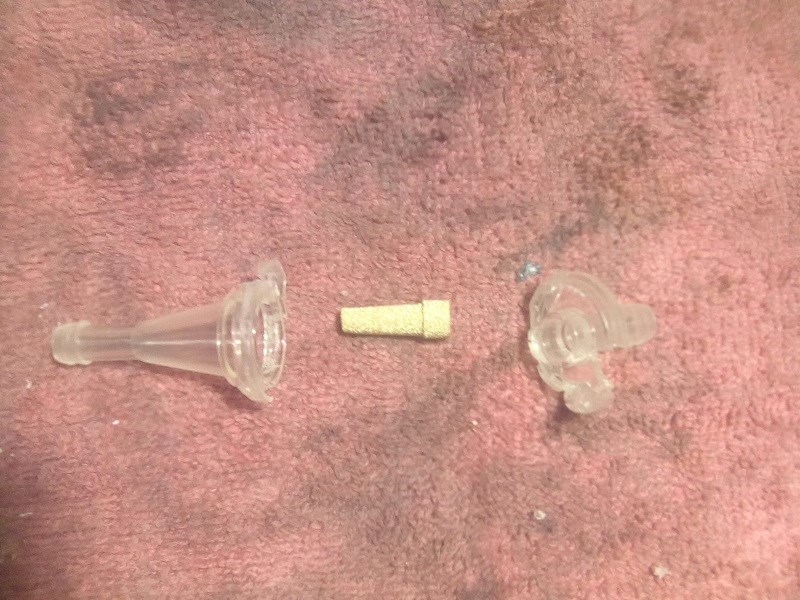 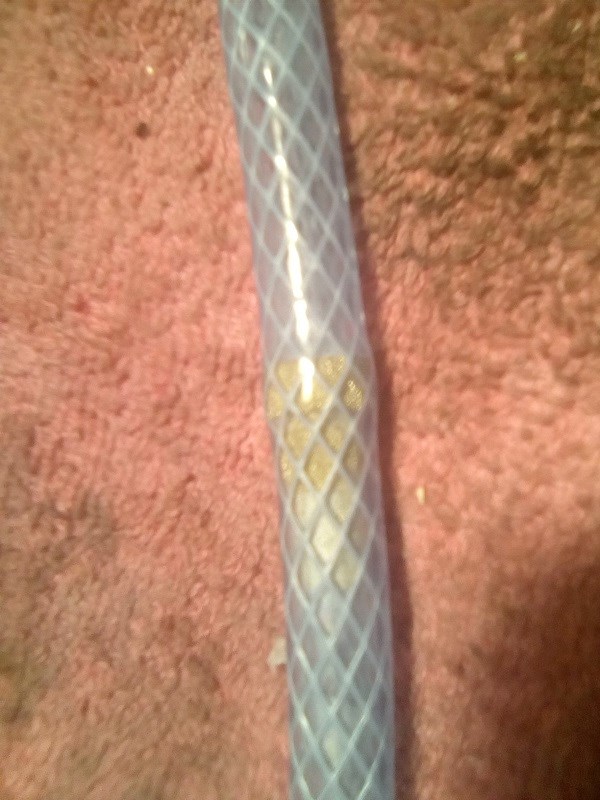 First I bought 5 cheap inline plastic filters with the sintered elements off the bay.

Next was the butchering of the plastic case to obtain the element.

And finally warm up the pipe to allow the element to be eased down an inch. Hey presto diy  wipac type inline fuel filter in keeping with the the old girls looks more than a modern plastic fitting.

Very nice idea, but are you sure its working?

I mean, the fuel is flowing normally? If i am not mistaken, in those filters, the filtered fuel comes out from the side, which is maybe partly blocked from the rubber hose that is holding it...
Unless the little thicker part of the filter is making the trick..

HI yes that was a concern however the taper on the filter doesn't really touch the pipe (6mm id) and is only actually in contact on the shouldered portion (if it is touching the taper its only on a millimetre or so. I would say it's a snug fit on the shoulder not a tight fit to get it down the pipe I have. Certainly time will tell but I think I'm more likely to get reduced flow when it gets clogged from debris out of the tank than pipe restriction. Either way if it saves the carb from the crud I had to remove last week I'll be happy.

Very neat , be simple enough to test, turn the tap on and if it flows as normal, jobs a good 'un.

Aspera two stroke engines fitted to flymo mowers had this arrangement in the 70's and 80's.

The smaller end of the sintered brass or bronze filter element always faced the incoming fuel, otherwise it would fill up with crud and block, unseen.

An ordinary stainless steel compression spring was also used at the same time, nothing to do with the filter, I think, it simply eased the rather sharp bend in the tubing and maybe strengthened it a bit and prevented cracking and breakages of plastic tubing, is the only reason I can think of for it.

Is that pipe approved for use with petrol?

Certainly agree a flow test comparison would be a sound idea, so I tested the flow and compared with the original and while the flow was OK and would have worked, it was almost but not quite as good as the original. I suppose that to a degree would have been expected. Obviously any contamination would reduce flow and could cause a premature restriction (but at least not in the carb and that's the idea). I think the main down fall however could be the type and more importantly the softness of the pipe. Mine’s quite firm (and yes fuel appropriate) but a soft pipe where there is a change of direction could restrict inadvertently. So undeterred a mk2 is now flowing free and easy. The modification was simply a piece of thin wall tube to keep the outer fuel tube spread around the area of the element taper. Its a bit fiddly to insert down the tube but not a show stopper. The element shoulder is still held firmly by the fuel tube wall. I’ll give it a run out at the weekend and see how it goes. 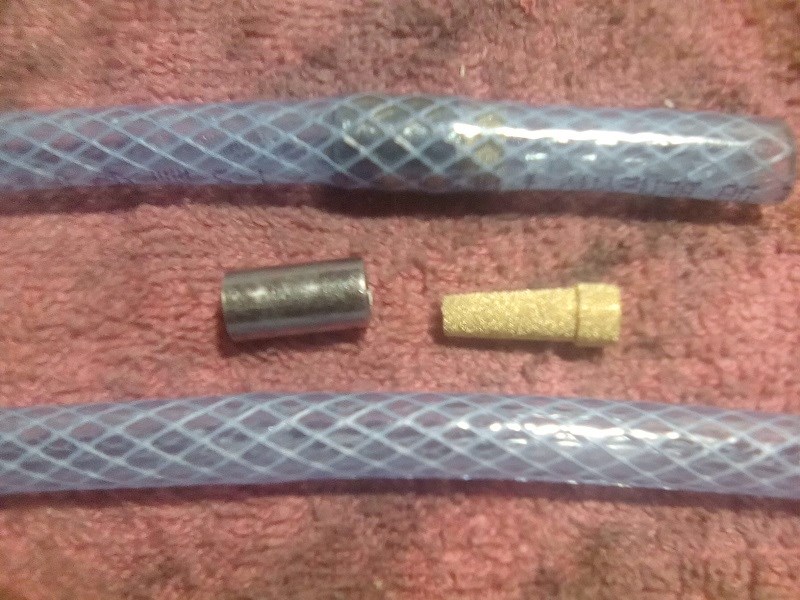