Ever wondered why some of these items are so much cheaper than the rest? A new reverse engineering video has just been released on YouTube today which provides some interesting insights, who knew than SAND was a component?

Thanks. This chap has some very interesting videos and regularly exposes downright dangerous electrical items.

In a way that only Americans seem able to do. Have you actually read what the adverts quote it for?

Here's a quote from a similar looking one costing more to post than to buy, and less than £3 total.

No mention is made of Bantams, no wiring diagram included. If you buy one you should have the knowledge required to know how to fit it and what it's limitations are. As an ex electronic engineer I see no problem with the circuit and what it is designed to do, though it could be better assembled - which would put up the price. I also see plenty of GY6 engined bikes on the roads which are fine as long as they are assembled and treated as they should be.

I did my engineering apprenticeship with the DGDQA, which was the quality assurance arm and f the UK MoD, so “quality” and its relativity is a subject I am well acquainted with.

There is always a balance to be struck between price, efficiency, longevity and profit.

Economies of scale, and advantages of buying direct from a manufacturer aside, it surely can’t be a surprise that parts bought for pennies are rubbish?

How is it the saying goes ?

You can buy a complete engine for that rectifier for £150!How do they do it?

I know how the question was rhetorical!

Most electronic stuff is built as cheaply as possible, nowadays. My point was that the circuit itself was OK, but that an improvement in assembly (basically a better connection between 'power' device and heatsink) would make a big difference. On looking at a typical GY6 wiring diagram it perhaps becomes more obvious that we have been trying to use these regulators incorrectly as they are designed for use with an ac lighting system. Thinking further, my Peugeot Scooter from 2001 had a similar regulator and ac lighting - the regulator was for battery charging and brake light - and still had the original when I sold it. I think I had tested a GY6 one in it at one point, just to see if it worked, and had no trouble. Perhaps they should be given another chance in a setup 'as designed'? After all, they are cheap as chips, even if cheap and nasty

Here is a diagram showing what I mean, ignore the cdi bit, a Bantam doesn't have enough coils and magnets for that!

Looking at the bottom circuit, the regulator is used for battery charging, brake light. If an  electric starter is fitted to the scooter, the battery is recharged once the engine is running and would only be pulling a few amps. We are trying to use it, in many cases, to recharge battery and supply current for ignition coil, lights, horn and anything else, which (as said before in regulator discussions) is too much for it. 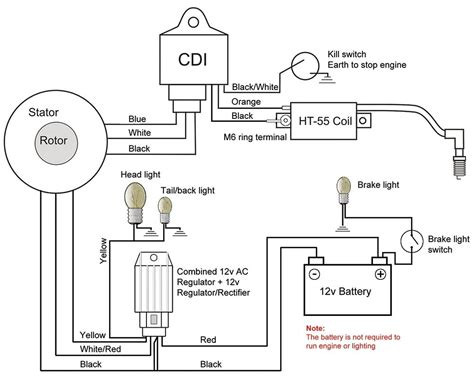 At the price, it might even be worth removing the epoxy lid, shaking out the sand and improving the heat sink connection before refilling with epoxy?

SpacedMarine said
As coco says with some decent thermal compound  👍🏼

OK, I had a bit of spare time this afternoon, plus a rec/reg from Aliexpress going spare, so I decided to see what was inside. I have given up. No movement from the epoxy when attacked from the back with dremel, hammer and chisel, so I sawed off one side. Result being that it is solid epoxy, no sand or other industrial rubbish. Pity in a way, I thought I might be able to have a play with it. 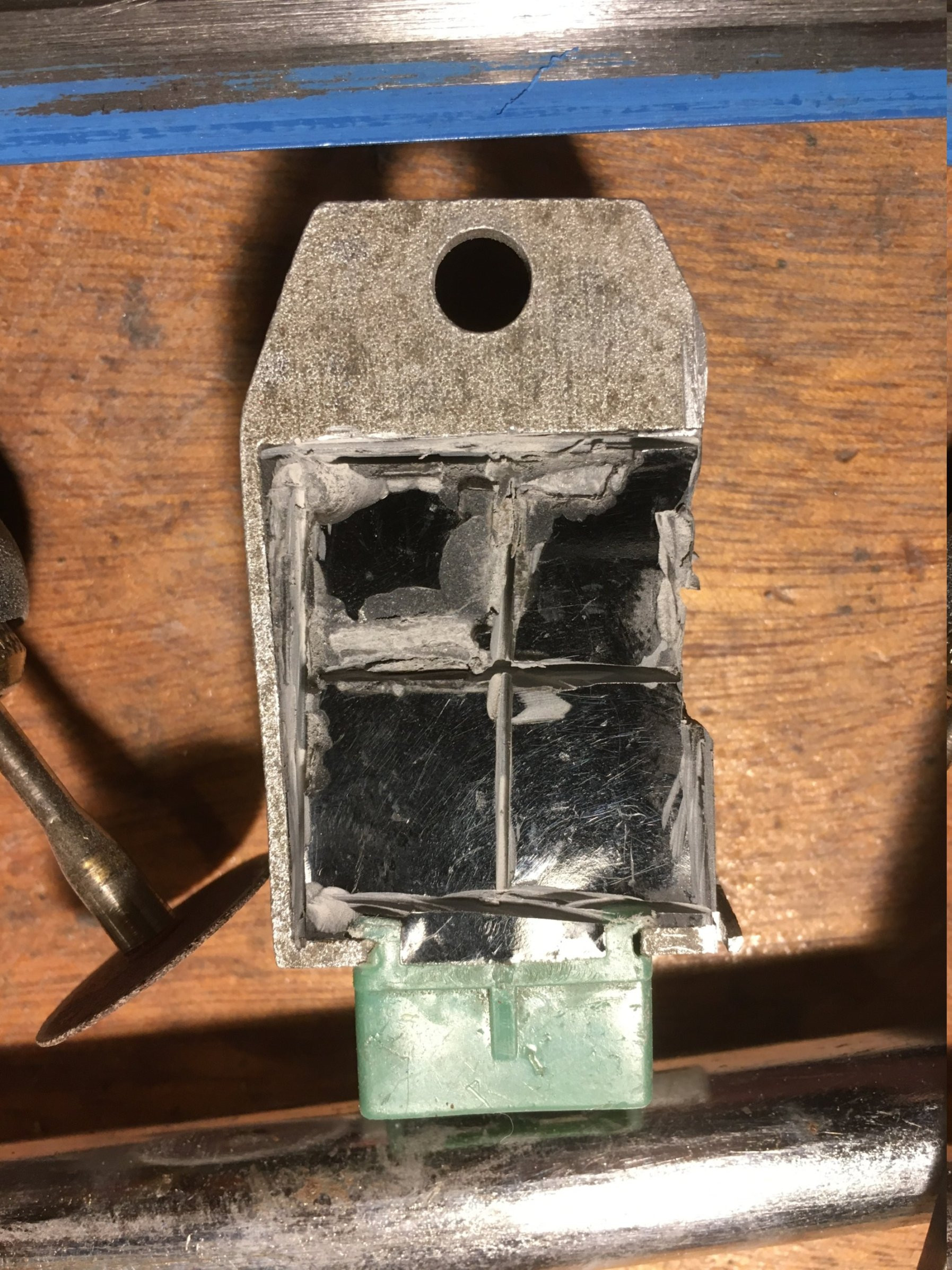 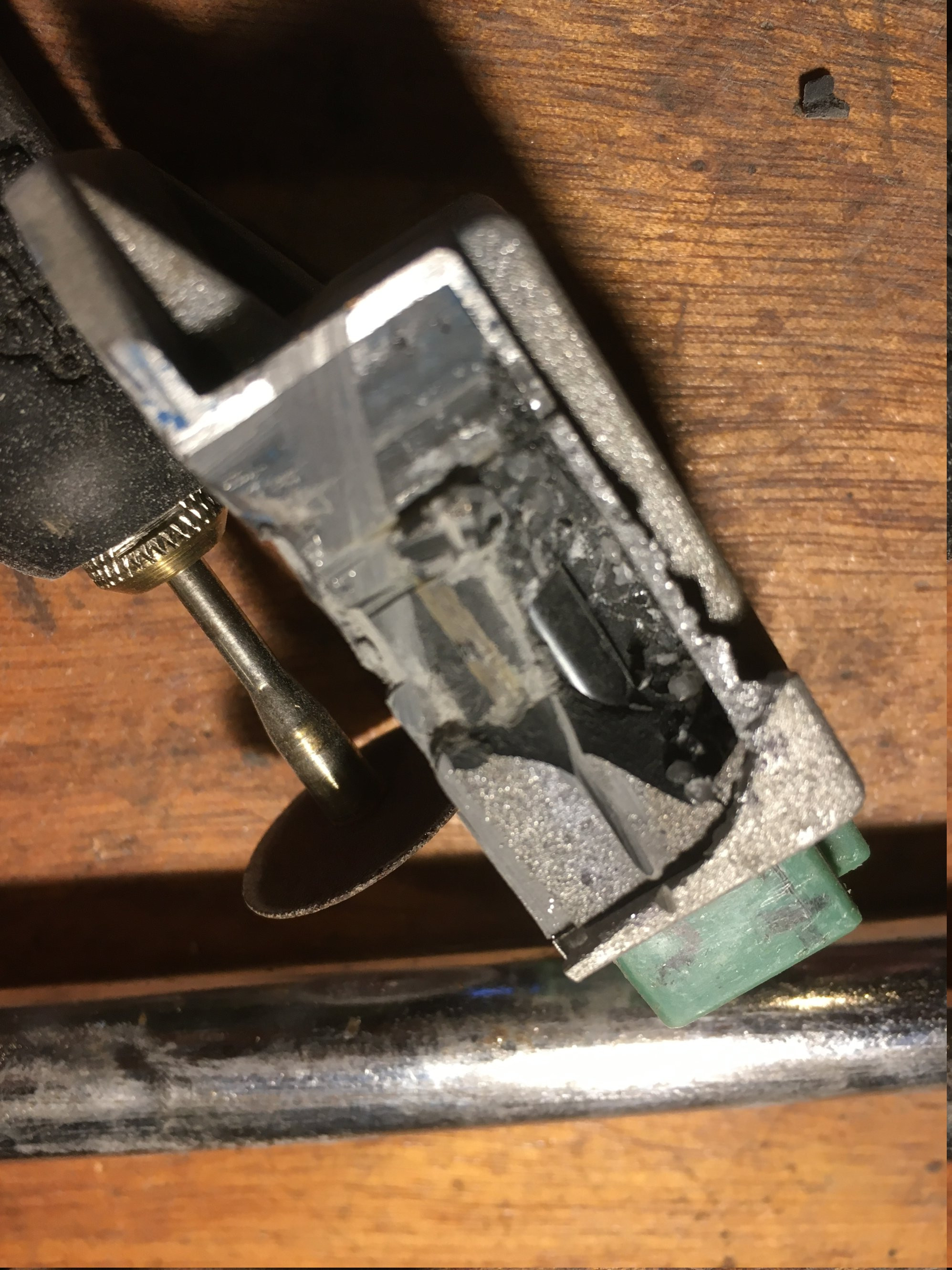 Definitely. I've used it a bit in some of my stuff in the past, but if you've made a mistake or something goes 'phut', you can never get inside again to fix it. Guess how I know ...

So if someone wants to fit LEDs to a direct lighting (6v) Bantam its probable that one of these cheap regulator/rectifiers will do the trick?

lbayorkie said
So if someone wants to fit LEDs to a direct lighting (6v) Bantam its probable that one of these cheap regulator/rectifiers will do the trick?

LEDs need a clean DC supply. They wouldn’t last a hundred yards with one of these.

I disemboweled one of those regulators a while ago
same as the one in video above it was advertised on ebay as 6 volt but was in fact 12volt
but before pulling it apart I tested it on a variable voltage and current input, it has an AC regulated output and only has a ½ wave DC output to charge a battery
it did work but the magic smoke came out of it just above 20watts
so not really much use on a bantam, but ok for an old Mopad
I have though used some of the very cheep £5 12v universal
regulator/rectifiers from ebay as below that can take 40watts DC out and run LED lights but it Must be used with a battery or battery eliminator
which work ok on the D1>D7 s55 gen with 3 lighting coils connected in parallel 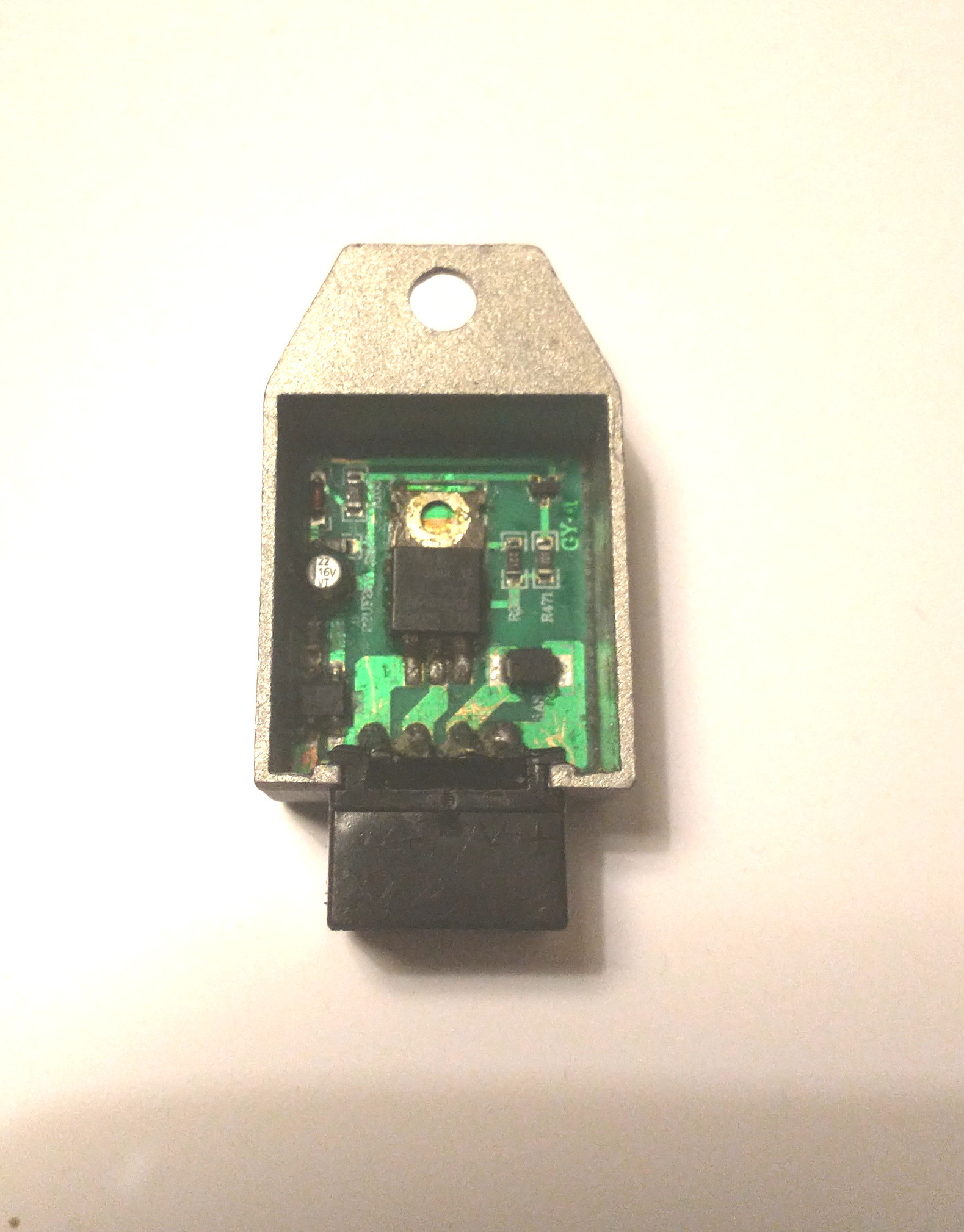 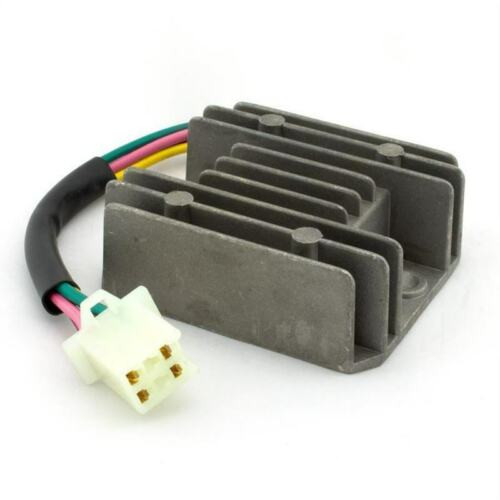 Excellent stuff, as ever, Mike. Thanks for that